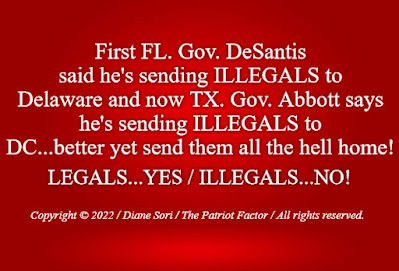 The US has imposed sanctions against Russian President Vladimir Putin’s inner circle, including his daughters.

The measures follow new revelations of atrocities by Russian troops in Ukraine, including images of bodies of civilians scattered on the streets of Bucha, near the capital Kyiv.

Russia says, without evidence, the images are staged by Kyiv officials. Even though satellite images have shown the civilians were killed when Russians were in control of Bucha, Mr Putin on Wednesday described the event as a “crude and cynical provocation by the Kyiv regime”.

Referring to the Bucha murders, US President Joe Biden said on Wednesday: “There’s nothing less happening than major war crimes.” “Responsible nations have to come together to hold these perpetrators accountable,” Mr Biden added.

Posted by Diane Sori at 6:51 AM No comments:

I wanted to vomit yesterday. We're back to this tired game again. the Obamacare messaging wars will never end, and they will never get old. It's another part of the left's sustained gaslighting campaign. Biden touted the number of Americans who now have insurance through Obamacare. This was never the original intention of Obamacare—it was all marketed as legislation that would cut costs, some $2 trillion over a decade. That didn't happen.

Remember when Obama said, "If you like your health care plan, you can keep it"? That was PolitiFact's 2013 Lie of the Year. What about affordability? Biden spoke at length about this flanked by Obama and Kamala Harris on the stage. Not true.

Guy has written at length for years about how this bill is not affordable to the working and middle classes. The premiums are immense and unsustainable. As Trump noted, you'd have to get hit by a Komatsu tractor to receive the benefits of this law. Even CNN admitted that Obamacare is not within reach for the middle class: