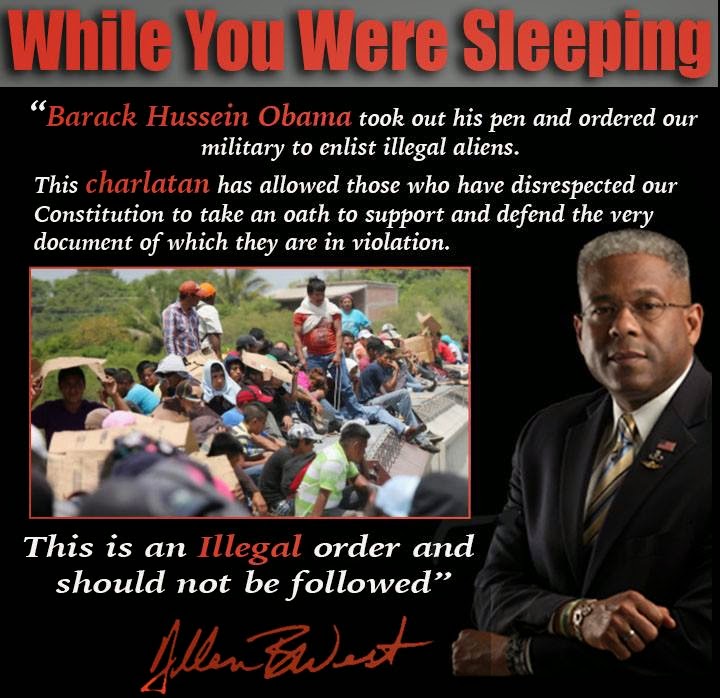 The Wattan.tv headline is: “Emirati Mansouri family disowns their daughter Mariam for participating in the United States bombing of Syrian targets.” “Mariam Al Mansouri: Female Pilot Disowned By Family For Bombing ISIS Terrorists In Syria,” Inquisitr, September 25, 2014 (thanks to The Religion of Peace):


Major Mariam Al Mansouri became the United Arab Emirates’ (UAE) first female pilot on the ISIS terrorist group terrorist group following the announcement that the United States would be leading a coalition of nations to use airstrikes against the Islamic State. While the world celebrates her success, the war has come home for Mansouri and reports are claiming the female fight pilot’s family has officially disowned her.

In a related report by The Inquisitr, the 35-year-old Major Mariam Al Mansouri was among three other women that were part of the attack on ISIS. She graduated in January of 2008 and she said that being a military almost entirely dominated by men was a dream she’s held for years.

“It was my aspiration. Ever since I finished high school, I wanted to learn flying because it was something that I liked in the first place. Being in the air force is a responsibility. I feel proud, especially that I am part of the first batch. And that encourages me to continue in this field. As a pilot, you have to study all the time, even after graduation. You have to continue training because the more hours you fly the more experience you accumulate.”

Mansouri led three other UAE F-16 pilots in the first airstrike and it’s said that when the “U.S. tanker pilots called in for air refueling and asked for the UAE mission and when they heard a female voice on the other side they paused for 20 seconds.” They then proceeded to drop bombs this week in coordinated attacks against Islamic State strongholds near Raqqa, Aleppo and Idlib.

Unfortunately, an Arabic language news site called Wattan.TV is reporting that Mariam Al Mansouri’s family has disowned her for these actions. Please keep in mind this is a Google translation and is extremely rough. The Inquisitr did attempt to clean up the translation, but it’s possible there were translation errors introduced in the process.


“The Mansouri family in the UAE announced Wednesday that they had Nbaraha [untranslated] of her daughter Mary because of her participation in the international coalition led by the United States to strike at civilian targets inside Syrian territory. The family also stressed their support for the Syrian revolution. The Mansouri family said in a statement published by news sites Arabic…. ‘We are the sons of the family of al-Mansuri in the United Arab Emirates announce to fill the innocence [translation error?] of the so-called Mariam Al Mansouri. We remind anyone who participates in international aggression on the Syrian people, led by the daughter of the rogue Mariam Al Mansouri, that the the Islamic State in the East and the West has a duty to defend issues of the nation. We exhort the jihad for the sake of Allah and the support of the Syrian Revolution. Blessed, in the face of the descendants of Ibn Alqami.’”

The Mansouri family also called for support for the Syrian revolution, calling for “all factions and battalions operating on the scene Shamiyah to unite and join forces and efforts to a single goal, which is to drop the Assad regime.” The family also appears to have announced support specifically for the ISIS terrorist organization, saying that their family is “honored heroes of the Sunnis in Iraq and the Levant.” The ISIS terrorist group is also known as ISIL, which stands for Islamic State of Iraq and the Levant, although it’s possible this similarity to the ISIS name may be a Google translation error.

OKLAHOMA BEHEADER’S Facebook Page has everything to do with Islam…EVERYTHING! 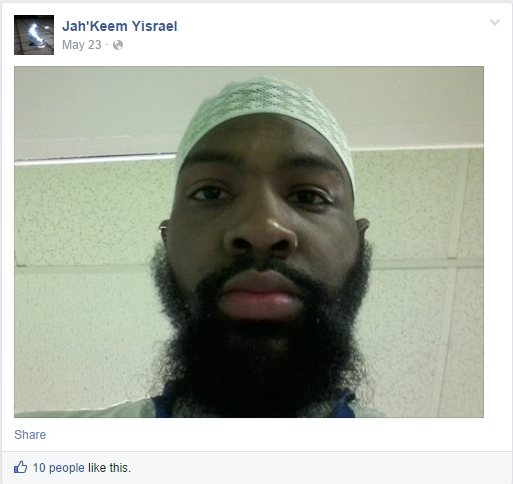 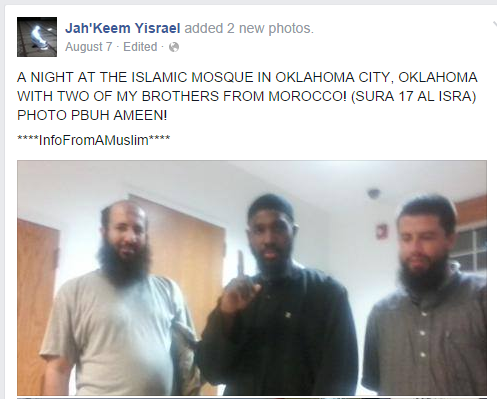 "If you like your health plan, you can keep it" was last year's Lie of the Year. When millions of cancellations stacked up, the game of make-believe was over. So the Democrats, hoping to survive another election cycle, shifted to a new mantra: they claim they want to fix the law. The facts show this is just another Obamacare lie.
The Democrat-controlled Senate has adjourned for the year without voting on any fixes.

The Senate only took up two Obamacare-related measures all year. One was a show-vote on the Supreme Court's Hobby Lobby decision. The other was a House-passed bill called the Hire More Heroes Act that removed employer mandate penalties on companies for hiring veterans on Tricare or VA health care. That bill passed the House 406 to 1 with only Jerry Nadler of New York opposed - but Senate Democrats decided to use it as a vehicle for an unrelated package of tax changes that they later pulled from the floor.

No other Obamacare votes allowed in the Senate all year, because Harry Reid has the reliable support of every Senate Democrat to ruthlessly block all amendments on the Senate floor.

It's true most Republicans want to repeal the law. Good. It's a terrible law and we'd be better off if it were repealed. But House Republicans have also recognized the need to provide immediate relief to millions of people suffering lost plans, higher premiums, higher taxes, shorter hours, and lost jobs. They have acted responsibly in the House by passing more than a dozen bills that fix the worst aspects of Obamacare.

Just recently the House passed a bill authored by Rep. Bill Cassidy of Louisiana to allow people who work for small businesses to keep their health plans. Last year the House passed a similar bill for people who buy their own plans on the individual market by a robust 261-157 margin. Democrats like Mary Landrieu and Kay Hagan claim to support a version of this bill in almost every stump speech, but vote with Reid to guarantee it will never actually come to the Senate floor.

The House passed a bill restoring the 40-hour workweek, hardly a partisan issue considering Jimmy Hoffa, Jr. has said that Obamacare's 30-hour workweek breaks the back of the middle class. It passed 248-179 in April, and again last week in the House jobs package. The Senate refuses to act.

The House also passed a bill in its jobs package that repeals the medical device tax, a terrible tax that undermines the medical innovation we all depend on for longer, healthier lives. The bill by Minnesota's Rep. Erik Paulsen is particularly important to his state economically because of its robust medical tech sector. Yet his Democratic Senate colleague Al Franken only pays lip service to it while voting with Harry Reid to prevent it from even getting a vote in the Senate.

Yesterday at Vaughan Foods a former employee decapitated one person and was stabbing another before he was shot to death by the company C.O.O. who may have stopped a massacre. The very last line of the article reads, "The FBI is 'probing whether (the killer's) recent conversion to Islam had anything to do with the attack.'"

The first reaction most people probably secretly have to that is, "Of course it did! Muslims and beheading go together like Peanut Butter and Jelly, don't they?" Incidentally, that was also probably their second reaction, because beheadings are just something that seem to happen with surprising frequency in areas teeming with Muslims. Violence and terrorism also go hand-in-hand with Islam and if you can't figure that out from watching the news, you could learn it from reading a history book.

Moreover today, there are Muslims all over the world committing acts of terrorism along with raping, murdering, and enslaving their fellow human beings specifically for religious reasons. These aren't bad people doing bad things who happen to be Muslims; these are bad people doing bad things BECAUSE they are Muslims. Just ask them; they'll tell you.

Every religion has people who do repellent things in the name of God, but there are big differences in the degree of their offenses, their numbers, and how they're treated. Just to give you a couple of examples, the Westboro Baptist Church claims to be picketing funerals in the name of God. There have also been a handful of people who have killed abortion doctors because of their Christian beliefs. Is this the equivalent to what's going on with Islam? No, not even close. For one thing, these loons don't even represent 10,000th of a percent of Christians and for another, they're almost universally, harshly, publicly condemned by other Christians.

On the other hand, a significant number of Muslims support Sharia Law, forced conversions, slavery, rape, terrorism and religiously-inspired violence and murder. When pollsters haven't been too cowed by political correctness to ask, these backward attitudes have been borne out in poll numbers again and again. Just to give you one example, here are some numbers from the 2013 Pew Poll of the Muslim world.

Oklahoma: Muslim BEHEADS Female Co-Worker At Food-Processing Plant, Starts to Behead Another Before being Shot, Tried to Convert Co-Workers to Islam

The Islamic ritual slaughter of beheading  has moved past Iraq, Syria, Algeria, Philippines and into the streets of London and now the American workplace.

Former co-workers said he tried to convert them to Islam after recently converting himself. The New York Daily News does not mention that salient fact in its coverage here but they will run vicious attacks on our jihad-awareness ads.

Sgt. Lewis confirms that Colleen Hufford was stabbed several times and that Nolen “severed her head.”

At that point, Lewis claims Nolen met 43-year-old Traci Johnson and began attacking her with the same knife.
Officials say at that point, Mark Vaughn, an Oklahoma County...

Today...the Saturday edition of RIGHT SIDE PATRIOTS live on CPR Worldwide Media from 11am to 1pm EST. And of course Craig and Diane will be discussing...among other things...the beheading in Oklahoma and the need for 'boots on the ground' if we're to take-out ISIS.

Hope you all can tune in.