To All My Blog Followers...

In case I am not on to do my blog for the next few days please do not think I've deserted you or shut my blog down, because I haven't. The thing is I am in 'the cone' of 'cat 3-4' Hurricane Matthew and there is a possibility of a direct Florida hit within the county where I live.

Either way...if it does make landfall here or not or just skirts up the coast...the next few days will not be pretty...we probably will lose power off and on making being on the computer iffy at best.

So to all my Florida blog followers stay safe, get prepared, and know that just like in times before we will make it through this as we Floridians are a tough lot having weathered many hurricanes before. 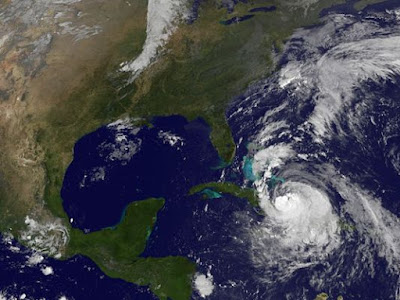 WASHINGTON – With just five weeks left until Election Day – and at least a dozen states already collecting early ballots – Donald Trump and Hillary Clinton’s right-hand men faced off Tuesday in the one and only vice presidential debate this election season.

At the beginning of the debate, Pence dominated by listing the issues — Obamacare, the Clinton Foundation and Clinton’s email server — that Trump failed to mention at the first presidential debate.

He noted, “The Clinton Foundation accepted foreign contributions from foreign governments when she was secretary of state.”

However, Kaine repeatedly interrupted with attacks on Trump.

Nonetheless, Pence drove on through the interruptions from both Kaine and Quijano, and he delivered some stinging rebukes of Clinton and Obama’s policies.

"It could all come down to Colorado."

That's the latest conventional wisdom from presidential poll watchers. But it may not be legal American citizens in my adopted home state who choose the next commander in chief.

Instead, it could very well be foreign noncitizens voting illegally in the Rocky Mountains -- and in other crucial swing states -- who seal our country's fate.

Former Colorado Secretary of State Scott Gessler identified nearly 5,000 noncitizens in Colorado who voted in the 2010 general election. Gessler's office uncovered upwards of 12,000 noncitizens registered to vote. Liberal groups who oppose stronger election system protections attacked him for trying to verify citizenship status -- because God forbid public officials sworn to uphold the rule of law actually do anything to enhance the integrity of our election system!

Compounding the problem: The militant immigration expansionist group Mi Familia Vota, connected with the Service Employees International Union, has ramped up its efforts in swing states to facilitate naturalization and registration of Latino voters who will promote the open-borders agenda at the polls.

Another rare defender of American sovereignty, Kansas Secretary of State Kris Kobach, fought in court for his state's right to require citizenship documents from people who register to vote at motor vehicle offices. Last month, a federal appeals court struck down the Kansas law despite the U.S. Constitution's conferral of responsibility for determining who may vote to states.


For those who missed today's RIGHT SIDE PATRIOTS broadcast it will be repeated throughout the week (including at midnight tonight) on America Political Radio bit.ly/2cpXuRd

Or you can hear it on the cloud any time you'd like by clicking this link: https://soundcloud.com/right-side…/right-side-patriots-10416