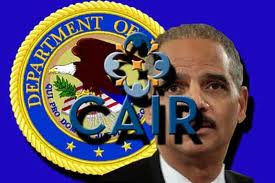 Enraged that they can’t get their mosques built fast enough and big enough in America, the litigation jihadists at CAIR (Council on Anti-American Islamic Relations) and their allies in the Obama Regime will try to prove that ‘prejudice’ rather than genuine zoning issue concerns are behind the growing number of mosque denials across the country.

It isn’t prejudice against Muslims, it is justifiable hatred for Islam and the terrorist training centers that many mosques are fronts for.

The Hour (H/T Sharona)  While Norwalk, CT’s recent rejection of a proposed mosque on Fillow Street is not among them, the DOJ’s investigations elsewhere are real. Of the 28 cases, 11 have resulted in full investigations and four remain open.

“Of the 11 investigations opened since 2000, two resulted in the filing of DOJ lawsuits that were resolved by consent decrees, three resulted in the local government voluntarily permitting the mosque, one led to a settlement of a privately filed lawsuit, four are currently pending, and in one case we determined that further action by the department was not warranted,” said the official, speaking on the condition of anonymity.

The department is now reviewing a case in West Haven to determine if an investigation is warranted, the official said.

There is no evidence to suggest the department is investigating the recent decision by the Norwalk Zoning Commission to reject Al-Madany Islamic Center of Norwalk’s plan for a mosque/multi-purpose hall at 127 Fillow St.

The commission voted 4-3 last Wednesday night to deny the special permit needed to construct the 27,000-square-foot structure in a residential zone. 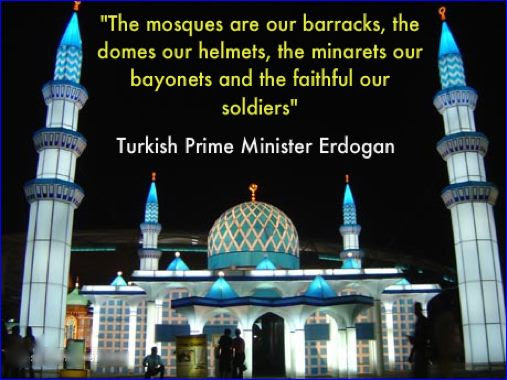 Mayor Richard A. Moccia on Thursday said the decision was well-thought out and had nothing to do with religion. ”It had to do with density, size and traffic,” Moccia said. (And even if it doesn’t, we will continue to make the case that it does to keep out the Muslim infiltrators) They know that what they're doing is wrong, too -- look at how they try to strongarm the Daily Caller for reporting on this.


Hamas-linked CAIR is an unindicted co-conspirator in a Hamas terror funding case -- so named by the Justice Department. CAIR operatives have repeatedly refused to denounce Hamas and Hizballah as terrorist groups. Several former CAIR officials have been convicted of various crimes related to jihad terror.

CAIR's cofounder and longtime Board chairman (Omar Ahmad), as well as its chief spokesman (Ibrahim Hooper), have made Islamic supremacist statements. Its California chapter distributed posters telling Muslims not to talk to the FBI.

"Administration admits to ‘hundreds’ of meetings with jihad-linked group," by Neil Munro in the Daily Caller, June 8:


President Barack Obama’s deputies are holding “hundreds” of closed-door meetings with a jihad-linked lobbying group that is widely derided by critics as a U.S. arm of the theocratic Muslim Brotherhood.

The admission of meetings with the Council on American-Islamic Relations came from George Selim, the White House’s new director for community partnerships, which was formed in January to ensure cooperation by law enforcement and social service agencies with Muslim identity groups in the United States.

“There is hundreds of examples of departments and agencies that meet with CAIR on a range of issues,” he told The Daily Caller, after being asked if his office refuses to meet with any Muslim groups.

CAIR is “the group with the worst record of deception and the deepest ties to terrorists,” said Steven Emerson, the director of the Investigative Project on Terrorism, which tracks the public activities of Islamist lobbying groups.

“The White House is so clueless and/or compromised” when dealing with the brotherhood, said Robert Spencer, the author of several books about Islam and jihad. CAIR, he said, is “the political front of a radically repressive, Jew-hating, woman-hating organization.”

The House of Representatives last month prodded the Department of Justice to end all contacts with CAIR.

“The [appropriations] committee understands that the Federal Bureau of Investigation (FBI) has an existing policy prohibiting its employees from engaging in any formal non-investigative cooperation with CAIR [and] the committee encourages the attorney general to adopt a similar policy for all department officials,” said the committee report accompanying the 2013 Commerce, Justice, Science Appropriations bill, passed in mid-May by the House.

TheDC interviewed Selim during a June 7 State Department conference on diversity that was hosted by the Office of the Special Representative to Muslim Communities.

After he admitted the extensive ties, Selim declined to explain further. He walked away, but returned to insist to TheDC that it cannot record his comments.

The office’s deputy director, Adnan Kifayat, also berated TheDC for taping the interview with Selim. “That was wrong… it is really bad form,” he said.

“You’re putting a career at risk by asking [questions] without telling him… you cannot ambush people and expect them to actually cooperate,” Kifayet said, adding that TheDC could have committed a felony by recording Selim when he was using a cellphone shortly before the interview. 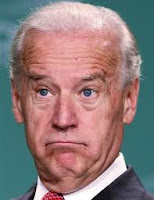 At Friday’s White House press conference Obama made a political misspeak the like of which makes Joe Biden’s faux pas seem like a walk in the park.
With six little words, Barack Hussein Obama made the day for Mitt Romney when he said, "the private sector is doing fine."
Just what planet does this man live on!
As Obama continues true to form in blaming everybody but himself for the flailing economy, including Congress, and even saying that Europe's economic policies are causing his own domestic economic policies to fail, (hey, he forgot to blame Bush), Mitt Romney asked "Is he really that out of touch?"
Yeah, he is, and Obama has now opened himself up to being seen as the one who is truly out of touch with reality NOT Mitt Romney.
Good for our side for sure, and we didn’t have to do a thing...his own stupidity is doing him in.
With the nation's current 8.2 percent unemployment rate (after 40 straight months of the rate being over 8%); with 23 million Americans unemployed, underemployed or dropped out of the labor force; with the economy growing at a meager 1.9% in the first quarter; with the median income dropping by 10% over the last four years; and with record home foreclosures, Barack Hussein Obama still just doesn’t get it.
It’s as plain as the nose on your face that Obama just does not even want to understand how this or any economy works; nor does he want to understand the simple basic economics 101 lesson of you cannot spend more than you take in; nor does he want to or even care to understand that his failed policies continue to impact the economic struggles that ‘We the People’ face on a daily basis, all the while continuing to say that Congress needs to act to help boost jobs, ignoring the fact that it’s the Democratic controlled Senate that knocks down each and everything the Republican majority House proposes.
Partisan politics at its worst and most shameful.
Adding insult to injury, credit agency Standard & Poor’s stated last week that neither the private sector nor the public sector was prospering, and that the long-term credit rating for the United States will remain at AA+ with our future outlook remaining negative.
Not good, not good at all.
With more and more voters now becoming convinced that if this president is re-elected out of control spending and taxes will indeed go up, Obama insists on continuing singing his tired old song that the ‘haves’ do not do enough to carry the ‘have nots.’
What Obama really means is that the ‘haves’ are starting to refuse to carry the 47% that pay NO taxes...the 47% who will vote for him because they know he won’t cut off their free ride.
That’s all that Barack Hussein cares about...getting re-elected so he can continue down his twisted, perverted path of totally destroying our nation’s economy, and then rebuilding it in the socialistic model he so admires.
To that, ‘We the People’ say, ‘NO WAY’!  We’ve had enough of Barack Hussein Obama and his programs, policies, laws, and sneaky Executive Orders that go against everything our Constitution stands for.  But at the rate Obama keeps going we’ll be able to sit back a bit and enjoy the ride as Obama’s own BIG mouth continues to do him in.
I guess he’s been hanging around Joe Biden a bit too much lately.
Posted by Diane Sori at 9:56 AM 8 comments: