RIGHT SIDE PATRIOTS...for those who missed last night's show (or just want to listen in again) where Craig and Diane discussed 'Winning...Courtesy of a 4.1% GPD'; 'Socialism 101 and the Ultimate Irony'; and important news of the day...you can listen to it at your convenience on SoundCloud at: https://soundcloud.com/right-side-patriots-260798913/rsp-arch-7-31-18

Mexican national Heraclio Osorio-Arellanes, who has been charged with the first-degree murder of Border Patrol agent Brian Terry, was extradited to the United States Tuesday night for prosecution by the Department of Justice. Osario-Arellanes was arrested by Mexican authorities in April 2017.

“The Department of Justice is pleased that the suspected killer of Border Patrol Agent Brian Terry has been successfully extradited to the United States and will now face justice for this terrible crime,” said Attorney General Jeff Sessions. “We are grateful for the efforts of the Federal Bureau of Investigation, U.S. Marshals Service and U.S. Customs and Border Protection as well as our law enforcement partners in Mexico. To anyone who would take the life of an American citizen, in particular an American law enforcement officer, this action sends a clear message: Working closely with our international partners, we will hunt you down, we will find you, and we will bring you to justice.”

This will be more Left-wing bias, and more censorship of views that dissent from the Left’s agenda, since it is certain that the “experts in Islam” that Twitter has hired are apologists who insist it is a religion of peace, not people who actually know and are willing to state what is in the Qur’an […]
Read in browser »

Iran has initiated a lawsuit within the International Court of Justice, ICJ, against the United States, hoping to win a reprieve from the harsh sanctions enacted by this White House administration.

The formal complaint was launched earlier this month.

That President Donald Trump imposed too strict of sanctions and that in so doing, violated the terms of the international treaties.

From the Washington Free Beacon:

U.S. officials are fighting against a recently filed lawsuit by Iran in the International Court of Justice, or ICJ, that seeks to block the imposition of harsh new sanctions on Iran by the Trump administration, according to multiple U.S. officials who spoke to the Washington Free Beacon.

Read entire article and see video here: https://gellerreport.com/2018/07/iran-sanctions-icj.html/
Posted by Diane Sori at 8:01 AM No comments: 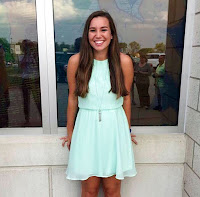