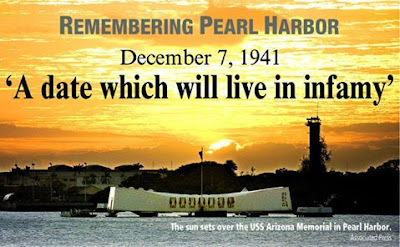 The State Department on Tuesday admitted that President-elect Trump can kill the Iran deal if he so chooses, despite Iran saying there was “no possibility” it could be overturned.

“It’s not a formal treaty, and, of course, no one else can prevent any party to this agreement from walking away,” spokesman Mark Toner told reporters Tuesday. "The counterargument is, why would anyone walk away? Because it’s effective.”

Iranian President Hassan Rouhani said Trump’s actions wouldn’t affect the country. “He may desire to rip up the deal. Do you suppose we will allow this this?” he said in a speech Tuesday.

Leaders in the country also said extending expiring legislation that levied sanctions on Iran would violate the terms of the deal, but Toner said this isn’t true.

“We obviously reject those views,” he said. "We’ve been very clear that what we call a ‘clean’ extension of the Iran Sanctions Act is entirely consistent with our commitments in the [Iran deal].

“And, in any case, Secretary [of State John] Kerry would retain waiver authority and would continue to waive all sanctions, the relevant sanctions authorized by the legislation. And that’s what we committed to do in the [Iran Deal] and so we retain that capacity, I guess, is the point.”

Trump has long vowed to renegotiate the deal if he were elected, calling it a disaster as it currently stands.

Uh Oh: Half Of Detroit's Ballots Might Be Disqualified Due To Errors

Yesterday Leah wrote that a Michigan judge ordered the recount challenge filed by Green Party candidate Jill Stein to move ahead, but it appears there are problems in the heavily Democratic Wayne County which encompasses Detroit. About half of the votes could be disqualified due to problems with the ballots. If things don’t match up, then these votes cannot be included in the recount (via Detroit News):


One-third of precincts in Wayne County could be disqualified from an unprecedented statewide recount of presidential election results because of problems with ballots. Michigan’s largest county voted overwhelmingly for Democratic candidate Hillary Clinton, but officials couldn’t reconcile vote totals for 610 of 1,680 precincts during a countywide canvass of vote results late last month.

Most of those are in heavily Democratic Detroit, where the number of ballots in precinct poll books did not match those of voting machine printout reports in 59 percent of precincts, 392 of 662.

Angela Merkel has called for a burqa ban in Germany and said the refugee crisis “must never be repeated.” Is this the same Angela Merkel? “A situation like the one in the late summer of 2015 cannot, should not and must not be repeated,” she said. “That was and is our, and my, declared political […]

The left is completely and utterly out of power. They have nothing but time on their hands to accomplish long sought-after goals.

Destroying free speech is top of their list. Their objective now is to destroy Trump’s presidency and anyone who supports him.

The left still controls the media, academia and the culture (movies media, music), and they mean to wield this club unmercifully. Their enemy? The truth. How to silence the truth? Call it “hate speech,” or now “fake news,” and ban it.

Our history is rich with a cacophony of diverse voices. During the 1800’s, there were thousands of different newspapers and pamphleteers — all raucous and loud. It wasn’t until the 20th century that the consolidation of myriad media companies led to a small handful controlling the flow and framing of news and information.


By 1835, the United States was making newspaper history. Newspapers had freed themselves from government control over content, and there were more newspapers and newspaper readers than in any other country…

The left wants that control back.

Read entire article here: http://pamelageller.com/2016/12/fake-news-fake-story-designed-silence-right.html/
Posted by Diane Sori at 9:38 AM No comments:

For those who missed last night's special RIGHT SIDE PATRIOTS broadcast on the truth about the 'Religion of Peace,' the show will be rebroadcast tonight at midnight and throughout the week on American Political Radio bit.ly/2cpXuRd

Or you can listen to it at the time of your choosing on the cloud at:
https://soundcloud.com/right-side-patriots-260798913 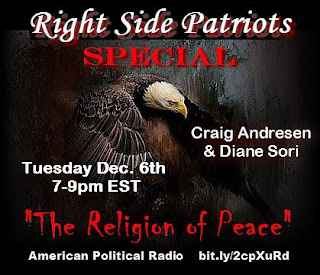