Russia Advises Citizens Not to Travel Over New Year's

MOSCOW — The head of Russia's consumer protection agency is advising Russians not to travel out of the country over the 10-day New Year's holiday because of an array of health risks.

Security risks already have been cited as reasons not to travel to some of Russians' favorite vacation spots: Egypt, Turkey and Thailand.

Anna Popova, head of Rospotrebnadzor, told the Interfax news agency on Saturday that Russians should also be wary of traveling to Europe and the United States as well.

In Europe, she claimed refugees from Syria were increasing the risks of getting an infection. In the U.S., she pointed to the 10-15 cases of bubonic plague recorded this year.

The Russian government has been trying to encourage citizens to spend their vacations and their money at home.
Posted by Diane Sori at 10:24 AM 1 comment:

Email ThisBlogThis!Share to TwitterShare to FacebookShare to Pinterest
NEVER forget...
Always honor those lost and those who survived. 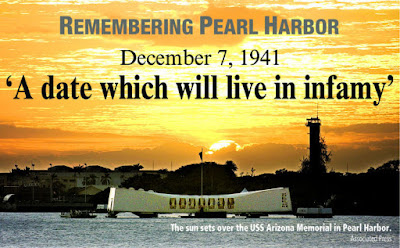 Email ThisBlogThis!Share to TwitterShare to FacebookShare to Pinterest
The Truth Is Coming Back
By: Diane Sori and Craig Andresen / RIGHT SIDE PATRIOTS 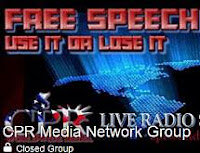 Over the past few days, we have been asked, “what happened to CPR?” Many of our readers and listeners have wanted to know why we weren’t on the air and why the CPR station wasn’t active.

It’s time to provide some answers.

There are two old adages that come to mind... first...all good things must come to an end, and regrettably that is the case with cprworldwidemedia.com. Due to the serious nature of the network’s CEO’s health concerns, he is no longer, at least at this time, able to keep the station up, running, and active.

Several of us, in his absence, did all we could to keep CPR a viable entity but at the end of the day, we simply lacked the proper resources or the necessary protocols to continue. Sadly, last week, we were left with no choice but to allow the lights to be turned off, the doors to be locked, and the station to go dark.

RIGHT SIDE PATRIOTS had been airing on CPR since February of 2014 with our twice weekly live shows and numerous recasts, and over that time span we had grown a sizable audience of those wishing to hear the 'unfiltered truth.'

We can’t thank you enough for your support and dedication throughout the RIGHT SIDE PATRIOTS run on CPR and we know we speak for all involved, from the other talk show hosts to our music DJ’s, when we say that you, the listeners, have meant the world to us.

Yes, CPR had its detractors, petty small-minded people consumed with hate and jealousy whose primary concern was trying to disrupt the day to day business of operating a radio network but compared to the Obama regime, assorted jihadis threatening us with fatwas, and the ilk of the Jordanian King’s efforts to silence not only RIGHT SIDE PATRIOTS but CPR as a whole, those individual detractors were mere pests to be shooed away like gnats at a picnic.

The next and most obvious question would be...will CPR ever return and to be perfectly honest we simply do not know. The first order of business for our former CEO is to get his health back on track, and unfortunately, that’s going to be a long road to travel. Our CEO's wish is to get well, come back, and restart CPR at some point and we wish him all the best in those respects, but right now time is of the essence as we have so very many dire issues to face as a nation, threats from evil ideologies, an election to win with the primary season now less than two months away, and economic turmoil at home.

Having CPR’s doors shuttered and the station dark, at least for now, is a blow in that it takes away an avenue of truth from us to the general public.

This is where the second old adage comes into play...with every ending there is a new beginning and so it will be for RIGHT SIDE PATRIOTS and several of the most dedicated people we have had the honor to be associated with over the past couple of years.

Diane and Craig, the RIGHT SIDE PATRIOTS, along with Darren Lee, Bobby Brown, Scott Legler and Dennis Vespi, have decided to take our skill set and launch a whole new online radio network, and we couldn’t be more excited about it.

All of us involved bring unique skills to the table. Diane Sori brings a women’s perspective, her investigative talents, and her insightful op-ed style to bear; while Darren Lee adds his business acumen and an international flair from 'down under' to the mix. Dennis Vespi is a consummate interviewer whose featured music/talk program has become a fan favorite. Bobby Brown’s talents can be found in two arenas...he’s an IT specialist, and in the world of internet radio his abilities are most coveted, and he also works the DJ booth bringing great music and entertainment with him on this new journey. Scott Legler, a businessman with a keen sense of priority, is also a fantastic DJ doing shows and live mixes that are always a party. And then there’s Craig Andresen...our resident 'King of Snark'...whose hard hitting articles and commentary are intermixed with just the right taste of biting sarcasm to drive even the most absurd point home. Craig also has a 12-year stint in 'terrestrial' radio under his belt which serves this new venture well. 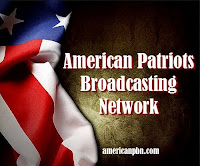 Together, we are starting anew, from where CPR left off with a new internet radio network... American Patriots Broadcasting Network...and we are very excited.

There is much to do and we have set ourselves a target date of January 2, 2016 to launch our network. The website is being built, the servers are in hand, we are lining up a schedule that will include 24/7/365 News, Conservative Talk, and Music Shows, with some of your old favorites now getting on board. We will also have a new FB group up and running soon.

A few notes of importance...first...American Patriots Broadcasting Network is NOT blogtalk radio...we are a full-on 24/7/365 internet network, fully licensed, and ready to deliver the highest quality listening experience to our audience. Second...our website, currently under construction, will be second to none with news, articles, our program schedule and player, all easily navigational and fully operational. Third...our sponsors are already lined up and ready to roll out with us in just a couple of weeks. And lastly...we will be endeavoring to bring new talk and live music shows on board very soon.

While we wish nothing but the best and a return to good health to our former CEO, we know that our mission simply cannot wait, cannot be delayed as the truth must be presented in every and any forum available to us which is why we have joined forces with like-minded patriots from around the world to launch the American Patriots Broadcasting Network and we hope that you, our friends, fellow patriots, listening audience, and seekers of the truth will join us...on our new website, on our new FB group, and on-the-air starting with RIGHT SIDE PATRIOTS... Saturday, January 2, 2016 at 11am to 1pm EST.

Ladies and gentlemen...THE TRUTH IS COMING BACK!!!
Posted by Diane Sori at 12:00 AM 4 comments: