For all who wonder if Obama is a muslim this video says it all and says it in Obama's own words in his own voice.

Is there anyone else out there who is as frustrated as I am that the presidential candidates are not debating the issues Americans worry about most?

With few exceptions, the last GOP debate seemed to be about issues that do not even make the top-10 list of the voters' deepest concerns -- or even make the list at all.

A self-absorbed, egotistical Donald Trump is repeatedly telling voters how successful he is, but I have yet to hear him lay out a detailed plan to get the mediocre Obama economy running on all cylinders.

Instead, we are subjected to Trump's insulting, infantile remarks about Carly Fiorina's face -- for which he refuses to apologize.

After last week's debate, GOP pollster David Winston was just as frustrated that the Republican debate didn't focus on the economy, which is far and away the No. 1 issue in every voter poll.

"Whenever the candidates are not talking about jobs and the economy, they're off on the wrong topic," Winston said.

James Pethokoukis, an economics scholar at the American Enterprise Institute, went through the transcript of Wednesday's debate to count the subjects that came up for discussion.

The Purpose of Vacuums

As I write this missive, it is Monday morning and I am in New York City at the Roosevelt Hotel. I am here for the London Center for Policy Research American Liberty Award Dinner. I did my NYC ritual of running Central Park and here in the room typing I heard the housekeepers start their ritual of taking care of the cleaning and maintenance of the floor – the sounds of the vacuums.

The intended purpose for vacuums is to clean, pick up dirt that we cannot often see with the naked eye. They are also helpful in clearing up debris and water after disasters. I remember one of my chores growing up in 651 Kennesaw Avenue in Atlanta was to vacuum the house. We had a monstrous Hoover system, man was that thing loud, but it did the job. And you knew so when you changed out the bag and saw what it had picked up.

But when it comes to foreign policy there is another type of vacuum.

Back in August 2011 I was part of a Congressional delegation visiting Israel and we had the pleasure of meeting with Prime Minister Benyamin Netanyahu. I will always remember his warning about vacuums, he advised us to not withdraw our military force footprint from Iraq. PM Netanyahu stated that if you create a vacuum it will be filled.

It is increasingly obvious that this was a staged, planned attempt to create an “Islamophobia” event and intimidate people into not reporting suspicious activity by Muslims. Now with this detail, the question must be asked: was Obama in on the plan from the beginning? We may never know for sure, of course, since the mainstream […]

Ahmed the clockmeister is going to the UN. The Pope, President, Obama, 97 world leaders and Clockmed. You just know this is Obama’s skulduggery.

I imagine every Muslim school student is dreaming up ways to scam the system in a similar fashion.

He invented nothing. He took apart a digital clock and stuffed into a briefcase, making something resembling a time-bomb. He knew it looked like a bomb. Ahmed...

Email ThisBlogThis!Share to TwitterShare to FacebookShare to Pinterest
Wishing all my blog followers of the Jewish faith
a peaceful Yom Kippur.
May your fast be easy and may good things only be your fate as sealed in God's Book of Life. 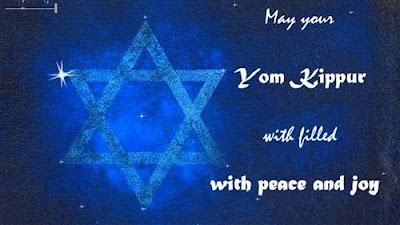