Waters brushes off judge’s criticism over ‘confrontational’ comment, claims he said her words ‘don’t matter'
Waters has been criticized by Republicans who called her comment reckless
By Edmund DeMarche | Fox News

Rep. Maxine Waters, D-Calif., appeared to shake off comments by the judge in the Derek Chauvin murder trial who said her "confrontational" remarks during a weekend protest in Minnesota could result in "this whole trial being overturned."

Judge Peter Cahill was asked by Eric Nelson, the defense attorney, to declare a mistrial due to prosecutorial misconduct and Waters’ comments at a Brooklyn Center protest on Saturday night.

Email ThisBlogThis!Share to TwitterShare to FacebookShare to Pinterest
FL Sheriff Has Some Advice for the 'Millions' of People Moving to the State on How to Vote
Julio Rosas / Townhall Tipheet

Polk County Sheriff Grady Judd made it clear to people who are moving from blue states to Florida to not bring their blue politics with them.

Judd made the comments at the press conference where Gov. Ron DeSantis (R) signed an anti-riot bill into law on Monday.

"I’ve got something I want you to see. This is what we enjoy in Florida. This is the Florida we know and love. This is what our Governor, our Speaker, our President, this is what all these law enforcement officers and administrators and sheriffs and police chiefs and their officers do every day.  They guarantee an environment where you can come here and have fun," Judd said while holding up pictures of the beach and Disney World. 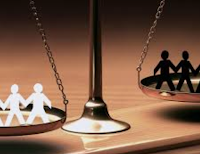 ...it's simple common sense alone that should dictate that while all individuals do deserve the same opportunities and treatment as part of their birthright, reality has shown that the actions of some have not only tainted the sum of the whole, but that said actions have actually denied me and you the very “unalienable rights” they demand for themselves...

Today, Tuesday, April 20th, from 7 to 9pm EST, RIGHT SIDE PATRIOTS Craig Andresen and Diane Sori discuss 'An Imbalance of Justice'; 'Not a Martyr... Just Another Moron'; and important news of the day.

Hope you can tune in to RIGHT SIDE PATRIOTS on https://rspradio1.com. Click 'LISTEN LIVE' starting at 6:50 pm EST with the show beginning at 7pm EST.
Posted by Diane Sori at 7:05 AM No comments: