Voter fraud findings are now everywhere not just on the national level but on state and local levels as well. And the act of voter fraud lies not just with the ballots cast, but also with a news media so entrenched in Democrat rhetoric that they have become the purveyors of partisan one-sided reporting. Now deeming themselves powerful enough to be the deciders of who won the 2020 presidential race...a race they had no legally authority to call...a race contested and now in the courts...the truth is that the media itself is committing fraud of sorts for how can an election, especially a presidential election, be fair when when one candidate is always portrayed by said media as a hero while the other candidate they always portray as the devil incarnate...

Today, Friday, November 13th, from 7 to 9pm EST, RIGHT SIDE PATRIOTS Craig Andresen and Diane Sori discuss 'Houston...We Have a Voter Fraud Problem'; 'No Joe, I Don't Think So;' and important news of the day. Hope you can tune in to RIGHT SIDE PATRIOTS on rspradio1.com. Click 'LISTEN LIVE' starting at 6:50 pm EST with the show beginning at 7pm EST.

HUGE: Judge Orders Pennsylvania Segregated Ballots Should *NOT* Be Counted

Judge orders segregated ballots should *not* be counted. It rules the PA Secretary of State “lacked statutory authority” to override election law. Critically, the state has a Republican state legislature. 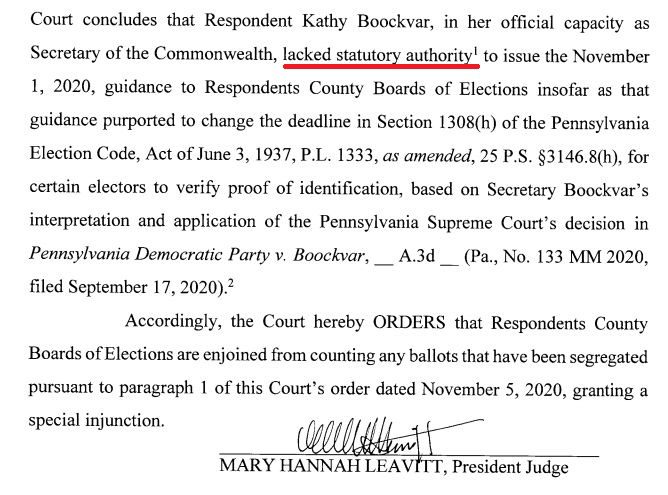