Op-ed:
On Easter Sunday...the Jews, the Crucifixion, and the Resurrection
By: Diane Sori / The Patriot Factor / Right Side Patriots on American Political Radio

Today is both Easter Sunday and the second day of Passover...two holy days forever linked together for this is the time when the Christian faithful celebrate the Resurrection and the Jewish faithful celebrate Moses leading their ancestors out of bondage in Egypt so many years ago. But sadly, it is also the time when some of the Christian faith will once again bring up the old hatreds that the Jewish people killed Jesus, when nothing could be further from the truth.

Before you discount my words, please read what I have to say.


Six simple words...the Jews did not kill Jesus...says it all for it was the Romans alone that had Jesus crucified thus causing his mortal death. Remember, Pope Benedict XVI "affirmed that the Jewish people bear no collective guilt for the crucifixion of Jesus Christ" and publicly apologized for the Catholic Church wrongly accusing the Jewish people of causing the death of Jesus Christ. And know that most contemporary Christian theologians rightfully acknowledge that the Jews...who were mostly slaves of the Romans at the time of the crucifixion...could not, given their low societal status, possibly have influenced the all-powerful Romans to do what they did.

In fact, the Pope in his discourse placed blame on two specific groups for the death of Jesus. First his Holiness placed blame on the so-called  "Temple aristocracy" who were "anxious" to forestall a Roman crackdown on the Jewish people and second, he blamed the crowd that gathered in support of Barabbas, a crowd who shouted for the convicted man's life not Jesus' release. Pope Benedict also stated in his discourse that the ultimate culpability for Jesus' death lay upon the sins of mankind, but if the tangible truth be told the Jews of Judea had no direct part in the death of Jesus for he was put to death under the direct orders of Pontius Pilate, and it was Pontius Pilate alone who could have stopped the crucifixion but willingly and of his own "free will" chose not to.

Remember, the Jews were entirely at the mercy of the Romans, and to even think that the Jewish people pressured the Romans to kill Jesus, as some erroneously contend, is just not fact. So while the Romans did view Jesus as a threat because they considered him to be a political rebel and an "enemy of the state," the truth remains that Pontius Pilot did not need to take orders from the Jews or from the Pharisees in regards to whom should or should not be put to death.

But to be honest, some of Jesus' accusers were indeed Jews but so many others were not, and it’s foolish to say or even to imply that the Jews of Judea were the sole accusers of Jesus or that the Jews alone demanded his death. And these words spoken against the Jews echoed as much then as throughout the centuries...words sadly still believed by some today. Always forgotten by the naysayers is that many Jews followed and believed in Jesus and some it was said even witnessed "miracles" during the years in which he preached (Matthew 15:29-31). And some Jews were believed to have been "healed" of their ills by the touch of Jesus' hand, while it is believed that some once dead lived again.

Simply, many Jews who knew of Jesus felt gratitude, devotion, and love towards the rabbinical preacher from Nazareth, but many of the High Priests...the Pharisees...feared Jesus because of his accusations and condemnations of them, and according to the Gospels, "the Pharisees went out, and held a council against him, how they might destroy him.wished to get rid of Him in any way they could" (Matthew 12:14).  For example, Jesus, on several occasions, called the Pharisees "hypocrites, serpents, and a brood of vipers," describing the Pharisees as "untrustworthy leaders" in front of huge crowds (Matthew 23).

And with their status within the Jewish populous being publicly undermined by but a simple and humble man of God...a lowly carpenter...a man whom the crowds not only looked to for help but for salvation...it was this very idea of spiritual salvation beyond the High Priests doing that was an unacceptable humiliation to the Pharisees who always searched for ways...for reasons...to try to condemn to death the man they considered their Godly rival.

But know that Jesus was but one of many young Jewish rabbi's preaching in Judea at that time. Jesus taught basic fundamental Judaism...he wanted to improve...to update if you will...Judaism not start a new religion. In fact, it should be known that even Jesus' tenet of "love thy neighbor" first appeared in the Torah thousands of years before his birth. Remember, too, that Jesus the man was born and died a Jew, that he was circumcised on the 7th day in the Temple according to Jewish law, and thought of and believed himself to be a Jew for he knew nothing of Christianity that was to come. And what the Pharisees chose to ignore was that because Judaism has always allowed for debate and discussion of Jewish law, Jesus was actually no threat to either them or to Judaism as a whole.

And while the Pharisees did hold some very limited sway with the Romans, the Jews as a whole remained a despised minority, hence they had no power to request, let alone demand, any man's death. So simply put, it was and remains Pontius Pilate alone who sentenced, ordered, and had carried out the sentence of killing...of crucifying Jesus the man...facts that speak for themselves.

Now as for the possible spiritual aspect of Jesus' death. In ancient times, God's word called for a sacrificial system meant to emphasize the seriousness of sin and its demand for payment. Capital sins, especially those related to disobeying the Ten Commandments (the law given by God to the Jew Moses to give to the Jewish people...His chosen people...while they wandered the desert before reaching their Promised Land), could not be paid for by any mere sacrifice, so the penalty was always death.  In fact, the Holy Bible is quite specific that "the penalty for sin is death with or without the Law" (Romans 6:23). To stop such an end for all mankind, there was a need for a sacrifice that would serve as payment for all man's sins. Only a ‘Divine Being’ per say, could be such a sacrifice, as Paul talked about in Chapter 10 of the Book of Hebrews. So basically, the Son of God was the only sufficient payment for the sins of man.

Therefore, it can rightfully be said by the faithful that man's sins killed Jesus not the Jews.

God the Father did not have to send Jesus to die for the sins of mankind. He did not have to watch his ‘Beloved Son’ go through the unspeakable horrors of flagellation nor an agonizing death on the cross for Jesus did not have to offer himself for anyone. And yet Jesus distanced himself from the power and glory most men would have not only craved but welcomed, and instead came and lived as a humble man...a man only to die by the excruciating pain of flagellation and to agonize for hours hanging from a cross before his physical self passed away.

“For God so loved the world that He gave His only begotten Son that whomsoever believes in Him should not perish but have everlasting life” (John 3:16). So as per the words in the Holy Bible it was actually God the Father who offered His Only Son to be nailed to a cross. Jesus agreed to do God's will, fully aware of the serious ramifications that his decision would have for him. Yet, he knew that his suffering would bring about salvation for mankind, as per his very words, "I am the living bread which came down from heaven: if any man eat of this bread, he shall live forever: and the bread that I will give is my flesh, which I will give for the life of the world" (John 6: 51).

So the answer to who really killed Jesus might well be this...some of the Pharisees surely wanted Jesus dead; Pontius Pilate did nothing to prevent it, actually ordered it, and had the sentence of death carried out; and for the faithful man's sins basically called for Jesus' death for it was God the Father who willed it. And it was Jesus, the Son of God, who willingly offered himself to be sacrificed for all of mankind.
This for the faithful, I think, is the only possible answer in order to make sense of both the unthinkable and the insensible. And for the faithful "He has Risen" (Matthhew 28:6).

Copyright @ 2019 Diane Sori / The Patriot Factor / All Rights Reserved.
Posted by Diane Sori at 10:47 AM No comments: 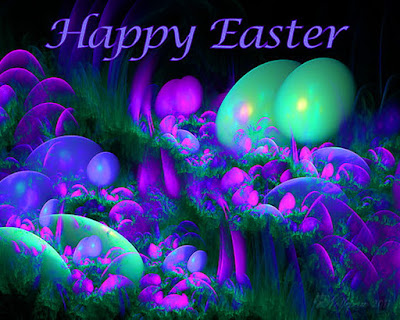