Just a Thought...
Get to Work NOW!
By; Diane Sori / The Patriot Factor

Hey Congress...get yourselves to work in an emergency session this weekend and get that $7.8 BILLION aid package to Texas NOW! 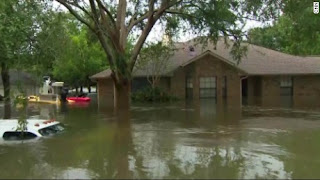 The Department of Homeland Security announced Thursday that it had chosen four vendors to build prototypes of the border wall that will be made from reinforced concrete. Four other vendors that submitted proposals for alternative building materials will be announced at a later date.

The prototypes, which will be 30’ tall by 30’ wide, will be built in the San Diego area. Construction will begin in a few weeks and each company will have 30 days to finish their project.


Once they are finished, border experts will test the walls for aesthetics, anti-climbing features, resistance to tampering and penetrability with small hand tools.

“If inspections of Iranian military sites are ‘merely a dream,’ as Iran says, then Iranian compliance with the JCPOA is also a dream,” Ambassador Haley said.

According to the nuclear deal the UN's International Atomic Energy Agency (IAEA) is “permitted to seek access to any location in Iran, including military-affiliated sites, where the IAEA has questions about possible nuclear-related activities.”

“If the IAEA were to seek access to Iranian military sites to verify Iran’s nuclear declaration, Iran must follow the unambiguous access provisions of its IAEA safeguards agreement, the Additional Protocol, and the JCPOA,” according to Haley’s statement.

However, despite pressure from the U.S., UN nuclear inspectors do not feel it is necessary to inspect Iran’s military sites, according to Reuters. The UN’s nuclear watchdog released a report claiming Iran was in compliance with the deal despite the country’s refusal to allow inspection of their military sites.

Robert Spencer: Should Anti-trust Laws Be Used to Break Up the Social Media Giants?

Google, Facebook and the rest wield more power than most governments. My latest in FrontPage: The secular Left and the proponents of Islamic blasphemy laws have a new issue on which they are making common cause: the quest to destroy the freedom of speech, the cornerstone of our democracy. After Charlottesville, the Left sees its […]
Read in browser »

Posted by Diane Sori at 9:33 AM No comments:

“This is the land we inherited from our forefathers. This is our land. We have returned here to remain for eternity. There will not be any more uprooting of settlements in the Land of Israel. It has been proved that uprooting settlements does not foster peace.”

That is obviously true, but Netanyahu is the first politician of international stature to acknowledge it. The settlements are Jews building homes on Jewish land. That this would have ever become controversial speaks to the evil and insidiousness of “Palestinian” jihad propaganda.

Netanyahu is the kind of statesman the governments of the North America and Europe need, but don’t have.

Prime Minister Benjamin Netanyahu promised that Israel would remain in the West Bank forever — including in the Samaria region — and that radical Islam would never create a base on its hilltops.

“Samaria is a strategic asset for the State of Israel. It is the cradle of our people and the key to its future,” said Netanyahu on Monday.

Email ThisBlogThis!Share to TwitterShare to FacebookShare to Pinterest
RIGHT SIDE PATRIOTS...for those who missed last night's broadcast (or just want to listen in again) where Craig and Diane discussed heroes and villains in Houston; ANTIFA's past, present and future; and important news of the day...you can listen to it at your convenience on SoundCloud at: https://soundcloud.com/right-side-patriots-260798913/right-side-patriots-90117