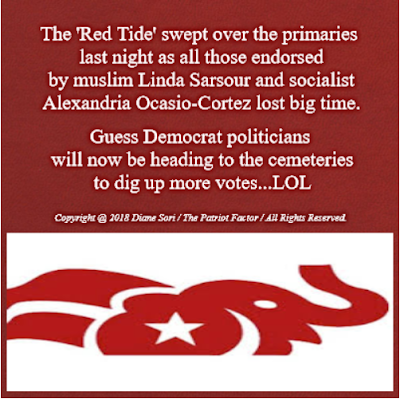 Rep. Pat Tiberi (R-OH) resigned to return to the private sector that triggered tonight’s special election. Democrats weren’t even supposed to be competitive here. Instead, we got a nail-biter of a race that saw Democrat Danny O’Connor, who serves as Franklin County’s Recorder, give state Sen. Troy Balderson and the Republican Party quite the challenge in a congressional district that Trump won by double-digits.

This special election in the 12thcongressional district is the last contest until the 2018 midterms, where Democratic enthusiasm is through the roof. It’s a bellwether, one the Democrats see as a sign of a blue wave if they win or come very close. Whoever wins will have to defend their seat again this November. While this cycle is loaded with nuance, there are troubling signs that the GOP could potentially lose the House. There’s still a lot of time to go, however.

The New York Times had a good piece on how both sides duked it out, while noting something that the Trump White House hasn’t been touting as efficiently

As the world knows, Turning Point USA founder Charlie Kirk and communications director Candace Owens were accosted by an Antifa group who materialized at a Philadelphia café where they were having breakfast on Monday morning.

The astonishing video shows that the group’s behavior very definitely violated Pennsylvania’s harassment laws and possibly even their assault laws.

Owens said a protestor with a bullhorn screamed into her ear. She described it as being “reminiscent of the civil rights era. This is what you would expect in the civil rights era if a woman was dining at a restaurant. They’ve grown increasingly violent because they are losing. They’re losing a lot of turf.”

Read entire article and see video here: https://gellerreport.com/2018/08/owens-black-exit.html/
Posted by Diane Sori at 7:38 AM No comments: