"A rapist called Joseph Rosenbaum was released from a mental hospital and then went directly to join the mob that was burning downtown Kenosha," Carlson said. "Rosenbaum died as he had lived, trying to touch an unwilling minor."

Rosenbaum was a convicted pedophile and felon who raped multiple children. He spent a decade in prison before attacking Rittenhouse on the street in Kenosha during Black Lives Matter rioting last summer. Rittenhouse was 17-years-old at the time.

The Pima County (Arizona) Clerk of Courts confirm Rosenbaum was charged by a grand jury with 11 counts of child molestation and inappropriate sexual activity...Read more and see tweets and videos here.

Email ThisBlogThis!Share to TwitterShare to FacebookShare to Pinterest
'Do It': DeSantis Has a Plan for How He'll Retaliate Against Biden Sending Illegal Immigrants to Florida
Leah Barkoukis / Townhall Tipsheet

All options are on the table for Florida Gov. Ron DeSantis as he attempts to fight back against the Biden administration secretly sending illegal immigrants to the Sunshine State.

The Republican governor claimed the administration has sent 70 planes full of young illegal immigrants to Jacksonville in the middle of the night over the summer.

Since the federal government controls the airspace, the flights have been “unannounced,” and DeSantis was given “no notice.”

One option is going after the private contractors he believes the administration is working with.

“We can obviously deny them state contracts, which we will do. Can we deny them access to Florida's market generally?...Read more and see tweet and video here.

Email ThisBlogThis!Share to TwitterShare to FacebookShare to Pinterest
No truer words said...
"And the truth is that all veterans pay with their lives.
Some pay all at once,
While others pay over a life time."
- JmStorm
Thank you to all who served..."We the People" are forever in your debt. 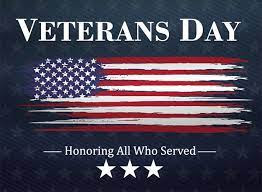