The Names on the Memorial

9/11 Memorial Site
These are the nearly 3,000 names as they appear inscribed in bronze on the Memorial.  Every name can be located by the panel on which it is inscribed. A panel address is comprised of the letter N or S (N for north pool, S for south pool) followed by a number 1 through 76.
Read more: The Names on the Memorial
(http://www.911memorial.org/names-memorial-0) 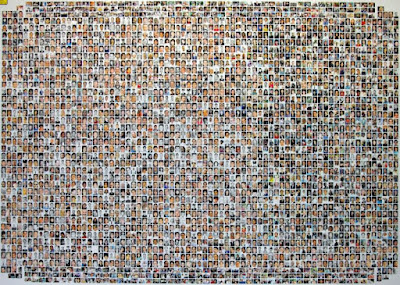 Until Western ostriches wake up and recognize that to oppose Islamic supremacism, the worst enemy of human rights and democracy, is not remotely anti-Muslim, but a necessary defense of Western civilization, we will continue to slowly lose our freedoms. On one side, terror will be struck into disbelievers by violent jihadists, and on the other, stealth jihadists […]

Email ThisBlogThis!Share to TwitterShare to FacebookShare to Pinterest
9/11 ‘JUMPERS’ which was quickly banned by the U.S. and international media

It is estimated that at least 200 people jumped to their deaths from the Twin Towers, far more than seen in the photographs/videos taken. The jumping started shortly after the first jet hit at 8:46 a.m. People jumped continuously during the 102 minutes that the North tower stood. It took just 10 seconds to fall but it wasn’t fast enough for the victims to lose consciousness before they hit the ground.


15 years, the crystal anniversary of 9/11, and the terrible irony nothing is clear, let alone crystal.

Devout Muslims flew giant missiles filled with Americans and tens of thousands of gallons of jet fuel into the military and financial epicenters of the free world (their plan to hit the Capital building hit a snag) and killed thousands in the cause of allah.

When Bill Clinton had Bin Laden in his sights...

It's been 15 years...almost a generation...and yet it seems just like yesterday.

And on this most sacred of days…a day that should not now or ever be about politics or silly partisan bickering…I still cry and pray for both dear friends lost and for those I did not even know...for today is the day America's collective heart both died and then was reborn as buildings fell, a plane crashed, and America mourned. And we mourned not only for those lost but for our country as well...for our beloved America was now and forever changed in the span of just one day.

And for those of us who were forced to grow up and grow up fast on that fateful day...for those of us who actually tasted the all-powerful and forever lingering smell of death...and even for those of us who were personally untouched by the event that did not have to be…we have ingrained within our consciences images that haunt...images once unimaginable of destruction here on American soil...destruction that mingled with the blood of our fellow countrymen…images that have now become a sad reminder of the evils of men and what they do in the name of allah…allah the most unholy.

And today we also remember and honor true heroes born...the likes of Todd Beamer and his fellow passengers who turned two simple words, "Let's Roll," into our nation’s battle cry...and we remember true warriors lost...60 brave men and women in blue, 12 brave paramedics, and 343 brave firefighters including Father Michael Fallon Judge, the chaplain of the NYFD who passed as he was tending to the wounded and dying...all gone in the mere blink of an eye.

And September 11th will always remain a day to remember when hyphens were dropped and 'Old Glory' could be seen flying proudly everywhere across this great land as we Americans all came together to unite as one...Democrat, Republican, Christian, Jew, white, black, brown, yellow, and red...as we held each other close to try and shake away the shock and tears at the sheer horror of all those innocent lives lost...lost on a day when true demons from hell walked the earth in New York City, at the Pentagon, and in a field in Shanksville, Pennsylvania.

And here we are today sadly still at war with those demons…with those savages...for that is what they truly are…savages who pierced America's heart... America's soul...immoral savages who took away our once collective innocence but who could not and still cannot take away our hopes...our dreams...our resolution...our determination...and most importantly of all...our and our children's future.

And as they tried and still try to kill us and to kill the spirit, the hope, and the dreams that is America...let it be known that America will survive no matter what evils befall us simply because America must survive ...now and forever...not just for us but for the future generations who will come after…generations who will come to know that on a beautiful September sunny day so many years ago a spirit was awoken in everyday Americans...a spirit of survival that can never be taken away from ‘We the People’ even though today's America is less safe than it was before the day the buildings fell.

And so on this most solemn of days as we remember and honor the 2,973 victims of 9/11, let's not forget the four victims of another 9/11...Ambassador Christopher Stevens, Information Officer Sean Smith, and ex-Navy SEALS Glen Doherty and Tyrone Woods...four brave men who made the ultimate sacrifice in a far off nightmare called Benghazi…and that they too must also be forever part of our thoughts and prayers.

2,973 heroes plus four...God Bless them all as now they are ‘home’ forever safe in His arms...never to be hurt again…never to be forgotten...always to be honored ...and always to live on in our hearts... forever and a day.

This video is from the History Channel and gives a great take on that day from those who were there.
http://www.history.com/topics/9-11-timeline
Posted by Diane Sori at 12:00 AM 3 comments: