The agency previously disclosed to Zullo’s team, which is probing Obama’s eligibility for the presidential ballot, that the original paper documents had been destroyed and only microfilm records remained.

The Cold Case Posse authorized by the Maricopa County Sheriff’s Office has found probable cause that the Selective Service draft registration form presented by Obama is a forgery. The volunteer team of retired law enforcement investigators under Arpaio’s authority came to the same conclusion about the birth record published by the White House one year ago.

The team says it cannot make a conclusive determination about the two documents unless it obtains the microfilm records so they can be examined by independent experts.

“Everything seems to be revolving around the production of microfilm, and we’re stonewalled in every direction,” Zullo told WND.

The May 10 reply to Zullo’s inquiry, from Associate Director of Public and Intergovernmental Affairs Richard S. Flahavan, explained that “for security purpose and to prevent workflow disruption in servicing public inquiries,” access to both the master microfilm copy of the record and the working copy is not available to the public.

“However, access is available to law enforcement organizations with Federal jurisdiction that are conducting an authorized Federal investigation,” Flahavan said.

Zullo told WND that the agency’s statement “is pretty much indicating to us that the attempt here is to dissuade us from attempting to see the original microfilm record, the master copy.”

He said his team wants to know whether the restriction on access to the documents is a statutory regulation or an internal policy newly created by Selective Service.

The new letter, he said, at least confirms that while the paper copies have been destroyed, the microfilm record still exists.

Zullo told WND that the Selective Service System’s latest response is still under review by the sheriff.

“The simple response is no; it was destroyed in 1980,” Flahavan wrote. “Per agency policy and practice, when a Selective Service System record is created from the registration card, the card is microfilmed and the paper card is then destroyed. This has been our policy for more than 30 years.”

Jones article noted it was the first update to Selective Service privacy regulations in 11 years.

Email ThisBlogThis!Share to TwitterShare to FacebookShare to Pinterest
Romney to win the undecideds
By Dick Morris
Published on TheHill.com


From May 5-11, 2012, I conducted a survey of 6,000 likely voters. On such a mammoth sample, the margin of error is less than 1 percent. I found that Romney has amassed a sizable lead over Obama of 51-42, far in excess of what published polling and surveys of registered — as opposed to likely — voters are indicating.

If Romney were to win 51 percent of the vote, the election would, of course, be very close. But if he could hold Obama to 42 percent, it would be a landslide. So the obvious question is how Romney should go about winning the voters in between.

To answer this question, I drilled down in my sample to these undecided voters, none of whom voted for Romney in the survey. I added to their ranks those who voted for Obama but indicated that they only “somewhat” approved of his performance in office. This left me with a sample of 1,500 likely voters who are in play. The data in this column reflects their views. If Romney can win a quarter or a third of their votes, he will win by a landslide margin of 10 points.

Specifically, swing voters do not believe that the unemployment rate drop Obama heralds is real. Forty-nine percent agree that “the only reason it goes down is that each month more people give up even looking for work.”

So Obama’s claims that we are climbing out of the recession fall short with almost half of the swing vote. Indeed, 31 percent of swing voters say that “Obama’s policies have made the recession worse.”

About a third of swing voters squarely blame Obama’s borrowing and spending as the culprit for the failure of the economy. Thirty-six percent agree that “the deficit and debt Obama’s program caused did more harm that the spending did good. His cure was worse than the disease.”

Forty-four percent of swing voters believe that “if we cut government spending and borrowing, we could recover much more quickly.”

A third of swing voters — 31 percent — reject the president’s argument that “if it were not for Obama’s policies, things might have been even worse.”

Finally, 44 percent of swing voters agree that “if we reelect Obama, he’ll just do more of the same.”

Romney has the ability to slice off a third of the undecided swing voters by way of a major attack on the economy, thereby lifting him well above the 50 percent threshold. Swing voters:

• Challenge Obama’s assertion that we are recovering and that unemployment is dropping.

• Lay the blame for the economic stagnation on his “spending and borrowing” and suggest that with less of each, things would improve much more quickly.

• Believe that “his cure is worse than the disease” in that “the borrowing has done more harm than the spending did good.”

• Are convinced that if we reelect Obama, we have only more spending and borrowing to look forward to and that the results will be the same.

Will Romney exploit the vulnerabilities this poll suggests? Only time will tell.
Posted by Diane Sori at 5:28 PM No comments:

Arizona Secretary Of State Threatens To Remove Obama From Ballot

May 18, 2012 By Breaking News / The Western Center for Journalism
inShare3

Arizona Secretary of State Ken Bennett is threatening to keep President Obama’s name off the state’s ballot in November unless he receives confirmation from Hawaii that it has a valid birth certificate on file for him.

Bennett, who spoke to Arizona radio host Mike Broomhead Thursday, said he requested the confirmation eight weeks ago and has not gotten it. Hawaii, he said, does not have to supply a certified copy of the birth certificate, merely send him an email confirming that it has one.

Asked by Broomhead if he would remove Obama’s name from the ballot if Hawaii fails to comply, Bennett said: “That’s possible. Or the other option would be that I would ask all the candidates, including the president, to submit a certified copy of their birth certificate.”

Despite overwhelming evidence that Obama was born in Hawaii, the issue of his birth continues to dog him.

Thursday, Breitbart Big Government reported on a promotional booklet by Obama’s own literary agency listing him as having been born in Kenya.

Bennett said Hawaii law permits government officials to request verification of possession of a birth certificate in lieu of a certified copy.


Op-ed:
Lest we forget one of our own
By: Diane Sori

I will never leave a fallen comrade to fall into the hands of the enemy.
— United States Army Ranger Creed

For every parent who sends their son or daughter off to war, the ultimate nightmare is seeing a uniformed officer walk up to the door, stand solemnly at attention as they tell you that your beloved child is dead.  For Bob and Jani Bergdahl, this nightmare has no end and no closure, for their son Bowe, while not dead, has fallen into the hands of the dreaded and barbaric Taliban. 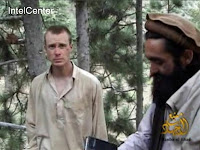 On June 30, 2009 Private First Class Bowe Bergdahl (a machine gunner with the 1st Battalion, 501st Infantry Regiment, 4th Brigade Airborne Combat Team, 25th Infantry Division), disappeared from his outpost in eastern Afghanistan.  Shortly thereafter, the military learned that Bowe had been captured by the Taliban, and believe him to be held by the Haqqani network, probably in Pakistan’s northwest frontier on the Afghan border.

Since his capture the Taliban has released five videos showing him in captivity. This video, one of the first, shows what is obviously a forced confession by Bowe: http://www.youtube.com/watch?v=7hZ2O4CS5-w

In exchange for Bowe’s release the Taliban demanded $1 million plus the release of 21 Afghan prisoners, including the infamous Aafia Siddiqui (an American-educated Pakistani cognitive neuroscientist sentenced by a US district court to 86 years in prison), who is currently being held in the Federal Medical Center Prison, Carswell, in Fort Worth, Texas.  They threatened to execute Bowe if Siddiqui, known as the ‘Grey Lady of Baghram' was not released.

Obviously, no deal was made but thankfully Bowe was not executed.

Two years after Bowe’s capture, Bob Bergdahl made a video he posted on YouTube where he appealed directly to the Pakistani military for Bowe’s release: http://battleland.blogs.time.com/2012/05/15/waiting-for-bowe-americas-last-captured-soldier/#ixzz1v80AAbSi

Also, it appears that around that time, a deal to release five Taliban prisoners from Guantanamo, in exchange for Bowe’s release, had been in the works but failed, because Bowe’s plight got caught up in the tangled peace negotiations between the US, the Taliban, and the Afghan government.
http://www.youtube.com/watch?v=d7mk1PqH35U&feature=topics

Adding to the mix of silence is that The Associated Press, who occasionally had reported on Bergdahl's case thus keeping his name in the spotlight, agreed last year NOT to report on any proposed prisoner swap at the request of the White House, on the grounds that public discussion would endanger Bergdahl's life.

Frustrated by what they saw as stalled efforts to free their son, Bowe’s parents have gone public with previous failed secret attempts by this administration to trade their son for prisoners in US hands.  Then suddenly on May 10th, FOX News reported that a trade of Taliban prisoners for the release of Beau Bergdahl might yet be possible.  FOX even said that his original captors SOLD him to others, those captors saying that we could have easily found Bowe if we really had wanted to, and that Bob Bergdahl had pleaded with the White House to do so but to NO avail.

FOX then went on to state that since Bowe's dad couldn't get any help from Obama and his people that he took it upon himself and contacted the Taliban though underground channels on his own.

The latest news is that Bowe was the subject of a recent proposed prisoner swap in which the Obama administration would allow the transfer of five Taliban prisoners held at the U.S. military prison at Guantanamo.  But this proposal is now in limbo and faces serious opposition in Congress anyway because the policy is that we do NOT negotiate with the enemy.  Plus, the Taliban walked away from these talks in March, saying the U.S. had reneged on several promises.

Yeah right...Obama and his administration not only negotiates with the enemy but caters, acquiesces, and even apologizes to them on many occasions, like when some Marines peed on dead Taliban terrorists, and when some qur’ans were mistakenly burnt by US soldiers. If he can do that for the enemy why can’t he negotiate for one of our own!

Sadly once again, it’s what the 'All About Me,Me, Me' president wants and NOT what the Bergdahl family wants.  They feel, and rightly so, that the more publicity the better to help put pressure on the Taliban to release their son.

So here we are at a stalemate.  Bowe remains a prisoner, Obama does nothing, and the Bergdahl family waits and worries.  There is just something inherently wrong here as we start our withdrawal from the area and forget that one of our own could very well be left behind.

Below are some good sites to visit to learn more about Bowe Bergdahl and to help bring him home:
http://www.dosalute.net/
http://www.youtube.com/watch?v=MNL6c-Q7PUA&feature=related
https://www.facebook.com/groups/EarlHayesAdmin/
Posted by Diane Sori at 3:55 PM 4 comments: