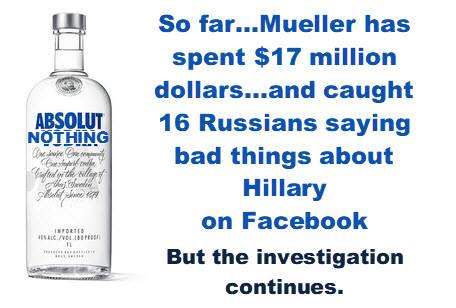 Posted by Diane Sori at 2:19 PM No comments:

Anti-Gun Nonsense: Here Are Three Idiotic Talking Points Being Peddled By The Left After Florida Shooting

Yesterday was horrific. Nikolas Cruz, a former student at Marjory Stoneman Douglas High School in Parkland, FL, ventured onto campus with an AR-15 rifle and smoke grenades, pulled the fire alarm, and began to open fire on students and faculty.  He killed 17 people and wounded at least a dozen more. It didn’t take long for the anti-gun crowd to start spewing their drivel across various mediums. We have the usual Cobb salad of crap: we’ve had 18 school shootings this year, we should ban semi-automatics, which is an unconstitutional gun ban, you can conceal carry a rifle (no, I’m not kidding), and Trump made it easier for the mentally I’ll to buy firearms. All of this is either flat out wrong or grossly inaccurate.

We all knew that we would have to restack the sand bags. We always do after these tragic events, but we also always win these arguments. Liberal anti-gun positions don’t get better with time; it’s not like aging a fine wine. It’s still the same putrid red progressive meat that everyone else refuses to digest. So, let’s go through the motions of eviscerating these talking points again.

This has been brought up before. Last November, former Air Force veteran David Patrick Kelley killed 26 people in a church in Sutherland Springs, Texas. He should have been barred from owning firearms since he served a year in jail for domestic abuse, but the Air Force didn’t forward his criminal record to the FBI to update the National Instant Background Check Database. First, the regulation never went into effect. Second, various disability advocacy groups and the American Civil Liberties Union opposed it (via Stephen Gutowski) [emphasis mine]:

Read entire article here: https://townhall.com/tipsheet/mattvespa/2018/02/15/here-are-three-anti-gun-narratives-that-are-both-wrong-and-mind-numbingly-stupid-n2449819?utm_source=thdaily&utm_medium=email&utm_campaign=nl&newsletterad=
Posted by Diane Sori at 8:27 AM No comments:

Recep Tayyip Erdogan, who always likes to tell us what he really thinks, is at it again. Last year he accused the people of Germany — and of the Netherlands too — of being “Nazis” for not allowing political rallies targeted at Turkish residents in Germany. He also called Angela Merkel guilty of “Nazism” for […]
Read in browser »

Bruce Ohr, the Department of Justice official who brought opposition research on President Donald Trump to the FBI, did not disclose that Fusion GPS, which performed that research at the Democratic National Committee’s behest, was paying his wife, and did not obtain a conflict of interest waiver from his superiors at the Justice Department, documents obtained by The Daily Caller News Foundation show.

The omission may explain why Ohr was demoted from his post as associate deputy attorney general after the relationship between Fusion GPS and his wife emerged and Fusion founder Glenn Simpson acknowledged meeting with Ohr. Willfully falsifying government ethics forms can carry a penalty of jail time, if convicted.

The Democratic National Committee (DNC) hired Fusion GPS to gather and disseminate damning info about Trump, and they in turn paid Nellie Ohr, a former CIA employee with expertise in Russia, for an unknown role related to the “dossier.” Bruce Ohr then brought the information to the FBI, kicking off a probe and a media firestorm.

The enemedia, taking the lead from the hard-left ADL, one of their pet left-wing smear groups, are furiously peddling a white supremacist motive in the tragic Florida school shooting. It was the ADL who was the original source of the claim that Nicholas Cruz had ties to a white supremacist group, the Republic of Florida (ROF). It was obvious from the first that ROF was exploiting the horror – and the left was only to happy to help.  ROF spokesman Jordan Jereb is now backtracking  on his statement to the ADL, posting on the social media forum that his statement to the ADL was the result of a “misunderstanding.” That won’t get coverage in the enemedia echo chamber which is now playing the white nazi supremacist meme on an endless loop.

Here is what the Daily Beast ran without But read the last line.


Cruz reportedly trained with a white supremacist group. According to the Anti-Defamation League, “A spokesperson for the white supremacist group Republic of Florida (ROF) told the Anti-Defamation League on Thursday, February 15, that Nikolas Cruz, the man charged with the previous day’s deadly shooting spree at a Parkland, Florida, high school, was associated with his group.” The Republic of Florida’s website states, “Republic Of Florida is a white civil rights organization fighting for white Identitarian politics, And the ultimate creation of a white ethnostate so we can be free from anti-white policies and have policies that reflect our values as white westerners. The ROF Militia is the armed forces of the Republic Of Florida.” The group’s captain, Jordan Jereb, told The Daily Beast, “There’s a very real sense of feminism being a cancer. That could’ve played into what he did, but we have female members of RoF … we’re not a big fan of Jews. I think there were a lot of Jews at the school that might have been messing with him.” Local law enforcement say they have no evidence of connection between Cruz and the ROF.