Today, Tuesday, April 16th from 7 to 9pm EST on American Political Radio, RIGHT SIDE PATRIOTS Craig Andresen and Diane Sori discuss 'On Reparations'; 'Illegal Aliens, Liberals, and the Fifth Element'; and the fire at Notre Dame.

Words forgotten by many, manipulated by some, yet words that ring as true today as they did when first uttered by Mark Twain over a century ago...for when you enter this life you alone are ultimately responsible for both the good and bad choices you make while on life's journey. Simply, it's time to take responsibility for your own actions or lack thereof, and not expect others to be your proverbial cash cow.

And nowhere do those words ring more true than in today's political climate where a certain segment of the American population thinks they're owed money for their ancestor's past. Forgetting...or better yet ignoring...the fact that the past cannot be changed...that the past can only be learned from and hopefully not repeated again...these folks hoot, holler, and stomp their feet demanding said money...big money...from another certain segment of America's population. Reparations is the word they use...reparations demanded for slavery long gone from America's landscape.

It's the old black vs. white game...a game now peppered with the so-called “collective guilt trip” thrown in for good, or should I say bad, measure.

Read entire article here:
https://thepatriotfactor.blogspot.com/2019/04/op-ed-on-reparations-by-diane-sori.html
Posted by Diane Sori at 10:26 AM No comments:

Email ThisBlogThis!Share to TwitterShare to FacebookShare to Pinterest
A Question Needing Answers ASAP
By: Diane Sori / The Patriot Factor / Right Side Patriots on American Political radio

Is this one of the firefighters in a protective suit over his firefighting garb or is it someone else? This question MUST be answered BEFORE any call to judgement on what started the Notre Dame fire is made. 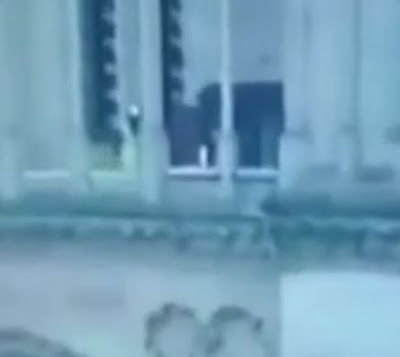 Below is the captured cellphone video of the person in question.
Disclaimer: the title is NOT mine but is the opinion of 'Asian Guy,' the video's uploader, and might or might not be the case.

Jihadists may not have set the fire, but they’re certainly celebrating it. Many Muslims believe that the ruins and destruction of non-Muslim structures testifies to the truth of Islam, as the Qur’an suggests that the destroyed remnants of ancient non-Muslim civilizations are a sign of Allah’s punishment of those who rejected his truth: “Many were […]
Read in browser »

'WE WILL REBUILD': The world is united in grief over the fire that destroyed much of Paris' Notre Dame Cathedral Monday as French President Emmanuel Macron vows the historical cathedral will be rebuilt ...  Investigators are treating the fire as an accident for now, the local prosecutor's office said. Paris police will investigate the disaster as "involuntary destruction caused by fire" and have ruled out arson and potential terror-related motives for starting the blaze, officials said.

Officials were optimistic that the cathedral's world-famous bell towers had been saved , and that the main structure of the building remained intact. Fire chief Jean-Claude Gallet confirmed that firefighters had managed to stop the fire spreading to the northern belfry, the stomping ground of the fictional hunchback Quasimodo in Victor Hugo's 1831 novel "The Hunchback of Notre Dame." However, the blaze collapsed the cathedral's spire, which had been shrouded in scaffolding as part of a 6 million-euro ($6.8 million) renovation project. Macron announced the launch of an international fundraising drive to begin raising the millions of dollars necessary to restore the Notre Dame Cathedral to its former glory.