Muslim Brotherhood: “Yes, We Will Be Masters of the World”


During a televised interview earlier this week, Dr. Safwat Hegazy, a popular preacher in Egypt, known for his desire to unify the Arab world into a "United Arab States”—with Jerusalem for a capital—dropped the Western language and made clear what it is the Muslim Brotherhood ultimately seeks: a caliphate and world domination, which even the Supreme Guide of the Brotherhood maintains is the group's mission.

In the interview, which Coptic Solidarity has translated with subtitles (click here), Hegazy simply declares: "If you read the literature of the Muslim Brotherhood, you will find in the literature of the Brotherhood, that which they can never abandon: The Islamic Caliphate and mastership of the world. Yes, we will be masters of the world, one of these days” (emphasis his).

Posted by Diane Sori at 12:35 PM No comments: Links to this post 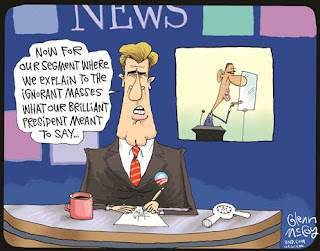 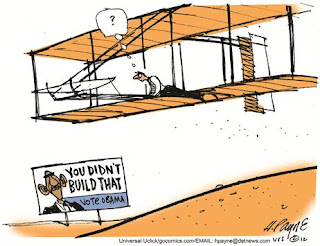 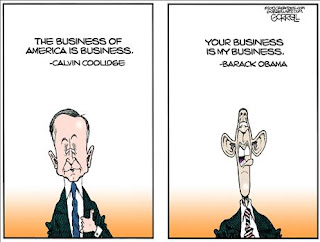 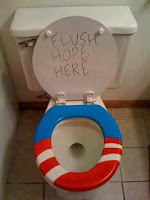 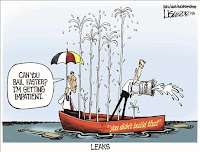 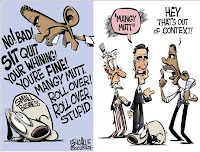 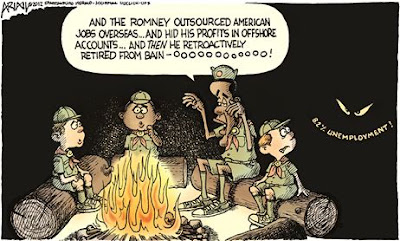 Posted by Diane Sori at 11:59 AM No comments: Links to this post

The Race Card Cometh Yet Again

Political pundits often refer to the time we’re in now – a few weeks out from an election – as the “silly season.”

It’s a time for obsessing over gaffes real and perceived, faux outrage over harmless statements and a general sense of desperation on the part of one candidate or perhaps both. This cycle’s silly season started early, which is to be expected when the challenging party picks its nominee early and the incumbent party has no record of success to promote. But that early start means we sometimes run out of “silly” early and head straight to desperate – and absurd.

Virginia State Sen. Louise Lucas, a Democrat from Portsmouth, already has run out of silly. An official representative of the Obama 2012 campaign, a member of its “Truth Team,” no less, Sen. Lucas went on the John Fredericks Show in Virginia to discuss the presidential election and went off the rails. If you support Mitt Romney, she said on the air, you’re a racist.

Usually, leftists play the race card a little closer to the vest. They slip it into the game subtly, through hints and occasional one-liners. But not Sen. Lucas. She pulled it right out … early … and tossed it into the middle of the table.

“What I am saying to you is Mitt Romney, he's speaking to a segment of the population, who does not like to see people other than a White man in a White House or any other elected position,” she said.

She was “real clear,” all right … but only about her own bigotry and ignorance.
Lovely, right? The Obama “Truth Team” has yet to condemn this statement from an officially sanctioned campaign spokesman.

According to Sen. Lucas, “All the folks who are saying 'We don't like Barack Obama' they can't tell you any reason they don't…”

No reason? None at all? How about three years of unemployment above 8 percent every month and growth below 3 percent every quarter? Or the $5 trillion in new debt, ObamaCare or recess appointments when Congress wasn’t in recess? I could go on, but to Sen. Lucas, I’ve already gone too far. I’m a racist. I wonder if my opposing President Clinton makes me a redneck-ist. Or my opposition to President Bush’s Medicare prescription drug program makes me a…actually, there isn’t a word for people who oppose things Republicans propose because the people with the hair-trigger to name-call all oppose Republicans. Weird.

Senator Lucas is mad – about what or at whom I have no idea. But she’s happy about one thing – she’s managed to pollute her children’s minds with her sickness. She told Fredericks, “I absolutely believe it's all about race, and for the first time I've convinced my children finally that racism is alive and well.”

When asked “Even in Virginia?” she replied, “In Virginia? How about all across this nation. And especially in Virginia!”

I guess she, a black woman, was elected by a bunch of racists. And I guess President Obama carried Virginia in 2008 because all the racists there forgot they were racists for a while.

Or maybe, just maybe, this country isn’t a racist country. This is where I add the caveat that racism still exists, in people of all colors, but in smaller numbers all the time. Progressives would like people to believe we’re a nation full of Mississippi Democrats from the 1950s, but we’re not.

Criticism of – and dislike for – the policies of a president who happens to be black does not a Klansman make.

Nor does judging the President by the standard he set for himself when he said in 2009, “I will be held accountable. I’ve got four years….A year from now, I think people are going to see that we’re starting to make some progress, but there’s still going to be some pain out there. If I don’t have this done in three years, then this is going to be a one-term proposition.”

It’s not “done” in any sense – not even close. Every piece of economic data suggests it hasn’t even started in the direction of being “done.” But don’t tell that to Sen Lucas, lest she call Barack Obama a racist.

Posted by Diane Sori at 10:47 AM No comments: Links to this post

Email ThisBlogThis!Share to TwitterShare to FacebookShare to Pinterest
America – R.I.P. – Read This Before Voting…
By: TheBottomLineGuy
-  The Bottom Line  -

Their are two absolutes that will determine the destiny of America.

First and foremost is the foundation that has been deteriorating for decades.  The Judeo-Christian foundation that created and upon which this country became great, has been slowly and deliberately chiseled away by those who want a Godless country and the freedoms of Sodom and Gomorrah.

Secondly is the electorate.  If the current trends are allowed to persist without any corrections, the American experiment will end in failure in about the same time it took other empires to die.

A democracy will continue to exist up until the time that voters discover that they can vote themselves generous gifts from the public treasury. From that moment on, the majority always votes for the candidates who promise the most benefits from the public treasury, with the result that every democracy will finally collapse over loose fiscal policy, (which is) always followed by a dictatorship." 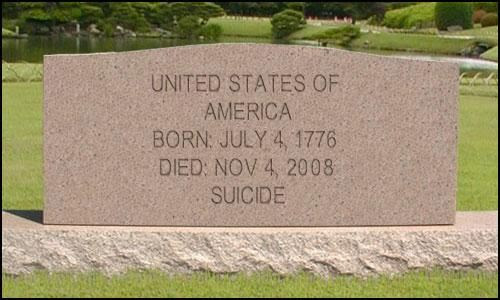 In 1887 Alexander Tyler, a Scottish history professor at the University of Edinburgh, had this to say about the fall of the Athenian Republic some 2,000 years prior: "A democracy is always temporary in nature; it simply cannot exist as a permanent form of government. A democracy will continue to exist up until the time that voters discover that they can vote themselves generous gifts from the public treasury. From that moment on, the majority always votes for the candidates who promise the most benefits from the public treasury, with the result that every democracy will finally collapse over loose fiscal policy, (which is) always followed by a dictatorship."
"The average age of the world's greatest civilizations from the beginning of history, has been about 200 years. During those 200 years, these nations always progressed through the following sequence:

It doesn't hurt to read this several times.

Professor Olson adds: "In aggregate, the map of the territory McCain won was mostly the land owned by the taxpaying citizens of the country.

Olson believes the  United States is now somewhere between the "complacency and apathy" phase of Professor Tyler's definition of democracy, with some forty percent of the nation's population already having reached the "governmental dependency" phase.

If Congress grants amnesty and citizenship to twenty million criminal invaders called illegal's – and they vote – then we can say goodbye to the USA in fewer than five years.

If you are in favor of this, then by all means, delete this message.

If you are not, then pass this along to help everyone realize just how much is at stake, knowing that apathy is the greatest danger to our freedom..

This is truly scary 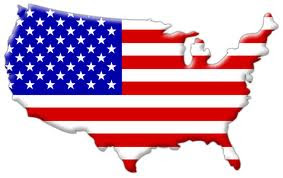 Posted by Diane Sori at 10:41 AM No comments: Links to this post