Romney Will Win Florida, According to Suffolk University Pollster

Take this for what it’s worth- the Suffolk University Political Research Research Center will no longer be polling the 2012 Presidential race in three battleground states- North Carolina (not so surprising) Virginia and Florida (very surprising).


I think in places like North Carolina, Virginia and Florida, we’ve already painted those red, we are not polling any of those states again. We’re focusing on the remaining states.

What’s interesting about this statement is that Suffolk’s most recent poll of Florida Likely Voters conducted at the end of September and published right before the first debate actually had President Obama with a 46-43 lead over Mitt Romney with a D+5 sample.

But looking back, even those pre-debate numbers were troubling for the President on several fronts- as Paleologos noted, the President’s inability to cross the 50% threshold always spells trouble for incumbents.

And subsequent to the Romney’s dominating debate performance, all of the mojo is currently with him in the battleground states, including Florida.

Suffolk boasts of a 96% accuracy rate in predicting outcomes in battleground states and national elections.

Now before of any of you start popping the champagne corks, it’s important to be realistic about the limitations and the accuracy of polling data. The better attitude to assume is that we’re still engaged in a fiercely contested race and your vote could be the deciding one- regardless of what the pollsters are saying.

Nonetheless, this is all good news, and I think I’d much rather be Romney at this stage of the game than Obama in terms of winning Florida.

See the interview by clicking on the link below:
http://shark-tank.net/2012/10/09/romney-will-win-florida-according-to-suffolk-university-pollster/

If you are sick and tired of seeing politicians and others playing the race card, or if you are just disgusted with the grossly dishonest way racial issues in general are portrayed, then you should get a copy of Ann Coulter's new book, "Mugged." Its subtitle is: "Racial Demagoguery from the Seventies to Obama.
Few things are as rare as an honest book about race. This is one of the very few, and one of the very best.

Many people will learn for the first time from Ann Coulter's book how a drunken hoodlum and ex-convict, who tried to attack the police, was turned into a victim and a martyr by the media, simply by editing a videotape and broadcasting that edited version, over and over, across the nation.

They will learn how a jury -- which saw the whole unedited videotape and acquitted the police officers of wrongdoing -- was portrayed as racist, setting off riots that killed innocent people who had nothing to do with the Rodney King episode.

Meanwhile, the people whose slick editing set off this chain of events received a Pulitzer Prize.

Even the Republican President of the United States, George H.W. Bush, expressed surprise at the jury's verdict, after seeing the edited videotape, while the jury saw the whole unedited videotape. Even Presidents should keep their mouths shut when they don't know all the facts. Perhaps especially Presidents.

Innumerable other examples of racial events and issues that have been twisted and distorted beyond recognition are untangled and revealed for the frauds that they are in "Mugged."

The whole history of the role of the Democrats and the Republicans in black civil rights issues is taken apart and examined, showing with documented fact after documented fact how the truth turns out repeatedly to be the opposite of what has been portrayed in most of the media.

It has long been a matter of official record that a higher percentage of Republicans than Democrats, in both Houses of Congress, voted for the landmark civil rights legislation of the 1960s. Yet the great legend has come down to us that Democrats created the civil rights revolution, over the opposition of the Republicans.

Since this all happened nearly half a century ago, even many Republicans today seem unaware of the facts, and are defensive about their party's role on racial issues, while Democrats boldly wrap themselves in the mantle of blacks' only friends and defenders.

To puff up their role as defenders of blacks, it has been necessary for Democrats and their media supporters to hype the dangers of "racists." This has led to some very creative ways of defining and portraying people as "racists." Ann Coulter has a whole chapter titled "You Racist!" with examples of how extreme and absurd this organized name-calling can become.

No book about race would be complete without an examination of the role of character assassination in racial politics. One of the classic injustices revealed by Ann Coulter's book is the case of Charles Pickering, a white Republican in Mississippi, who prosecuted the Imperial Wizard of the Ku Klux Klan in the 1960s.

Back in those days, opposing the Ku Klux Klan meant putting your life, and the lives of your family members, at risk. The FBI had to guard Pickering and his family. Later, Pickering went on to become a federal judge and, in 2001, President George W. Bush nominated him for promotion to the Circuit Court of Appeals.

As a Republican judge, Pickering was opposed by elite liberal Democrats in Congress and in the media who, in Ann Coulter's words, "sent their children to 99-percent white private schools" while "Pickering sent his kids to overwhelmingly black Mississippi public schools."

Among the charges against Pickering was that he was bad on civil rights issues. Older black leaders in Mississippi, who had known Pickering for years, sprang to his defense. But who cared what they said? Pickering's nomination was defeated on a smear.

"Mugged" is more than an informative book. It is a whole education about the difference between rhetoric and reality when it comes to racial issues. It is a much needed, and even urgently needed education, with a national election just weeks away.


The House and Senate races are important too
By: Diane Sori 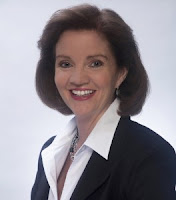 As the most important election of our lifetime draws near, we also must remember that it’s NOT only re-taking the presidency that’s important but that we need victories in the House and Senate races as well.

This is of major importance because on the outside chance that Barack HUSSEIN Obama manages to usurp the office of the presidency again, if we control the House and the Senate he is rendered for all intents and purposes...impotent.  And that’s crucial because we now have three Supreme Court Justices that could retire over the next year, and if Obama is re-elected president the Court would then indisputably become under liberal control, and that will signal a very dangerous precedent for us all.
Therefore, we cannot turn a blind eye to the House and Senate races because any Supreme Court appointments must be confirmed by Congress, and we need good conservative representatives to uphold strong conservative values and ideals NOT liberals who function with a free for all mentality and will push through whomever Obama wants.

One of the hottest and most contested of all Congressional races is the District 22 race in South Florida.  Obama’s little lap-dog and DNC mouthpiece, the notorious Debby Wasserman Schultz, is the current Congressperson in that district.  DWS, as she is known, is small in stature but looms large in her liberal views and opinions.  As a Nancy Pelosi wannabe and fellow career politician, DWS spouts off in lock-step all the standard liberal rhetoric...she’s supports tax increases; she supports full amnesty for ILLEGALS; she supports foreign terrorists being granted US citizen civil rights; she supports the ‘Open Borders’ policy; she supported Obama’s failed Stimulus Act; she was a huge champion for ObamaCare...the very monstrosity that guts Medicare of $716 billion; she opposes all energy exploration both here in the US and offshore; and here’s the worst of all...as a Jew, Debbie Wasserman Schultz has the audacity to NOT only support but to push for Obama’s demand that Israel return to her pre-’67 borders.

And here’s another kicker...if Barack HUSSEIN Obama does usurp again, as DNC Chair, Debbie Wasserman Schultz could very well end up ‘Speaker of the House’ if the Democrats manage to steal enough votes to retake the House.

Can you imagine her nails-on-a–blackboard whiny voice presiding over Congress...that thought alone should be enough to send all running to the polls!

And there’s one more thing that has been spoken about but in very hushed voices...there have been musings out of the Obama campaign that DWS, under a second Obama term, could be appointed to head the United States Department of Health and Human Services (HHS).  Can you imagine DWS protecting the health of Americans and providing essential human services, especially to those who are least able to help themselves.

That is one scary thought.

Thankfully, those in South Florida have an alternative in Conservative Republican KAREN HARRINGTON...’The Principled Choice.’  Karen Harrington is the antithesis of DWS and everything she stands for stands for, and unlike DWS, Karen Harrington is NOT a career politician but is a small business owner who understands how these past four years have been, to put it mildly, counter-productive to small businesses.   Karen Harrington will promote American exceptionalism and work towards repealing ObamaCare while defending and preserving Medicare; she supports balancing the national budget as well as cutting and capping excessive government spending; she will support the implementing of a Flat Tax that is fair to all income groups; she is against amnesty for ILLEGAL immigrants; and unlike DWS, Karen Harrington is a strong supporter and defender of Israel who will NEVER join Obama in stabbing our ally in the back.

And with an endorsement of this magnitude by Senator Marco Rubio, hopefully the reign of Debbie Wasserman Schultz will be coming to an end.

"I am coming to you today to ask for your support of Karen Harrington, she has a shot to win, and we need to keep the majority in Washington, D.C., we talk about repealing ObamaCare, we talk about fixing our tax code, we talk about getting rid of these crazy regulations and having a pro-American energy policy.  But we can't do any of those things unless we have a solid conservative in the House and in the Senate.  We achieved that majority the last two years, and now we have to build on it, so we need your support for Karen Harrington, donate, volunteer, and get you neighbors to vote.  God bless you all."

And though this race is important in keeping our numbers in control of the House, there are races just like this all across America in both the House and the Senate.  Five other races might even become the object for deciding the mindset of Congress as it hopefully heads towards conservatism...four in the House (Incumbents Republicans Allen West of Florida, Steve King of Iowa, Joe Walsh of Illinois and Michele Bachmann of Minnesota are all facing tough election battles), and one in the Senate (Richard Mourdock (R) vs. Joe Donnelly (D) in Indiana).
While these six races might not necessarily determine who holds the majority in the 113th Congress, the political fate of West, Mourdock, King, Walsh and Bachmann along with the demise of Debbie Wasserman Schultz could alter the mindset held within the Republican and the Democratic congressional conferences post-election day and that would be something never seen before.

Hurry up November 6th so we can vote for real change that will return our beloved America back to the way she was always intended to be.
Posted by Diane Sori at 12:17 AM 7 comments: