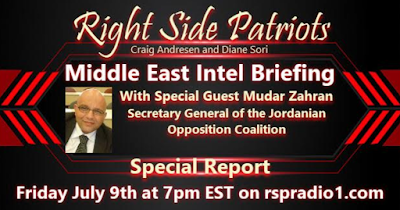 The head of the American Federation of Teachers (AFT) Randi Weingarten makes over half a million dollars per year in her job – more than nine times the average teachers salary in the U.S.

The AFT did not respond to Fox News' request for comment on whether Weingarten's high salary is justified by her work.

Posted by Diane Sori at 7:19 AM No comments:

There's a new conservative alternative to Twitter that launched last week called "GETTR," and it aims to bring a free and open exchange of ideas back to users' social media experience.

GETTR's slogan is "The Marketplace of Ideas," as it works to position itself on the side of free speech in an era when big tech companies are under fire from many — including President Donald Trump — for censoring conservatives.

In an exceedingly crowded field where more conservative alternatives to social media sites such as Rumble and Parler have gained popularity, GETTR charted in App Stores before its official launch and reached the number one spot on the Google Play Store in its first week.

Its popularity has not come without drawbacks, though, as the media platform recently suffered a hack that resulted in the theft of 85,000 users' personal information.

Posted by Diane Sori at 7:11 AM No comments: