Alan Dershowitz: Obama Will Go Down As One Of The Worst Foreign Policy Presidents Ever. He Stabbed Israel In The Back

Yesterday American lawyer (and staunch liberal) Alan Dershowitz is not happy with President Obama’s foreign policy, especially in the wake of hos administration’s latest decision to not veto a UN resolution that not only condemned Israeli settlements, but also stated that the Western Wall is in an occupied territory. Dershowitz also said that the Obama White House is going to play dumb, saying that they didn’t mean for the resolution to take that meaning.

“Well, read the resolution; you’re a lawyer. You went to Harvard Law School,” said Dershowitz. He later said that while he supports Obama’s domestic agenda, his foreign policy is a disaster. He declared that Obama will go down as one of the worst presidents on this subject in our history, and that he stabbed Israel in the back with this UN resolution (via Fox News): See video here: http://townhall.com/tipsheet/mattvespa/2016/12/27/alan-dershowitz-obama-will-go-down-as-on-the-worst-foreign-policy-presidents-ever-he-stabbed-israel-in-the-back-n2263931

He said the president once invited him to the White House and asked personally for his support, promising that he would "always have Israel's back."

"I didn't realize what [Obama] meant is that he would have their back to stab them." 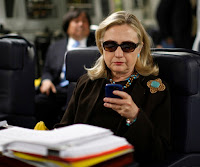 In a new legal development on the controversy over former Secretary of State Hillary Clinton's emails, an appeals court on Tuesday reversed a lower court ruling and said two U.S. government agencies should have done more to recover the emails.

The ruling from Judge Stephen Williams, of the U.S. Court of Appeals for the District of Columbia Circuit, revives one of a number of legal challenges involving Clinton's handling of government emails when she was secretary of state from 2009 to 2013.
Clinton, the 2016 Democratic presidential nominee, used a private email server housed at her New York home to handle State Department emails. She handed over 55,000 emails to U.S. officials probing that system, but did not release about 30,000 she said were personal and not work related.

The email case shadowed Clinton's loss to Republican Donald Trump in the Nov. 8 presidential election. Trump, who had repeatedly said during the bruising campaign that if elected he would prosecute Clinton, said after the election he had no interest in pursuing investigations into Clinton's email use.
Read more »
Posted by Diane Sori at 8:59 AM No comments:

Email ThisBlogThis!Share to TwitterShare to FacebookShare to Pinterest
Israel to defy UN, build thousands of new homes in East Jerusalem

East Jerusalem is not occupied territory. It belongs to Israel by historical right, by UN declaration, and by right of conquest (a right universally recognized for every country in the world except Israel). Obama has betrayed a U.S. ally, while showering billions upon a state whose government orders its people to chant “Death to America.” […]

Thus from Obama’s “most trusted” “favorite” ally. Hussein engenders such respect and loyalty from his “friends,” does he not.

I have published numerous reports of US arms and aid in the hands of ISIS. The creation and rise of ISIS is all a result of Obama’s foreign policy failures.

The head of state claims the coalition has given support to terror groups including ISIS and Kurdish militant groups YPG and PYD.

Erdogan said “it’s very clear” the US is supporting terror groups in a damning press conference in Ankara.

He said: “They were accusing us of supporting Daesh (Islamic State).

“Now they give support to terrorist groups including Daesh, YPG, PYD. It’s very clear. We have confirmed evidence, with pictures, photos and videos.”

Read entire article here: http://pamelageller.com/2016/12/turkeys-president-recep-tayyip-erdogan-says-confirmed-evidence-us-supported-isis.html/
Posted by Diane Sori at 8:44 AM No comments:

For those who missed yesterday's RIGHT SIDE PATRIOTS broadcast (or just want to listen in again) where we discussed Obama's stabbing Israel in the back at the U.N., how to major in nothing while going to college, and our end-of-the-year recap, it will be rerun tonight at midnight and throughout the week on American Political Radio at bit.ly/2cpXuRd

Or you can listen in on the cloud at the time of your choosing at: https://soundcloud.com/right-side-patriots-260798913
Posted by Diane Sori at 1:59 AM No comments: