RIGHT SIDE PATRIOTS...for those who missed last night's show (or just want to listen in again) where Craig Andresen and Diane Sori discussed 'Divert and Deflect...News Stories You Probably Missed'; 'Liberals...Triggered By a Myth'; 'Georgia Gets It Right'; Netanyahu Wins an Unprecedented 5th Term; and other important news of the day...you can listen to it (and previous shows) at your convenience on our PodBean hosting/archive site. Click here: https://rightsidepatriots.podbean.com/ to go directly to our podcasts and hope you become 'followers' of RIGHT SIDE PATRIOTS. And our podcasts are now also on Spotify at: https://tinyurl.com/y76xxz8q 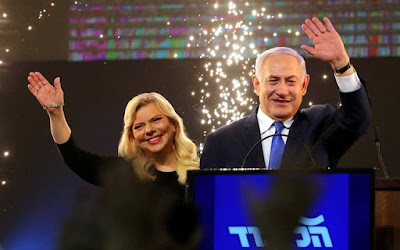 Before he turned against Donald Trump, pled guilty to fraud charges, and sentenced to three years in prison, Michael Cohen was the president’s personal lawyer who was the focal point of a fake news story that sent those peddling the Russian collusion myth into overdrive. Granted, many stories published by various publication alleging Russian collusion did the same thing over a period of two years, only to be utterly embarrassed by the Mueller investigation’s report, which completely exonerated Trump and his staff of colluding with the Kremlin. For the Left, it’s a punch to the gut. The game plan was to impeach the president based on a damaging Mueller report. That’s not going to happen, as the Senate is bound to kill any push to remove Trump from office. It’s always been pie-in-the-sky. The magical unicorn that cannot be caught—and the Left is still addicted to the chase of trying to catch it. It will never happen. Even prior to the report, there was zero evidence that Trump or his officials had colluded with the Russians.

Are there people on the watchlist who shouldn’t be on it? Have law-abiding, peaceful Muslims been inconvenienced? Probably. Mistakes will always be made. But Shibly doesn’t want just more care when adding people to the watchlist, and better treatment of the people who are on it. He wants it scrapped altogether. This is tantamount to […]
Read in browser »
Posted by Diane Sori at 7:24 AM No comments:

Israel is a miracle country. A bright light in a dark region. Despite the regular attacks from the BDS Movement, the United Nations, academia, the mainstream media, and the neo-Nazi Democrats, Israel continues to thrive and prosper as never before. Israel’s continued ascension is a testament to the indomitable spirit of the Israeli people. Am Yisrael Chai!

A Central Bureau of Statistics (CBS) report released Sunday reveals that foreign investments in Israel totaled $129.1 billion for 2017, a 20.2 percent increase compared to 2016 and 30 percent higher than 2015, which saw foreign investment of under $100 billion.

Read entire article and see video here: https://gellerreport.com/2019/04/israel-investment-future.html/
Posted by Diane Sori at 7:22 AM No comments:

BARR INVESTIGATING THE INVESTIGATORS: Attorney General William Barr has assembled a "team" to investigate the origins of the FBI's counterintelligence investigation into the Trump campaign, Fox News has learned ... Republicans repeatedly have called for a thorough investigation of the FBI's intelligence practices and the basis of the since-discredited Russian collusion narrative following the conclusion of Special Counsel Robert Mueller's probe.
Meanwhile, Barr is expected to return to Capitol Hill Wednesday for the second of two days of hearings about the Justice Department's budget. However, like House lawmakers on Tuesday, members of the subpanel of the Senate Appropriations Committee are expected to focus on Barr's plan release a redacted version of the Mueller report. Barr said Tuesday a redacted version of the Mueller report would be made available "within a week."