While it IS all about the economy, make November's Presidential vote rallying cry 'Remember Benghazi' and honor our American dead because... 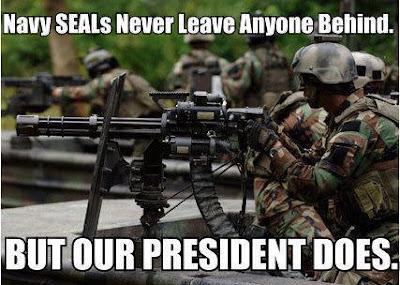 Posted by Diane Sori at 4:20 PM No comments:

PETITION: Barack HUSSEIN Obama must be held responsible for the MURDERS and cover-up at Benghazi

To: The US House and Senate

Four Americans were brutally slaughtered at Benghazi yet Barack HUSSEIN Obama and his entire administration denied any link to islamist terror groups for weeks, instead choosing to blame the attack and MURDERS on a two-bit video. They knew the truth for while the 7-hour attack was actually in...See More

Thanks for signing the petition.

Can you help us reach our goal of 1,000,000 signatures?
Invite Friends
By signing your name to this petition we are sending a loud and clear message that 'We the People' have had enough of this president and his administration's LIES and cover-ups about Benghazi. We DEMAND the truth be told and told NOW, and that if need be according to our Constitution and rule of law that ARRESTS BE MADE even if it means the arrest of Barack HUSSEIN Obama himself.

Here is the direct link to sign the petition...time is running out.
http://www.causes.com/actions/1696525?utm_campaign=home

Posted by Diane Sori at 1:01 PM No comments: 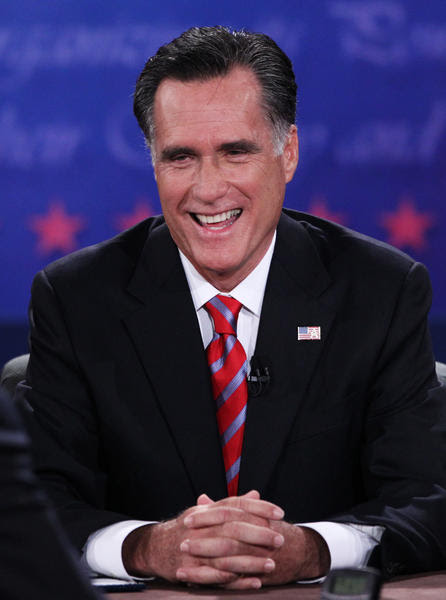 Brush away all the rhetoric, all the vitriol, all the divisiveness from the presidential campaign. To most Americans, only one thing matters — the economy.

Four years into Barack Obama’s presidency, economic growth is sputtering. Family incomes are down. Poverty is up. Business owners are reluctant to assume risk in the face of unending uncertainty. Many are holding on by their fingernails, desperate for signs of an economic recovery that will help them provide for themselves, their employees, their customers and their communities.

When President Obama came into office in 2009, the economy was in freefall and though untested, he inspired us with his promise of hope and change. Now, four years later, we have little reason to believe he can turn things around.

So while we endorsed Obama in 2008, we recommend voters choose Republican Mitt Romney on Nov. 6.

Yes, the jobless numbers from September showed a drop to 7.8 percent unemployed, the first time in almost four years that it’s been below 8 percent. But the numbers are deceiving because more than 4 million Americans have given up looking for work since January 2009.

Behind those numbers are the faces of your neighbors, your family members, perhaps even yourself. Good people who want to work, but who cannot find jobs because job creators have lost faith in the nation’s economic direction.

A leader’s job is to create an environment where people can do their best work — in this case, a marketplace where good jobs can grow. Obama deserves credit for supporting the American auto industry during a time of enormous peril. And the federal stimulus — which was backed by both parties, and largely distributed by Florida’s Republican-led legislature — helped build roads, dredge shipping channels and keep teachers employed, among other things.

But today, rather than articulate a compelling vision for growth, the president falls back on the tired talking point of increasing taxes for the wealthy. Americans want our tax code to be fair — and fixed; there’s no question about that. But it’s hard to see how raising taxes is going to kickstart jobs in the private sector.

The president had enormous opportunity when he took office, with Democrats controlling both houses of Congress. But he failed to focus on Job One: Jobs.

Instead, he tackled the nation’s health care system, something most people agree needs fixing. No one wants to see people with pre-existing conditions denied health coverage. Insurance costs are taking too big a bite out of family incomes. And employers want their work family to have access to health care beyond the emergency room.

But the way this president went about solving the problem — throwing the ball to Congress with little direction, refusing reasonable compromises, settling on a solution that satisfied few — left this nation bitterly divided and shook our confidence in his ability to solve tough problems.

In these uncertain times, we need a leader who will chart a clear course, sweat the details and get the job done right.

We believe Romney’s past performance is a predictor of his future behavior. He’s proven himself to be a successful businessman. He rescued the 2002 Winter Olympics from scandal and mismanagement. He worked with a Democrat-dominated legislature as governor of Massachusetts to close a $3 billion budget deficit — without borrowing and raising taxes.

Certainly we have problems with Romney. At various times, and depending on whom he is speaking to, he has tried to appeal to social conservatives and immigration extremists. His foray overseas this summer was hardly a roaring success, but during the most recent debate, he showed himself to be considered a leader capable of keeping our ship of state on a steady course.

America is a war-weary nation, and while the Middle East remains a powder keg, diplomacy must remain the first, second and third tools in our toolbox; military might the last.

One other thing to remember: the next president will likely affect the makeup of the Supreme Court, as four justices are in their 70s. Whether that will put women’s rights and other policies in danger is something voters need to consider.

But with our nation facing another fiscal cliff in January — when Congress again addresses the debt ceiling, tax hikes and spending cuts — social issues are not Job One.

We believe Romney will help this nation find the political will to address the challenges with Social Security, Medicare and Medicaid. We’d like to see him exercise equal fiscal discipline at the Pentagon, whose budget has grown 50 percent in 10 years and exceeds that of the next 10 largest nations combined.

President Obama is a decent man who took office with the nation facing an economic precipice. But even he predicted he would be a one-term president if he failed to turn things around.

We believe the best chance to get America back working again is to elect Mitt Romney. That’s why we endorse him for president.