Transponder and Communications Systems Manually Shut off on Missing Plane

Following up on my last post, we now know the transmission on the jet was disabled by someone on board. ABC is reporting that two different communication systems were shut down manually at different times — one was shut off at 1:07 am and one at 1:21 am.

Two U.S. officials tell ABC News the U.S. believes that the shutdown of two communication systems happened separately on Malaysia Airlines Flight 370. One source said this indicates the plane did not come out of the sky because of a catastrophic failure.

This indicates it may well have been a deliberate act, ABC News aviation consultant John Nance said.

U.S. investigators told ABC News that the two modes of communication were “systematically shut down.”

That means the U.S. team “is convinced that there was manual intervention,” a source said, which means it was likely not an accident or catastrophic malfunction that took the plane out of the sky.

A number of people who had been briefed said the transmissions were information that had been relayed from onboard monitoring systems embedded in the two Rolls-Royce PLC Trent 800 engines, not the idling satellite communications system.
Posted by Diane Sori at 7:58 AM No comments:

Not running an ad featuring photos of wanted terrorists because they are Muslims, and “moderate” Muslims who supposedly oppose what they did in the name of Islam would be offended, is the height of suicidal idiocy. And so we are appealing.


The American Freedom Law Center (AFLC) filed its opening brief on Friday in the U.S. Court of Appeals for the Ninth Circuit, appealing a lower federal court ruling that denied AFLC’s motion for a preliminary injunction.  AFLC’s motion requested that the court order the King County, Washington, transit authority to display an anti-terrorism bus advertisement that it had refused to display.

The proposed advertisement, which was submitted by the American Freedom Defense Initiative (AFDI) and its executive directors, Pamela Geller and Robert Spencer, included pictures, names, and a similar message from an earlier anti-terrorism advertisement sponsored by the U.S. State Department, which was accepted for display on King County buses.  The State Department advertisement depicted the “Faces of Global Terrorism” in an effort to “stop a terrorist” and “save lives.”  In addition, the advertisement offered an “up to $25 million reward” for helping to capture one of the FBI’s most wanted terrorists.

Moreover, in the State Department advertisement, thirty out of the thirty-two listed terrorists had Muslim names or are wanted for terrorism related to organizations conducting terrorist acts in the name of Islam.  After complaints from a Washington State politician and two Muslim-American advocacy groups that claimed the list of wanted global terrorists appeared to include only Muslim terrorists, the federal government terminated its “Faces of Global Terrorism” advertisement campaign.

On January 27, 2014, David Yerushalmi, AFLC Co-Founder and Senior Counsel, presented oral argument before Federal Judge Richard A. Jones, sitting in the United States District Court for the Western District of Washington. [See video of oral argument here.]  Yerushalmi argued that King County’s refusal to run the advertisement was an unconstitutional prior restraint on free speech and therefore the court should order the agency to display the advertisement immediately.

Nevertheless, Judge Jones ruled that King County’s decision to reject the advertisement was “reasonable,” specifically noting that displaying pictures of Muslim and Arab terrorists and labeling them jihadis is offensive to Muslims.


“We are confident that the Ninth Circuit will reverse this decision.  The trial court sacrificed Free Speech for political correctness.”


“Simply put, the government’s position is inconsistent with reality – namely, sharia-adherent jihadists pose a significant threat to our national security.

This case is a classic articulation of political correctness as a form of tyranny, which violates our fundamental right to freedom speech guaranteed by the First Amendment.

Police investigating the backgrounds of all 239 people aboard the missing Malaysia Airlines flight are paying special attention to a 35-year-old Chinese Uighur Muslim man who undertook flight simulation training, according to a report in a leading Malay language newspaper in Kuala Lumpur.

SMH (h/t Susan K)  The Uighur Muslims ethnic minority group from the north-western Chinese province of Xinjiang have been battling for independence since they were brought under Chinese control in 1949, claiming they are oppressed by China’s authoritarian government and face religious restrictions and widespread discrimination. 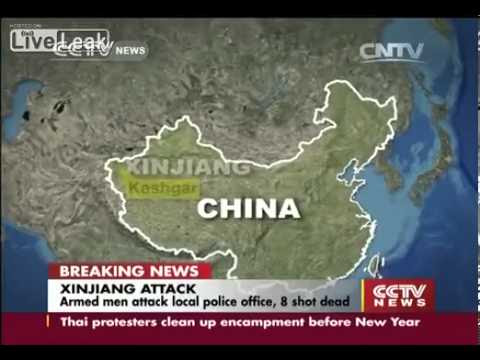 Earlier this month the Uighurs, who make up 45 percent of the population of Xinjiang, were blamed for a violent attack at a Chinese train station. (See this and other attacks in links below) At least 100 people have been killed in the past year in violent clashes between Uighurs and Chinese security forces.

The Harian Metro newspaper quoted an unnamed source as saying the man is not a suspect over the plane’s disappearance but that investigators were delving into his background. According to the source the man has a PHD from a university in Britain was recently worked as a lecturer at a university in Turkey. The source said he undertook flight simulation training in Sweden in around 2006.

Malaysian officials have not confirmed the information. No group has claimed responsibility for the plane’s disappearance.

Police are checking the psychological and personal backgrounds of the 227 passengers and 12 crew, including chief pilot Zaharie Ahmad Shah whose house has been raided by police. Police questioned his family about his behavior over the days before the plane’s disappearance, the same as they plan to do for all who were on board.

Mr Zharie is a veteran pilot with 18,000 flying hours. Police say they are investigating the possibilities of hijacking or sabotage.