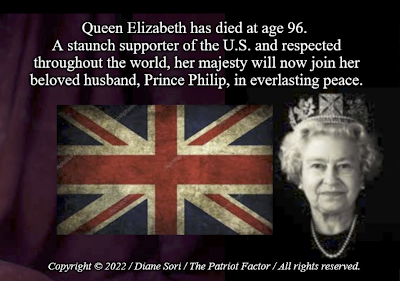 Posted by Diane Sori at 2:08 PM No comments:

Police arrested a 19 year-old suspect, Ezekiel Kelly, in connection to the shooting rampage across Memphis, Tennessee, on Wednesday, which left four people dead and another three injured.

The shootings reportedly took place across eight locations, with the suspect streaming at least one of the attacks on Facebook Live. The manhunt practically shut down the entire city, with residents warned to stay indoors, some public transit suspended, and the University of Memphis on lockdown as police searched for him.

At the news conference, Chief Cerelyn (C.J.) Davis of the Memphis Police Department laid out a detailed timeline of the shooting spree, saying that Mr. Kelly’s crimes started just before 1 a.m. Wednesday, when a 24-year-old man was shot and killed in his driveway in the 3100 block of Lyndale Avenue.

Email ThisBlogThis!Share to TwitterShare to FacebookShare to Pinterest
The One Stacey Abrams Quote That Should Makes Dems Uneasy
Matt Vespa / Townhall Tipsheet

Stacey Abrams is running for governor again, but it’s not going well. One could argue that it’s the Andrea Doria of political campaigns right now. She’s heading for another defeat against incumbent Republican Brian Kemp, who beat her outright in 2018, though Abrams has yet to concede that race. Abrams became an overnight celebrity within the Democratic Party and played a crucial role in securing the state for Joe Biden in 2020. You’d think that with the political infrastructure she had a hand in manufacturing, her 2022 run would be smoother sailing. That turned out to be a gross miscalculation.

With an economy in recession, Joe Biden’s approvals in the 30s, high inflation, and Georgia, by default, not being a true-blue state, the climate never favored a Democrat in the Peach State. To make matters worse, Abrams appears to have had a lackadaisical approach concerning voter outreach operations, which is inexcusable since she’s seen a decline in support with black men. This key voting bloc kept the 2018 race close. Read more and see tweets here.