While one of the masterminds of Benghazi...Mustafa al-Imam...has been captured isn't it odd that Obama and Hillary are still allowed to walk free.
Posted by Diane Sori at 9:30 AM No comments:

Lindsey Graham: There 'will be holy hell to pay' if Trump fires Mueller

Special counsel Robert Mueller’s charges against former Trump campaign chairman Paul Manafort and two other aides mark a new phase in his sprawling investigation into Russia and President Donald Trump. But the president’s supporters on Capitol Hill have said they want all the facts to come in first.

There “will be holy hell to pay” if Mueller is dismissed, Senator Lindsey Graham, R-S.C., told Fox News on Monday, unconcerned about rumblings of the ongoing threat Mueller poses to the president. He said there is zero evidence from the White House that Mueller’s investigation will be stopped or curtailed.

Asked to elaborate, Graham continued: “I've heard nothing from the White House to suggest that the president's going to try to replace Mr. Mueller. Zero evidence from anybody I've talked to. It would be wrong to do so unless there were cause.”

People familiar with Trump’s thinking told The Associated Press the president has become increasingly concerned that the Mueller probe could be moving to an investigation into his personal dealings.

Guy Benson / Townhall Tipsheet
Last week, we shared the results of an independent study predicting double-digit premium increases across all Obamacare coverage levels in 2018, including a 34 percent jump among "baseline" silver plans.  We also highlighted a Politico review of the law's devastating impact on many consumers in Iowa, one of the states hit hardest by Obamacare's enduring and systemic failures.  This week brings a fresh report from the Department of Health and Human Services, confirming the "Affordable" Care Act's continued downward spiral.  Via the Washington Examiner's summary:

Health insurance premiums for the first Obamacare open enrollment under President Trump will be 37 percent higher than last year for mid-level plans sold on healthcare.gov, according to a new report by the Department of Health and Human Services...The latest report, prepared by the Office of the Assistant Secretary for Planning and Evaluation, found that a 27-year-old who buys a mid-level plan, known as a silver plan, and does not receive a subsidy from the federal government will pay an average of $4,932 in premiums for 2018.

Posted by Diane Sori at 9:14 AM No comments:

Kelly on Controversy With Dem Rep Over Gold Star Phone Call: I Have Nothing to Apologize For

There is one person White House Chief of Staff John Kelly will not be apologizing to—and that is Democratic Rep. Frederica Wilson.

Appearing on the premiere of Fox News’s “The Ingraham Angle,” the retired general said he continues to stand by his defense of President Trump’s call to Myeshia Johnson, the widow of the Sgt. La David Johnson, one of the Green Berets killed in the Niger ambush earlier this month.

Host Laura Ingraham asked Kelly if has anything to apologize for.

Wilson, for example, has demanded one for what she claims was “character assassination.”

"Oh, no. No. Never," Kelly said. "Well, I’ll apologize if I need to, but for something like that, absolutely not. I stand by my comments."

Kelly defended the widow’s comments about Trump—but was less forgiving about the politicization of the event.

"It was absolutely depressing to me to see how that was turned into a political event. I just don’t know how anyone could possibly criticize another human being for doing the best he or she can do to express sorrow from the bottom of their hearts," he said.

They could be anywhere, and are likely plotting jihad massacres wherever they are. These men are enemy combatants, who gave their allegiance to an entity that has repeatedly insisted that it is at war with the United States. Those who have returned already should not have been allowed back in, and should be closely watched. […]

A letter filled with images of swastikas and containing an unknown white powder was just received by officials with the Israeli consulate in New York City.

Police officials determined after a time the powder was harmless.

But the building was in shut-down mode for some time, as law enforcement officials responded to what was initially thought to be an attack of terror.


[A] pink swastika was spray-painted across the doors of the Sutton Place Synagogue, in New York’s Midtown Manhattan area, the [New York Daily News] reported.

Surveillance video shows three men near the synagogue, with one spray-painting the doors.

Email ThisBlogThis!Share to TwitterShare to FacebookShare to Pinterest
Wishing a Happy Halloween to all my blog followers.
May the spirits of the night treat you right
and...
may candy corn’s be a special delight. 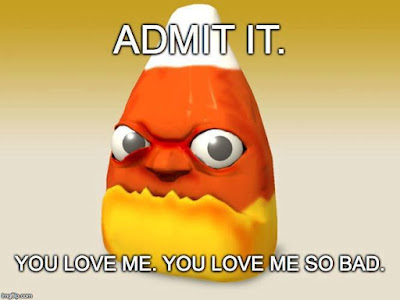