RIGHT SIDE PATRIOTS
For those who missed today's (3/19/16) RIGHT SIDE PATRIOTS radio show or for those who'd like to listen for the first time, click on the link below...and as always Craig and I stand behind every word said.
On this show Craig and I discussed foreign policy and Trump's lack of knowledge thereof; threats of violence coming directly from Trump; and attacking the messenger instead of the message.
https://soundcloud.com/right-side-patriots-260798913/rightsidepatriots2016-03-191000021

Posted by Diane Sori at 8:28 PM No comments:

Journalism is a jihad for Allah? Well, it seems improbable, but it would certainly explain the odd and unshakable biases of pro-jihad and/or anti-anti-terror U.S. “journalists” such as Andrew Kaczynski, Christopher Massie, Scott Shane, Christiane Amanpour, Bob Smietana, Niraj Warikoo, Kari Huus, Lisa Wangsness, Anne Barnard and so very many others! “Journalism is a jihad, […]

“Literally the entire national security team recommended unanimously handling Mubarak differently than we did,” Gates said. “And the president took the advice of three junior backbenchers in terms of how to treat Mubarak.” Obama was so avid to support the Muslim Brotherhood in Egypt, he went against the advice of his national security team. The Egyptian people complained that he was supporting terrorism. And they were right. 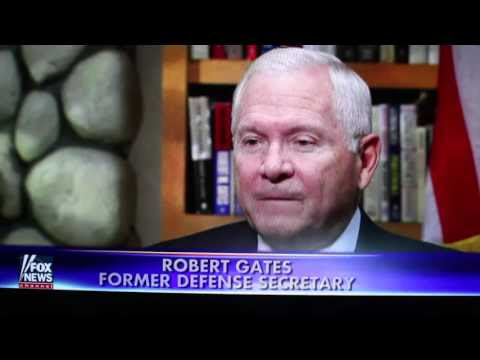 According to The Hill, Republican senators are planning to introduce a bill to sanction Iran for its support of terrorist activities throughout the Middle East and its human rights abuses in the coming days.

“I reject our current posture of willful ignorance and inaction towards Iran's terrorist activities, illegal missile testing, funding Assad's war, and human rights abuses,” says Sen. Mark Kirk.  “The Administration’s response cannot once again be it’s ‘not supposed to be doing that’ as Iran continues to walk all over U.S. foreign policy and the international community,"

He is joined by 15 other Republican senators including Senate Majority Leader Mitch McConnell.

"Iran Terrorism and Human Rights Sanctions Act of 2016" would include:


1) impose new sanctions against Iran’s Islamic Revolutionary Guard Corps (IRGC) and Mahan Air, an Iranian airline that has assisted the IRGC and IRGC-Qods force in spreading terrorism and militancy throughout the Middle East;
2) codify the current prohibition against Iran’s direct and indirect access to the U.S. financial system, while also streamlining and strengthening the stringent requirements for the president to remove Iran or any other country from the state sponsors of terrorism list;
3) impose new sanctions against Iran for human rights abuses.

Israel faces threats from every direction. First, citizens watched Hamas rockets fly over their heads. Now, they are concerned about being stabbed by Palestinian terrorists. Israelis are even more on edge after the White House's nuclear agreement with Iran, which many argue will make it easier for Iran to develop a nuclear bomb. This sensitive environment has urged a few legislators to introduce a bipartisan effort to ensure our Middle East ally has at least some tools at their disposal to thwart future attacks. Reps. Elise Stefanik (R-NY), Tom MacArthur (R-NJ), and Donald Norcross (D-NJ) have presented the "U.S.-Israel Security 5 Cooperation Act" that would allow our Defense Department to cooperate with Israel to develop energy capabilities to detect and defeat ballistic missiles and other impending threats.


“We must make vital investments in missile defense and further expand our partnership with Israel in this field which has made great strides in recent years, and will offer the U.S. and Israel a less expensive and highly capable defense system," said MacArthur. "As our closest ally in a highly unstable part of the world, Israel faces countless threats and challenges to her very existence, including the ballistic missile testing conducted by Iran last week which included the insult “Israel should be wiped off the earth” written in Hebrew on one of the missiles. It is abundantly clear that there is no time to waste in helping to improve the defense of both the US and Israel.”

UPDATE 1- Some new details have emerged about the events of Friday:


TV cameras filmed a series of explosions and the sound of fresh gunfire in the area at around 6.20pm, more than two hours after the arrest, as police continued to search for suspects after Abdeslam war arrested.
After escaping another besieged flat on Tuesday, he was tracked to a home in Molenbeek this afternoon. Special forces are understood to have been monitoring the house for at least 48 hours.

It is understood grenades were used in the operation, which unfolded at about 4.30pm.

Gun shots and explosions were heard while white smoke was seen in the area as police moved in on Abdeslam, who had been on the run for 126 days.

Emergency services were quick to arrive at the scene which was shut down by officers wearing heavy riot gear.

Abdeslam was wounded, and then retreated into a house in Molenbeek with two men. At least one of the other men is wounded, and one may be dead, said the source.

He and another wounded suspect were taken to the city’s Saint Pierre Hospital which was last night sealed off behind a security perimeter.

A lawyer for the families of those who lost their lives in the Paris massacre have demanded that he is extradited to France immediately.
Read more »
Posted by Diane Sori at 12:11 AM No comments: