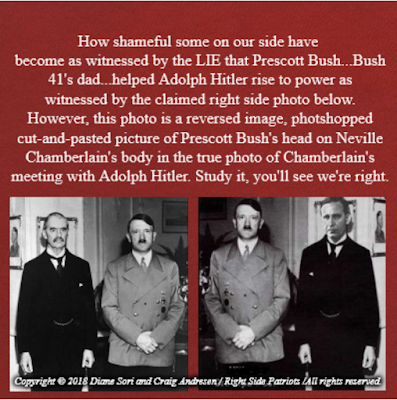 A military guard carried George H.W. Bush’s coffin into the U.S. Capitol on Monday as the sun set in Washington, beginning several days of ceremonies and tributes to the 41st president.

In addition to Bush’s family — including former President George W. Bush — lawmakers and former and current government officials filled the Capitol Rotunda, where the late president’s body lies in state, the 32nd person to be so honored.

Senate Majority Leader Mitch McConnell, in the opening eulogy, said Bush ran the nation with “modesty and kindness that would have been surprising in someone one-tenth as tough and accomplished as he was.”

Email ThisBlogThis!Share to TwitterShare to FacebookShare to Pinterest
UN passes 6 anti-Israel resolutions in one day, rejects Jewish ties to Jerusalem

Meanwhile, Israel continues to innovate and invent solutions that make the world a better place and alleviate misery and hunger.

Back in the 1980s, Ayn Rand said this about  the United Nations: “Psychologically, the U.N. has contributed a great deal to the gray swamp of demoralization—of cynicism, bitterness, hopelessness, fear and nameless guilt—which is swallowing the Western world. But the communist [Islamic] world has gained a moral sanction, a stamp of civilized respectability from the Western world—it has gained the West’s assistance in deceiving its victims—it has gained the status and prestige of an equal partner, thus establishing the notion that the difference between human rights and mass slaughter is merely a difference of political opinion.

Read entire article here: https://gellerreport.com/2018/12/un-anti-israel.html/
Posted by Diane Sori at 8:16 AM No comments: 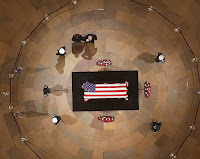