THINKSTOCK
WASHINGTON (MCT) — Megan Boken was chatting with her mom on her new iPhone on Aug. 18, 2012, when a thief shot her dead on the street in St. Louis, Missouri. He wanted the 23-year-old’s smartphone.

A new law signed in California last week is designed to eliminate the incentive for smartphone-related crimes like the one that killed Boken. The law requires all cellphones sold in the state to come with a “kill switch” that allows phones to be remotely disabled, rendering them useless to thieves.

Since there’s little point in making only smartphones in California comply with the new law, the legislation likely will push the wireless industry to adopt kill switches as a default feature on all phones in the United States and worldwide.

Most major smartphone manufacturers and cellular providers in the United States already are moving in that direction, with Apple, Google, Microsoft and others announcing their intention to equip all phones built after July 2015 with anti-theft software, at no cost to consumers.

“We hope it will be a market changer,” said Elisa Odabashian, who lobbied for the California bill as director of the West Coast office and state programs for Consumers Union, the advocacy arm of Consumer Reports.

But privacy groups worry that the technology could be abused by government authorities or police, and mobile carriers have raised concerns that a kill switch could make smartphones more vulnerable to hackers.

“We’ve seen instances of governments abusing the ability to block communications both home and abroad; while this bill acknowledges safeguards to prevent such abuses in California, a large barrier — technical access to our phones — will have disappeared,” protested the digital civil liberties group Electronic Frontier Foundation in a written statement.

Sponsored by state Sen. Mark Leno, California’s kill switch law follows a similar one enacted in Minnesota in May. In Minnesota, however, it’s up to users to download and enable anti-theft technology, whereas in California the kill switch functionality must be preloaded onto the phone.
Kill switch bills also are being considered in Illinois, New York and Rhode Island.

A federal version, dubbed the Smartphone Theft Prevention Act, was introduced by Democrats in the U.S. Congress earlier this year.

For privacy groups, however, the concern is that the California bill isn’t explicit about who can activate a kill switch, and the technology could potentially be abused law enforcement or government authorities.

The California bill allows law enforcement to use the kill switch under certain conditions outlined in the state’s public utility code, which gives police the ability to cut off communications with a court order or in an extreme emergency that presents an “immediate danger of death or great bodily injury.”

This means that police could use the kill switch to shut down phones as a means of disrupting protests if they deemed the situation sufficiently dangerous, said Jake Laperruque a fellow on privacy, surveillance and security at the Center for Democracy & Technology.

Recent events in Ferguson, Mo., highlight the risks of abuse, Laperruque wrote in a blog post this week.

“Police have repeatedly attempted to disrupt protests and ordered both demonstrators and press to turn off recording devices,” he wrote. “If the California bill were in place in Missouri, these officers might deploy the government kill switch alongside tear gas and rubber bullets, using the mandated technology to stop coordination between protesters, cut off access to outside information, and shut down video recordings that can deter police misconduct.”
Posted by Diane Sori at 8:13 AM 1 comment:

Democrats are using the tragic shooting of Michael Brown in Ferguson, Missouri earlier this month to mobilize black voters ahead of the midterm elections. It could impact the races in Georgia, North Carolina, Louisiana, and Arkansas, where black voters represent a significant part of the electorate. African-Americans represent thirty percent of eligible voters in Louisiana and Georgia alone. The New York Times’ Jonathan Martin indicated that African-Americans “played a pivotal role” in 1998 elections. Yet, trying to drive up voter turnout will be tricky since the states that will determine if Democrats keep the Senate are in the south, where Obama is deeply unpopular (via NYT):


With their Senate majority imperiled, Democrats are trying to mobilize African-Americans outraged by the shooting in Ferguson, Mo., to help them retain control of at least one chamber of Congress for President Obama’s final two years in office.

In black churches and on black talk radio, African-American civic leaders have begun invoking the death of Michael Brown in Ferguson, along with conservative calls to impeach Mr. Obama, as they urge black voters to channel their anger by voting Democratic in the midterm elections, in which minority turnout is typically lower.

“Ferguson has made it crystal clear to the African-American community and others that we’ve got to go to the polls,” said Representative John Lewis, Democrat of Georgia and a civil-rights leader. “You participate and vote, and you can have some control over what happens to your child and your country.”

The push is an attempt to counter Republicans’ many advantages in this year’s races, including polls that show Republican voters are much more engaged in the elections at this point — an important predictor of turnout.
…
[T]he terrain is tricky [for Democrats]: Many of the states where the black vote could be most crucial are also those where Mr. Obama is deeply unpopular among many white voters. So Democratic senators in places like Arkansas, Louisiana and North Carolina must distance themselves from the nation’s first African-American president while trying to motivate the black voters who are his most loyal constituents.
…
While minority turnout traditionally declines in nonpresidential election years, there have been midterm elections in which Southern blacks played a pivotal role. An example occurred in 1998, when President Bill Clinton was, like Mr. Obama, under fire from Republicans and nearing the end of his White House years.

The last point Martin makes is kind of odd. I would agree that it would’ve been pivotal if the Democrats took back the Senate in 1998, but they didn't. There was no swing in the Senate composition at the end of the night; Republicans held 55 seats and the Democrats had 45. Each party lost and gained three seats.

Democrats took out Republican incumbents in New York, North Carolina, and Indiana, while Republicans gained Democratic seats in Ohio, Illinois, and Kentucky. These elections would usher in Chuck Schumer and John Edwards into the Senate.

In Arkansas, Democrats were able to keep the seat Democratic with Blanche Lincoln and incumbent Sen. Paul Coverdell was able to hold the line for the Republicans in Georgia.

So, what’s so “pivotal” about a draw? Not only that, but a draw that ended with Republicans keeping their ten seat majority.

Also, are Democrats really so desperate that they need to politicize someone’s death? Then again, we’re talking about the political left; seldom do they exude any form of shame. Nevertheless, I think we can all agree that exploiting death to drive up voter turnout is, well, abhorrent.

Is Sen. Ted Cruz considering a 2016 presidential bid? Politico insinuated that Sen. Cruz's new hires might have been made with 2016 in mind. But, of course, his staff tried to quell rumors:


Ted Cruz is beefing up his political staff as speculation heats up that the Texas senator may run for president in 2016. …

Joel Mowbray, a consultant for a foreign policy think tank, has been volunteering for the political operation and “will end up playing a role” on the paid political staff, the adviser said. Nick Muzin, a former top House Republican Conference aide that now works in Cruz’s congressional office as a deputy chief of staff, will be working on coalitions building and outreach for Cruz’s political operation.

Jason Miller, who’s advised prominent conservatives like Sen. Tom Coburn (R-Okla.) and Rep. Darrell Issa (R-Calif.), has been brought on to “to put together a more robust communications operation,” the adviser said, while longtime GOP presidential campaign hand and Axiom Strategies founder Jeff Roe has been brought on board to build out the political organization. Lauren Lofstron will work on fundraising. Those three hires were first reported by the Washington Examiner.

Chip Roy, Cruz’s chief of staff, also received $1,100 in July for political consulting for the senator’s leadership PAC — though this is not Roy’s first work on the political side for Cruz, the adviser said. Both GOP Sens. Rand Paul of Kentucky and Marco Rubio of Florida have moved their chiefs from their congressional offices to their political operations — but Roy isn’t going anywhere yet.

Several Cruz aides sought to dispel rumors that Roy is stepping away from Cruz’s congressional office to engage in politics full-time. Roy remains Cruz’s chief of staff, they said.

His address at Defending The American Dream Summit over the Labor Day weekend had some on Twitter predicting that he will toss his hat in the ring. It’s about half an hour. Sen. Cruz’s mantra of “retiring” Harry Reid was a hit with the attendees. He said 2014 is about defending our constitutional rights, namely the right to bear arms, defeating Common Core, protecting the First Amendment, ending the IRS targeting of conservatives, and holding the overly-politicized Department of Justice accountable. He called for the impeachment of Attorney General Eric Holder.

He added this election is also about defending the Fourth and Fifth Amendments’ right to privacy. I’ll let you debate if that’s a bit of a stretch. There is no explicit right to privacy in the U.S. Constitution.

Sen. Cruz also eviscerated Obama’s foreign policy and our lack of leadership around the world, specifically with how we’re dealing with ISIS and controlling Russia’s current belligerent state in Eastern Europe.

He gets the base energized. He surely got the freedom fighters attending Defending The American Dream excited, but is this setting the stage for a 2016 campaign? His address was very 2014-centric, but a lot remains to be seen.  Gov. Scott Walker of Wisconsin, who's name's been floating around as a potential 2016 candidate could be taken out of the running if he loses re-election this November.

Rep. Paul Ryan will probably want to stay in Congress to be the point person on policy.  Sen. Marco Rubio's immigration stance could be a liability with base voters. Regardless, let's do one election at a time.  We can start to speculate after November 4.
Posted by Diane Sori at 12:04 AM 3 comments:

Email ThisBlogThis!Share to TwitterShare to FacebookShare to Pinterest
Hey Obama...stop calling ISIS 'ISIL' as ISIL is the Levant
with Israel dead center...
but then again you know that damn well. 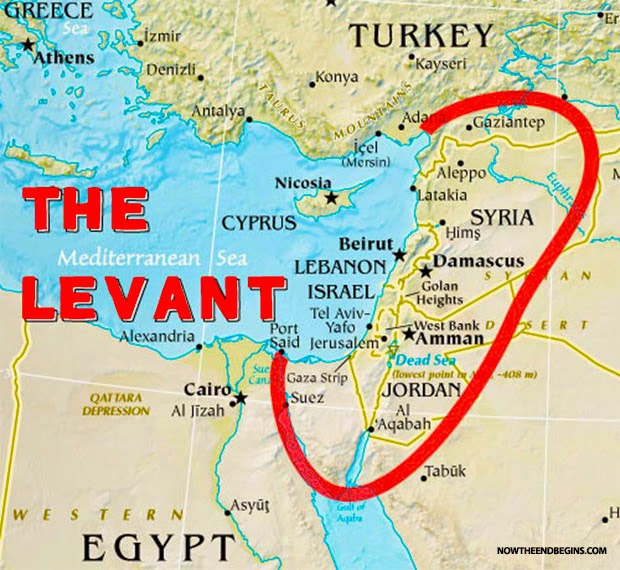