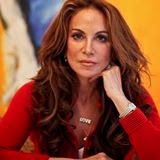 A message from PAMELA...

Here we go again. Islamic terrorist-linked groups in the US are once again bullying, intimidating and threatening non-Muslims, demanding they adhere to the blasphemy laws under the sharia.

Silencing critics of jihad and sharia is part of the Muslim Brotherhood project, and critical to its success. Islamic supremacists are free under the first amendment to spew their hate and libel with no interference, but they themselves invoke free speech to kill free speech.

What can you do? Come tomorrow night (now tonight) and support free speech, women's rights, and the rights of non-Muslims living under the sharia. If you oppose jihad and Jew-hatred, come stand with freedom lovers in Florida.

Islamic supremacist groups like CAIR seek to impose sharia on the freedom-loving USA. Any time my colleagues and I are scheduled to speak, these supremacist hate groups harass, bully and threaten organizers, using the media as their club. Read this: CAIR/ISNA Spokeswoman: "Media in the US is very gullible...If you have something to say, especially as a Muslim, they'll come running to you. Take advantage of that!"

Even Muslims are not immune. During a recent panel discussion on the film, panelists -- including two anti-sharia Muslims -- discussed the way phony accusations of "Islamophobia," or bigotry, are used to stigmatize critics.

Stand up and push back against these destroyers and subversives.

A message from TOM TRENTO...BREAKING NEWS

Though never mistaken for a rocket scientist, Nezar Hamse has
managed to bungle his way to leading an insignificant group of
shariah compliant Muslims into believing they really are superior
to the rest of mankind. But his most recent tactical debacle
may indicate a more sinister side to this gentle Imam.

Is Nezar Hamse, leader of the HAMAS front group CAIR really
working for Tom Trento and other counter-jihad activists?

The answer must be a resounding YES in light of the following (below)
CAIR Press Release, which all but assures a STANDING ROOM ONLY crowd at the Geller/Trento presentation on Thursday Oct 17, 2013.

(PEMBROKE PINES, FL, 10/16/2013) -- The Florida chapter of the Council on American-Islamic Relations (CAIR-FL) today called on Republican leaders in that state to drop anti-Muslim speakers Pamela Geller and Tom Trento, who are scheduled to appearThursday at a "hate fest" hosted by GOP groups at a middle school in Pembroke Pines,Fla.


CAIR-FL is urging the event's sponsors, the Davie/Cooper City Republican Club and the Southwest Broward Republican Organization, to disassociate their party from the anti-Muslim bigotry routinely espoused by the speakers.

"By hosting another anti-Islam hate fest, it seems the Republican Party hasn't learned the lesson of the last election cycle when their hero Allen West lost to Congressman Patrick Murphy. In Broward County, minorities are now the majority, and hate-based campaigns do not work. Bigotry and intolerance must not be tolerated in any shape or form. Events like these show residents of Broward County what GOP hate really looks like. We call on the Florida GOP and all Floridians to repudiate Islamophobia."

As a Muslim and registered Republican, Hamze in 2012 attempted to join the County's xecutive Committee, but was resoundingly rejected simply because of his faith.