The three Americans and one Briton who beat an AK-47 wielding gunman unconscious on a French train Friday will receive France's highest award tomorrow, AFP reports.


Paris (AFP) - French President Francois Hollande will present three Americans and a Briton with the country's top Legion d'Honneur medal on Monday in recognition of their bravery in stopping a gunman on a packed train, an Elysee source said.

A French citizen who also tackled the suspected jihadist, but wishes to remain anonymous, is to receive the honour at a later date, as will a Franco-American passenger recovering from being shot during the attack, the source told AFP.

The Legion d'Honneur, France's highest accolade, was created by Napoleon Bonaparte in 1802 and is awarded in recognition of both civil and military achievements.

The train passengers are to be awarded the Chevalier de l'ordre national de la Legion d'Honneur, or Knight of the national Order of the Legion of Honour.

The invasion of Europe and America
By Robert Spencer / Jihad Watch

“What are Muslims fleeing? Shariah law?” Good question. “The invasion of Europe and America,” by Pamela Geller, WND, August 23, 2015: Europe is on the verge of descending into utter chaos. Reuters reported that “thousands of migrants stormed across Macedonia’s border on Saturday, overwhelming security forces who threw stun grenades and lashed out with batons […]

This is just the beginning of the bloody and brutal consequences of his pro-jihad foreign policy(s).

‘First line diplomats, if they fail it is generals’ turn to come forward,’ threatens Iran’s president at unveiling of new advanced missiles.

Iran’s President Hassan Rouhani unveiled the country’s latest domestically produced surface to surface missile on Saturday, saying such weapons are necessary for “defense” – despite his nation’s active offensive actions throughout the region, most recently in proxy rocket attacks against Israel on...

Email ThisBlogThis!Share to TwitterShare to FacebookShare to Pinterest
Op-ed:
The Media and News NOT Reported
By: Diane Sori / The Patriot Factor / Right Side Patriots on www.cprworldwidemedia.net 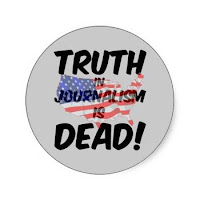 While the media has us focused 24/7 on 'The Donald Trump Presidential Anything But Reality Show' some international incidents we should know about...incidents that do indeed affect us one way or another...incidents that have been buried deep within the pages of major newspapers or given mere cursory mention on the news programs if they're even mentioned at all...but they still must be reported on.

One important case in point concerns Israel. Israel...the very country who is America's closest ally NOT only in the Middle East but in the world...always seems to get overlooked or be made into the villain by the media. Israel...whom Barack HUSSEIN Obama has NOT only stabbed in the back yet again, but who he has now put a bulls eye on with his very bad Iranian nuclear deal...actually his surrender to a country with tentacles whom he hopes can now more easily make the Jewish State of Israel but a footnote in the history books.

And if this wasn't bad enough, in case you don't know as it was given so little coverage is the fact that Israel, just days ago, (rightfully) fired rockets against 14 targets in the Syrian Golan Heights in retaliation for Syria firing what Israel claims was a rocket attack launched by a group calling itself Islamic Jihad...which is an Iranian proxy force commanded by Iranian Saed Izadi... and if Israel claims Iran is behind the attack you just know it is so.

And with the U(seless) N(ations) very soon to release sanctions against Iran... monies Iran  will surely use to fund even more terrorist attacks against Israel...the media remains mum for the most part...NOT good folks NOT good at all.

And now to add even more fuel to the fire that is an Iranian-backed Syria, is the fact that as al-Assad's forces continue to battle the anti-government rebels...rebels who are NOT rebels per se but who are actually fighters aligned with ISIS...fighters fighting with some U.S. made weapons thanks to the 'leading from behind' traitorous tactics of Obama...now comes this additional bit of unhappiness. Recently, the IDF had to deploy one of their Iron Domes anti-missile defense systems to the outskirts of the city of Ashdod...and why...because terrorist groups in the Gaza Strip...groups like the afore mentioned Islamic Jihad with loyalties to Iran...have vowed to strike Israel “with great force” if Palestinian prisoner Muhammed Allaan was to die from the hunger strike he is on while in Israeli custody. Saying his death would release the group from any previous commitment to any ceasefire they had made with Israel, the Islamic Jihad and others are just counting down the days until Allaan dies as their quest for Israeli blood is fueled on by Iran's promise to wipe Israel off the map.

Any serious mention of any of this in the media circus was given but maybe a sentence or two here and there and then silence...a looming and deadly silence...what with the liberal controlled media for the most part having sided with Obama against Israel...yet again. 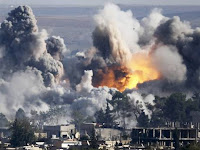 And here's yet another event given but cursory mention by the media as they remain focused on you-know-who. For those of you who didn't know ISIS recently ambushed and killed 50 American-trained Iraqi soldiers in the Anbar province of Iraq...soldiers who were trying to help recapture the city of Ramadi. Also, in Iraq and Syria just this past weekend, the U.S. and our coalition partners initiated 26 airstrikes against ISIS with 17 of those strikes near the cities of Bayji, Mosul, and Ramadi, where tactical units, buildings, fighting positions, weapons, and vehicles were hit. And while eight attacks occurred near the Syrian cities of Al Hasakah, Al Hawl, Ar Raqqah, and Ayn Isa, where fighting positions, vehicles, a tactical unit, and four bunkers were hit...notice that in both cases NO mention of fatalities has been said making this basically NOTHING but another lip-service, surgically-precise, spare the brethren bombing run by Obama.

Also over this past weekend, just as school was getting out for the day in the Afghan city of Macrorayan, three Americans were killed in a car bombing when a NATO convey was attacked by a suicide bomber. Twelve people were killed... including three American civilian contractors working for the NATO forces...and 66 others were injured...many critically. And while the Taliban is believed to be behind the attack, to date they have NOT taken responsibility for it. However, the fact remains that the Taliban have greatly increased their attacks on Afghan security forces ever since the U.S. and NATO ended their combat mission in Afghanistan last year...and all these fatalities are courtesy (I believe) of Obama's announcing our date of withdrawal...a withdrawal that afforded the Taliban the time needed to lay low and regroup, and then to go in full-force with NO U.S. troops to stop them. 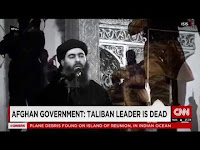 And there was NO U.S. troops present or major media coverage given when the terrorists launched a number of attacks on Kabul in retaliation for the recently announced death of Taliban leader Mullah Mohammed Omar. And did you know that another American was killed in a Taliban attack earlier this month on a NATO military base near Kabul's international airport... an attack that also saw eight Afghan contractors being killed...bet you didn't as Trump news trumped it all.

And lest we forget...but then again how can we forget what most don't know about...and that is that North Korea and South Korea are again at odds. Last Thursday, North Korean leader Kim Jong-un ordered his primary military units to go on a 'semi-war state'...an order issued only twice before...once in 1968 when they hijacked the Pueblo, and the second time in 1993 when the standoff with Washington over its nuclear weapons program first surfaced. This time the order was issued because South Korea claimed the North had exchanged rocket and artillery fire with the South in the first major armed conflict across their border in five years. And with South Korea and the U.S. currently involved in joint annual war games...which Jong-un demands be halted and which South Korea said NO to...instead they chose to kick into high gear their own military operations with a promise to retaliate against any provocations from the North.

A build up of military might on both sides of the Korean border yet at the same time a stalemate of sorts, but a very dangerous one as North Korea is a nuclear power while South Korea is NOT. And when a man-child madman like Kim Jong-un controls a weapon of nuclear caliber the world does teter on the verge of WWIII...maybe NOT this time...but with Jong-un a next time is sure to come...but according to the media we need NOT focus on that.

And lastly, current ongoing news that we are just being given a smidgen of privy to is that the muslim infiltration of Europe is moving forward as hundreds if NOT thousands of muslim illegals continue to crash through the Greek border into Macedonia as the now welfare countries of Europe and England beckon. And this infiltration is ongoing even though Macedonia did previously seal its border after being overwhelmed with muslim illegals from North Africa and the Middle East NOT too long ago.

But again the media gives this story and the others mentioned above NOTHING but fleeting coverage if any coverage at all...guess 'real' news doesn't bring in 'real' ratings in their eyes...and for the media ratings means monies and monies is to them what it is all about. And isn't it sad how far the Fourth Estate has fallen...how very very sad...just saying.
Posted by Diane Sori at 12:00 AM No comments: