Truth in a Cartoon 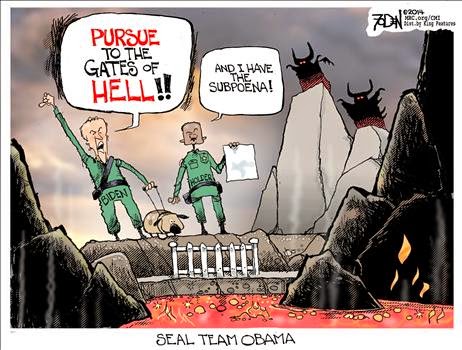 The Sydney Morning Herald warns about a 'clear and present danger': Australia to be Hit as Chinese Economy Unravels


Speaking at a conference on Thursday, the federal government's former top resources forecaster Quentin Grafton said the iron ore price was unlikely to recover quickly, leading to a painful downturn in the Australian economy in 2015.

"This isn't about doom and gloom, it's about looking at the risk and numbers. It's a clear and present danger," Mr Grafton said.

He said the Reserve Bank of Australia should prepare for a difficult ride as the overpriced property market and high dollar created a challenging economic environment as coal and iron ore prices dropped.

Mr Grafton's comments join an increasingly vociferous choir of concern about the Chinese economy, with investor fears stoked by a Chinese residential property market that is experiencing its worst slump on record.

The average price of new homes has been falling in China for months, with the rate of decline accelerating from June (0.5 per cent) to July (0.8 per cent), sending tremors through the economy. It dropped another 0.6 per cent in August, bringing the average to $US1737 per square metre.

Property market issues are of critical concern for the Chinese economy and global investment community, as the property sector is a key economic driver that contributed 15 per cent of China's 2013 gross domestic product.

China's property market woes are directly linked to the Australian economy as Chinese residential property construction is a leading consumer of iron ore, which accounts for $1 of every $5 of Australian exports.

The dropping demand and oversupply issues have caused the iron ore price to drop to a five year low. It is currently hovering around $US84.38 a tonne.

The next historic low would take a significant slide to $76 a tonne, a rate not seen since September 2009.

I have been discussing the same setup for quite some time. One of the first on this train has been Michael Pettis at China Financial Markets.

China is going to slow, without a doubt, and commodity producer countries such as Australia and Canada will take a hit.
Read more »
Posted by Diane Sori at 11:33 AM No comments:

"MCDonalds Mcdonalds, can't you see...Seven-forty is not for me..."

The chant, recited through a megaphone, was being led by a man identifed as a Christian Pastor ("Reverend Charles" we'll call him), near a McDonalds restaurant in Detroit last week. Dozens of people in the parking lot uttered the chant with him, as the crowd sought to malign McDonalds restaurants while at the same time demanding a $15.00 per hour wage.

"They want fifteen, they want a union, they want to be organized" Pastor Charles told the tv news crews. "The McDonalds corporation should allow that to happen immediately."

The illogic and misplaced passion was unfortunate on multiple levels. Was the McDonalds restaurant in question owned by a local franchisee, or by the corporation? Does the publicly traded transnational McDonalds corporation set the wages paid at that store, or did a local business owner determine that?
And why is it that a job at McDonalds pays so little - could it be that such work generally requires little if any training or previous experience?

Reverend Charles and others like him may feel justified and righteous as they join the AFL-CIO and the Democrat party in maligning local businesses. But their efforts are misguided, for several reasons:

It ignores a major player in the labor market - The protests and demonstrations centered on the plight of employees who work for a minimum wage all seem to conveniently ignore another important party in the labor market – employers. Gathering people to “rage” against business owners is consistent with the teachings of Karl Marx, but is it constructive, and does it fit with the faith leaders’ professed beliefs?

Presumably Reverend Charles and many of the other faith leaders crying out for “worker justice” also provide pastoral counseling services as part of their professional and ministerial duties. But would any good clergy member attempt to do marital counseling with only one spouse in the room?


In his Friday prayer sermon at the Holy Shrine of Lady Fatimah al-Ma’sumah, Hujjat al-Islam Sayyed Mohammad Sa’idi has explained that the order imposed by the West on Muslim countries is collapsing, and that Iran’s Islamic Revolution is a part of a “new world order.”

Referring to the recent meeting of the members of the Assembly Experts with the Supreme Leader of the Islamic Revolution (Ayatollah Sayyed Ali Khamenei), Hujjat al-Islam Sa’idi explained that we must look with a comprehensive viewpoint at the issues affecting the world, the region and our country. He stated that the Supreme Leader explained that the previous ruling system of world is in a state of uncertainty and change and “new world order” is taking shape which is in opposition to this injustice order.

The Qom Friday Prayer leader stressed that the custodians of the old order, with slogans such as freedom, democracy and human rights has attracted some people but that for a long time, Westerners and Americans have based their slogans on deceptive rhetoric.

They seek to dominate the intellectual and moral values of the world. However, they have suffered a disadvantage because their slogans have faded and people have found them to be false. The Islamic Resistance is growing stronger and the West will soon collapse. “Iran’s Islamic Revolution, as part of the new world order, has shaken the foundations of the order imposed by the West on Muslim nations,” His Eminence explained. “This success is due to the efforts and guidance of the late Imam Khomeini and those of Ayatollah Khamenei.”

Hujjat al-Islam Sa’idi said that the Supreme Leader has stressed the need to resist the arrogant powers, and explained that resistance and attention to religion are necessary elements to advance the new world order. He noted that the West relies on military force and said that if nations and states reject the ideas of the Western powers, force and aggression will be unleashed on them. He pointed out that Israel is the symbol of Western military power in the Middle East so they can vanquish Muslim governments in the region.

This is urgently needed, and is simply a common-sense measure. That means: expect a great deal of Democrat and RINO opposition.

Currently, it’s believed that over a dozen Americans may be fighting with ISIS, while other sources claim it to be as high as 115.  Recently, the number of Americans, as well as other foreign nationals, now aligned with ISIS and other radical Islamic terror groups in the Middle-East has been both growing and much in the news.


“Americans who choose to go to Syria or Iraq to fight with vicious ISIS terrorists are party to a terrorist organization committing horrific acts of violence, including beheading innocent American journalists who they have captured,” said Sen. Cruz. “There can be no clearer renunciation of their citizenship in the United States, and we need to do everything we can to preempt any attempt on their part to re-enter our country and carry out further attacks on American civilians.”

The ETA amends an existing statute that provides certain actions by which a United States citizen renounces their citizenship to include becoming a member of, fighting for, or providing material assistance to a designated foreign terrorist...