The Futility of Sanctions on Russia

In 1980, after the Soviet invasion of Afghanistan, President Jimmy Carter came up with a way to retaliate: stopping grain sales to Moscow. The boycott, said Commerce Secretary Philip Klutznick, would prove to the world that "aggression is costly" and induce the Soviets to "halt their aggression."

The Soviets did halt their aggression and pull out of Afghanistan.

But that didn't happen until nine years later, and it had nothing to do with the grain embargo. American farmers suffered because their prices dropped, but the Kremlin managed to buy grain elsewhere. So the following year, President Ronald Reagan lifted the ban.

The fact that those sanctions proved useless has not stopped President Barack Obama or congressional Republicans from proposing new ones. On Thursday, the president announced he would deny visas and possibly freeze the assets of Russian officials and entities deemed complicit in the invasion of Ukraine.

The measures would prevent American companies from doing business with those individuals and firms. An administration official told The Hill, in words that could have been beamed straight from 1980, that this response would "send a strong message" and "impose costs on Russia."

The real message is different: We have no desire to take military action and don't really expect economic punishment to work, but we have to do something, however pointless. In international relations, governments would rather engage in empty symbolic action than no action at all.

Economic sanctions exert a perennial appeal during geopolitical crises because they spill no blood and cost little money, at least compared to the toll of war. These virtues are enough to make everyone forget that they rarely accomplish anything beyond allowing our leaders to posture.

A revealing example is the U.S. economic embargo of Cuba, which was imposed in 1960 with the goal of driving Fidel Castro's communist government from power. The boycott is still in place, more than a half-century later, and so is the regime.

We also tried tightening the economic screws on Iraq before our first war with Saddam Hussein, starting in 1990, and it was highly effective -- if the goal was to torment ordinary Iraqis who had no control over the government. Upward of half a million children died as a result of malnutrition and disease brought on by the embargo. The tyrant we were straining to dislodge, however, stayed in power until the U.S. invasion of 2003.

Experts on the subject are divided into two groups: those who think sanctions usually fail and those who think they almost always fail. Gary Hufbauer, an economist at the Peterson Institute for International Economics in Washington, says sanctions have been effective in about 30 percent of the cases they've been used. But he doubts the steps taken by Obama -- what he calls "light" sanctions -- will make any difference in Ukraine.

"The success rates for symbolic or 'light' sanctions, for sanctions against autocratic governments, and for sanctions seeking territorial concessions are lower," he said by email. For anyone hoping to get the Russians out of Crimea, he said, "these findings are not auspicious."

Pessimists are even gloomier. University of Chicago political scientist Robert Pape calculates that sanctions have worked less than 5 percent of the time. The intractable obstacle, he has written, is that modern governments are "willing to endure considerable punishment rather than abandon what are seen as the interests of the nation."

Crimea is unquestionably regarded as a vital interest by Moscow. Weak regimes are more susceptible to pressure, but Vladimir Putin's regime is not a weak one.

Advocates may claim success in the case of Iran, which recently agreed to temporary curbs on its nuclear program after years of economic warfare. But it's too early to know whether this step will yield a permanent solution.

As for Putin, our best hope is that he bites off more than he can chew. The invasion of Afghanistan looked like a success at the outset, but it spawned a fierce insurgency that cost thousands of Soviet lives, forced a humiliating retreat and helped bring about the collapse of the Soviet Union. The farther Putin pushes and the longer he stays the more likely this occupation will end in tears.

There is a very slim possibility that Western economic sanctions will undo his ambitions in Ukraine.

There is a better chance that those ambitions will undo themselves.

Posted by Diane Sori at 1:29 AM No comments:

Ted Cruz, Rand Paul and Marco Rubio may be among the top contenders for the GOP's next presidential ticket, but today conservatives got a new Dream Team in Sarah Palin and Dr. Seuss.

Taking a page out of Sen. Ted Cruz's play book, former Governor Palin used a beloved children's author to take President Obama to task on his failed policies during her keynote speech for this years Conservative Political Action Conference.

Here was the line that first had the crowd roaring:

Then she just kept them coming:

Not all of her speech relied on witty couplets, however. For instance, Palin put the rhymes away and looked the audience straight in the eye when discussing the need for a powerful national defense.

To the crowd's delight, Palin also took an opportunity to acknowledge she predicted years ago that Russia would begin to try and expand its reach by invading Ukraine:

"I’m probably being too hard on the president…after all, who could’ve seen this coming?

She ended her speech as she always does - with a bright look at our country's future. And of course she couldn't help throwing in a jab or two.

"This is a great awakening. The age of Obama is almost over. The end of an error."

There aren't many people who can rile up a crowd like Sarah Palin. Her electrifying collaboration with Dr. Seuss was a fitting finale to an already inspiring conference.

In honor of your bold nursery rhymes Governor Palin, I’ve produced one of my own:

But she proved conservative principles are still in vogue.

And she just took the president back to school.

Posted by Diane Sori at 1:25 AM No comments: 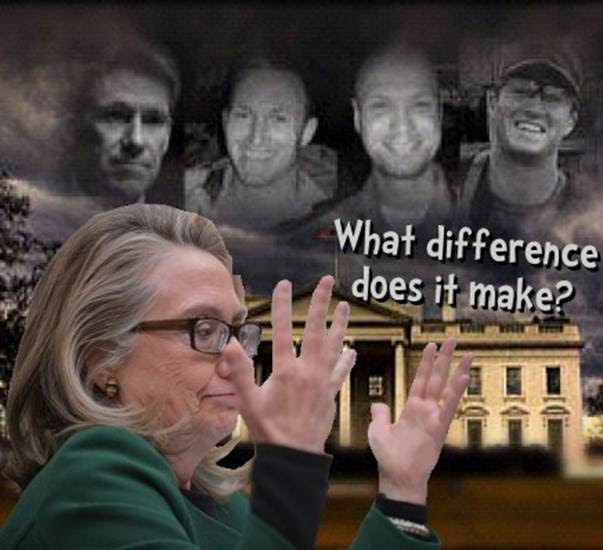 SAVE THESE!
From: Bare Naked Islam
They will come in handy whenever anybody mentions    "Hillary Clinton 2016." 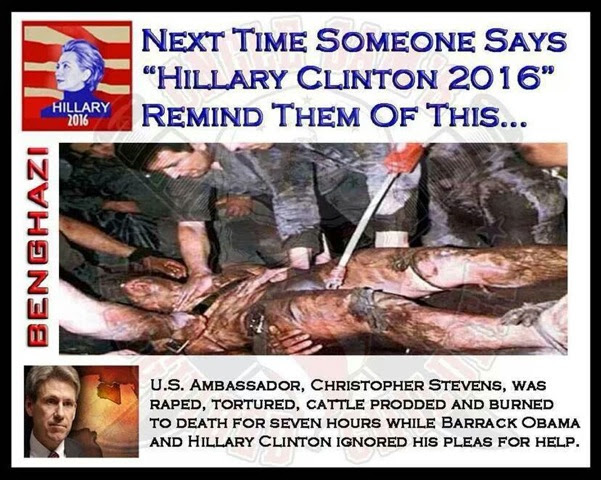 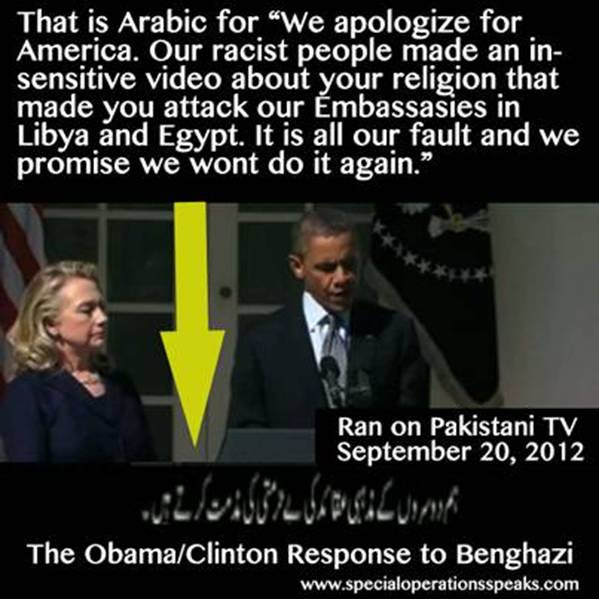 Posted by Diane Sori at 1:22 AM No comments: