This was just your average FBI investigation, you see, in which the same woman was: (1) a subject of the probe, (2) a key witness in the probe, (3) a dubious immunity recipient, and (4) a lawyer to the primary subject -- who was allowed to sit in on her quasi-client's interview with investigators. And if that wasn't enough, the FBI reportedly agreed to permanently destroy two pieces of evidence after reviewing them. I'll defer to law enforcement experts as to whether or not this sort of thing is remotely standard practice, but to a layperson, it seems like yet another peculiarity surrounding this case. Via Fox News' Catherine Herridge:

Shannon Bream Verified account ‏@ShannonBream
BREAKING from Catherine Herridge: FBI made side deals with 2 HRC associates to "destroy" their laptops after inspecting them
12:36 PM - 3 Oct 2016

“You will surely find the most intense of the people in animosity toward the believers to be the Jews…” — Qur’an 5:82 “Hamas official: Abbas tantamount to a Jew,” Times of Israel, October 1, 2016: A top Hamas official said Saturday that Palestinian Authority President Mahmoud Abbas was tantamount to “a Jew” for his participation […]

Control of Internet passes from U.S. to “global Internet community"

Now it is done. Obama has done it. As John Bolton explains here, this could be the end of free speech on the Internet, as Islamic states move in to enforce sharia blasphemy laws. It won’t happen right away. But there is nothing preventing it from happening.

More of the poison fruit of Obama’s traitorous presidency.

“Stewardship of IANA Functions Transitions to Global Internet Community as Contract with U.S. Government Ends,” ICANN, October 1, 2016 (thanks to Christian):


Today, 1 October 2016, the contract between the Internet Corporation for Assigned Names and Numbers (ICANN) and the United States Department of Commerce National Telecommunications and Information Administration (NTIA), to perform the Internet...

Email ThisBlogThis!Share to TwitterShare to FacebookShare to Pinterest
Op-ed:
For Donald...A Simple Strategy Worth Knowing
By: Diane Sori / The Patriot Factor / Right Side Patriots on American Political Radio bit.ly/2cpXuRd

So it seems Hillary Clinton is salivating over Donald Trump's very bad week...a week where he lost focus of the issues and unfortunately chose to concentrate on a former Miss Universe turned ugly...ugly both inside and out...and now with the uber liberal, Hillary-loving rag The New York Times reporting on Trump's taxes from 21 years ago...a tax report questionably gotten I might add... the 'Butcher' is rubbing her hands together like an evil witch plotting to come in for the kill.

But what Hillary forgets is that most people really do not care what happened 21 years ago with someone's personal business dealings and taxes...most especially when no one was physically hurt. So here's a little bit of advice for Trump...sort of my little gift to him and his campaign...whenever Hillary brings it up at next Sunday's debate...and you know that she will every chance she gets (and those chances will be many what with yet another liberal moderator at the debate helm)...whenever she utters the word 'taxes' or even brings up his tax returns Donald Trump should look straight at the camera and say with all seriousness and conviction the words 'Christopher Stevens, Sean Smith, Tyrone Woods and Glen Doherty.'

And if that does not stop Hillary cold in her tracks Trump can then add in the words 'Shahram Amiri'...the Iranian nuclear scientist aiding the U.S...the Iranian scientist who her email so-called by the F.B.I. 'recklessness' directly lead to his execution for treason...hung by the neck until dead in front of his family some reports have said.


Nothing...and I mean nothing...trumps the list of dead bodies Hillary Clinton has left in the wake of her 30 years in politics and that is something that Trump needs to remind people of and the sooner he does it...and the sooner he returns to the issues and the issues alone...the sooner he can turn his very bad week around. 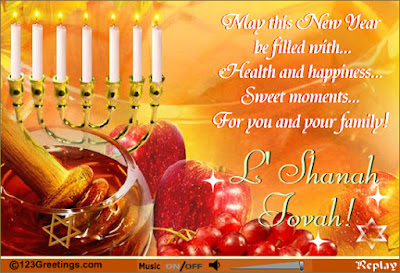