Wishing all my Patriot Factor blog readers of the Christian faith a very Merry and Peaceful Christmas. 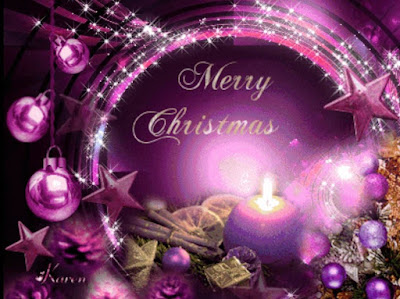 A group of Republican Maryland legislators and voters is suing the state over the allegedly partisan congressional redistricting plan Democrats in the state legislature passed following the 2020 Census.

The lawsuit, backed by the outside group Fair Maps Maryland, was filed Thursday morning in state court. It argues that the congressional map passed by Democrats is gerrymandered in violation of the Maryland constitution.

"The 2021 Plan violates the right of Maryland citizens to choose their congressional representatives by continuing to ‘crack’ Republican voters, including Plaintiffs, into congressional districts in a way that ensures the election of Democratic representatives to Congress.," the lawsuit alleges.

The term "cracking" used in redistricting means splitting up a certain bloc of similar voters to water down their electoral power and prevent that political group from being able to elect a representative.

Florida is an oasis of freedom. It's why everyone is sprinting down there. It's also a state the liberal media hates. They hate it because Republican Gov. Ron DeSantis owns them. At every turn and every corner, they've tried to attack him to no avail. He's just too good. How many haymakers has DeSantis blocked? The Left sees him as a threat. He is—DeSantis unites the Trump and Trump-skeptic wings. So, while Ron DeSantis is blamed for the COVID pandemic, he's moving along making the state the best it can be. It wasn't too long ago that the Sunshine State was known for its utterly bizarre stories. It spawned a now-defunct account on Twitter—"Florida man." Now, it's a beacon of Republican governance. On civil rights, the state seems primed to become a constitutional carry state. If it occurs, it would be the 22nd state to join this club (via Breitbart):

A report by the South Florida Sun Sentinel suggests Florida is on track to become the 22nd constitutional carry state.

Constitutional carry is a “priority” for the Republican-led Florida legislature, the Sentinel reported. Rep. Anthony Sabatini (R) has already introduced legislation to do away with the concealed carry permit requirement for Floridians. Open carry without a permit would also be legalized by Sabatini’s bill.

Email ThisBlogThis!Share to TwitterShare to FacebookShare to Pinterest
RIGHT SIDE PATRIOTS...PODCAST
RIGHT SIDE PATRIOTS Craig Andresen and Diane Sori tell why Right Side Patriots has been off air these past few weeks...as in the serious Delta version of Covid-19 was contracted by one of our co-hosts...you can listen to it (and previous shows) at your convenience at: https://www.rspradio1.com to go directly to our podcasts and hope you become 'followers' of RIGHT SIDE PATRIOTS.