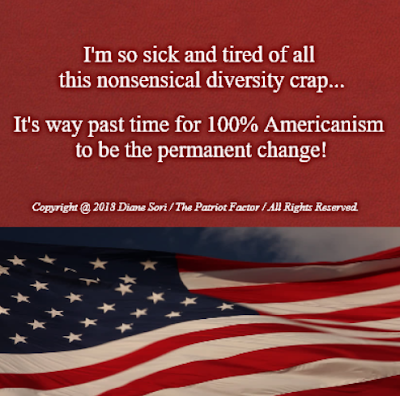 
Can the President Pardon Himself?
Timothy Meads / Townhall Tipsheet

Today on ABC News “This Week,"  Rudy Giuliani, President Trump's confidante and lead attorney in the ongoing Russian investigation, was asked a peculiar question –does a sitting president have the power to pardon himself?

In short, Mayor Giuliani asserted that Trump would “probably” have that power, but "He has no intention of pardoning himself…. (but it is a) really interesting constitutional argument: 'Can the president pardon himself?'"


Giuliani added, "I think the political ramifications of that would be tough. Pardoning other people is one thing. Pardoning yourself is another. Other presidents have pardoned people in circumstances like this, both in their administration and sometimes the next president even of a different party will come along and pardon."
Read more »
Posted by Diane Sori at 8:01 AM No comments:

Under the guise of “diversity,” evoking an Ayn-Randian euphemism:


Mayor Bill de Blasio is promising to push for diversity at our city’s elite high schools including Stuyvesant High School and the Bronx High School of Science.

He says 20 percent of the seats at specialized high schools, like Bronx High School of Science will be set aside for economically disadvantaged students starting in September 2019.

It isn’t enough that they have dumbed-down the curriculum and turned education into hard-left indoctrination.

It isn’t enough that a New York City school held a moment of prayer for jihad terrorists in Gaza. Now this.
If de Blasio really cared about minorities and the poor, why would he deny them school choice and charter schools? De Blasio has declared war on charter schools. This is the demonization of achievement and success, and the exaltation of failure as policy.
Read entire article here: https://gellerreport.com/2018/06/diversity-destroy-schools.html/
Posted by Diane Sori at 7:42 AM No comments: