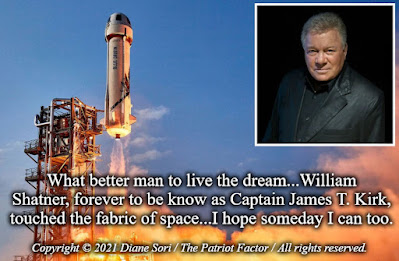 Posted by Diane Sori at 3:32 PM No comments:

If it wasn't already clear that the Biden administration was using the Wuhan coronavirus to exert more power and control over the country, White House Press Secretary Jen Psaki made it clear in Tuesday's briefing. According to Psaki, President Biden is using the pandemic to pursue significant change in the way the American economy functions.

When asked about the potential of cutting some programs — and thereby reducing the price tag — in Biden's $4.5 trillion budget proposal, Psaki rejected the notion. In the White House's view, all of Biden's priorities must be included and passed as soon as possible. Read more and see video here.

Posted by Diane Sori at 7:02 AM No comments:

The Florida Department of Health fined a county government $3.57 million Tuesday over its violation of the state's ban on vaccine requirements.

The Florida Department of Health called the Leon County government's actions a "blatant violation of the law relating to the ban of vaccine passports in our state," a reference to Senate Bill 2006, which prohibits businesses and government entities from requiring vaccine passports.

Email ThisBlogThis!Share to TwitterShare to FacebookShare to Pinterest
RIGHT SIDE PATRIOTS...PODCAST
For those who missed last night's show where RIGHT SIDE PATRIOTS Craig Andresen and Diane Sori discussed 'Truth, Fear, and Constitutional Legalities'; 'People Aren't Seahorses'; and important news of the day....you can listen to it (and previous shows) at your convenience at: https://www.rspradio1.com to go directly to our podcasts and hope you become 'followers' of RIGHT SIDE PATRIOTS.

Posted by Diane Sori at 6:04 AM No comments: