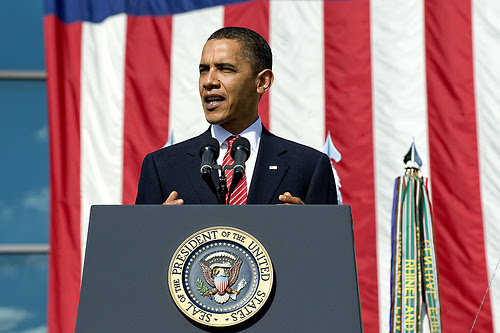 As Obama’s recent slew of executive orders abound, it is not hard to see that he is putting everything in place for the forced takeover of the United States of America. He told us all four years ago that he was going to do it, but no one really paid attention.

Ok, so let’s take a look at where we are now, and we will see where we are headed. We will look at some executive orders first.

This one grants amnesty to illegal aliens.

This one allows Obama to seize control of the communications infrastructure.

This one allows Obama to take over all private property and control private industry.

This one guts welfare reform by removing job search and work requirements, thus adding to the welfare roles.

Now let’s look at who Homeland Security considers to be terrorists. Don’t forget that our returning vets are on this list as well.

This could be the trigger to make everything come together. This information was leaked to the Canada Free press by an informant deep inside homeland security.

With Obama supposedly being a Constitutional scholar, you must know the document in order to find ways to work around it. What we are seeing here is Obama working the Cloward-Piven strategy to overwhelm and collapse our system. He has also subscribed to Saul Alinsky’s rules for radicals in order to demonize and discredit his opposition. Remember, Saul Alinsky’s book was dedicated to the first rebel known to man….Lucifer. Alinsky also taught that the end justifies the means.  As always, stay safe and be aware of your surroundings.

Posted by Diane Sori at 5:35 PM No comments:

Warren G. Harding was corrupt, as was Richard M. Nixon. Bill Clinton and John F. Kennedy were like blind golfers, looking for a hole, any hole, every hole. Woodrow Wilson and Franklin Roosevelt were power-mad narcissists convinced they knew best how everyone else should live. Jimmy Carter was clueless. But as we approach the 100-year anniversary of the first of these men to serve as president, all have been lapped in debasing their office by its current occupant: Barack Obama.

It is understandable President Obama would not want to run on his record. Who would? “Give me four more years so I can make up for the first four” is not the stuff of campaign slogan greatness.

But even that wouldn’t work because, as he told CBS News this week, “The mistake of my first term - couple of years - was thinking this job was just about getting the policy right. And that's important. But the nature of this office is also to tell a story to the American people that gives them a sense of unity and purpose and optimism, especially during tough times.” In other words, his only flaw is he’s too damn close to perfect.

It’s like someone bragging about being the most humble person on the planet.

The president of the United States thinks he needs to tell us stories to give us “a sense of unity, purpose and optimism…”

This struck me as odd because a.) he’s already told us stories, the story of his life, in – count ‘em – two autobiographies written before he accomplished anything, and b.) he’s made zero effort to bring people together at any point in his presidency.

Putting aside his autobiographies, which should be moved to the fiction section of the bookstore considering the 38 provable falsehoods uncovered in them – remember the uproar when James Frey’s A Million Tiny Pieces turned out to have exaggerations and lies? Obama does it; crickets – the fact this man would feel comfortable enough to speak the word “unity” without laughing is a testament to just how far we’ve fallen as a nation.

Barack Obama has done nothing but try to turn American against American based on income and accomplishment. He’s done nothing but sit silently by, smirking, while his defenders, allies, surrogates and staff have called Americans who disagree with him racists, homophobes, sexists, xenophobes, rednecks, idiots, Uncle Toms and anything else you can call someone when you can’t rebut what they say with facts or accomplishments.

Silence while disgraceful words are spoken on your behalf is just as disgraceful as uttering them yourself, which, of course, makes Barack Obama a disgraceful president.

When his attorney general isn’t dodging subpoenas and being held in contempt by Congress, he’s calling anyone who thinks we should have to present a photo ID to vote a klansman. MSNBC, a network that seems to exist only to parrot the president’s line, unsurprisingly gets praised by the White House. This is unity?

The White House has to use and condone this because the alternative is reality, and reality is not Barack Obama’s friend.

The president decided, against the express language in the law itself, he could unilaterally remove the work requirement from President Clinton’s welfare reform law. There is no precedent or legal justification for this action, but to question it is to be anti-poor.

Putting aside the unconstitutional nature of all this, it remains a mystery how it could be anti-poor to support a law that provably improves the lives of poor Americans, gives them their best shot at autonomy and helps move them get out and stay out of poverty. But the charge gets made, the grenade gets thrown, and the person doing it gets an invite to the next Georgetown cocktail party or White House concert.

The administration of Barack Obama embodies the worst characteristics of the worst Presidents in our history – the abuse of power, the incompetence, the laziness, the bigotry, the disinterest, the dishonesty, the arrogance. The reason he’s still personally popular is the same reason we know the names Paris Hilton, Nicole Richie, Perez Hilton or that TMZ exists – A large portion of our culture now celebrates what it used to shun, cheers that which used to drive people into hiding and rewards existence over accomplishment.

That’s why the media parrots and trumpets attacks on Mitt Romney’s incredibly successful private-sector record but ignores President Obama’s public-sector failures. How people can question what Romney does with his own money but ignore Obama wasting literally trillions of ours is disgraceful. That President Obama would sanction the charge is worse.

Rush Limbaugh is correct when he calls President Obama “President Kardashian.” Only we’re on the receiving end of what Kim Kardashian became famous for. To paraphrase Andy Warhol, in the future we’ll all have our own reality show for 15 minutes. Unfortunately the ratings will suck and it will serve only as a perch from which to watch the economy collapse. We can call it “Disgraceful.”

November could not be more important, and it cannot come quickly enough.
Posted by Diane Sori at 10:57 AM No comments:

Email ThisBlogThis!Share to TwitterShare to FacebookShare to Pinterest
Iran's Supremo: "Iran will stand by all those who will confront America and Israel"

Reza Kahlili in the Daily Caller

Ayatollah Ali Khamenei, in a defiant speech in the face of Iran’s conflict with the West over its nuclear program, vowed that “Iran will stand by all those who will confront America and Israel.”

“The oppressors — and at the helm of it America and the Zionists — have been taken by surprise by the [Arab Spring] movement and are trying with all their power to control it,” Khamenei said. “However, if the Islamic nations resist the conspiracies, then it is guaranteed that they will be victorious over the world oppressors.”

The supreme leader, in an address Wednesday to the participants of the international conference on “Women and Islamic Awakening” in Tehran, made his comments even as it was revealed that the U.S. Navy is rushing underwater drones to the Persian Gulf to prevent Iran from closing the Strait of Hormuz should hostilities break out. The submersibles seek out and destroy mines.

In his address, Khamenei first criticized the Western approach with women and emphasized that the West for over a century has tried to influence Islamic women and separate them from their great culture and heritage.

“The West, in the depth of their culture, treats women as a vehicle for the satisfaction of men … and on that path calls it freedom, just like how they call it freedom and democracy when they send their troops to kill and steal the wealth of other nations,” Khamenei said, according to the Keyhan newspaper....

Calling Iran a hundred times stronger than it was at the beginning of the 1979 revolution in its confrontation with the West, Khamenei emphasized that the West has failed to derail Iran’s support for the Palestinians.

“The Islamic republic of Iran, with the guidance of Allah, stands by the nation of Palestine and all awakened nations with their revolutions,” Khamenei said. “And for all those who confront America and the Zionists, we will defend them. And on this path, we will not be considerate of any power.”...

As reported last week, the regime’s state-owned media widely published Khamenei’s statement on the need to prepare for war, stressing his ideological belief that the upcoming confrontation with the West will be a prelude to the reappearance of the last Islamic messiah and Islamic conquest of the world....

Hi to all my blog followers, today will be NO blog Op-ed.  With the events in Syria unfolding and with Agenda 21 knocking on our door, I need to regroup a bit and work on some research regarding those two important issues. Today will be Political Cartoon Sunday instead. 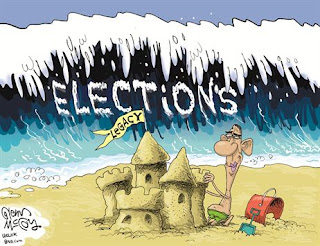 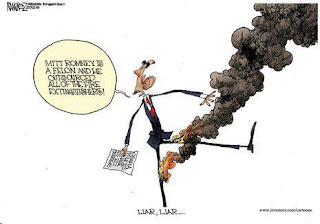 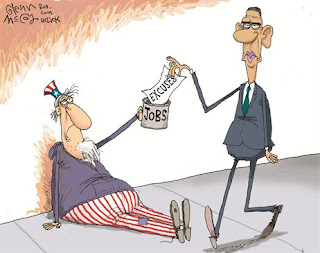 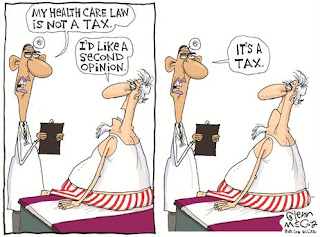 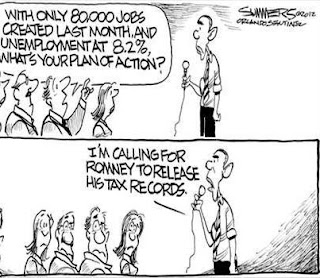 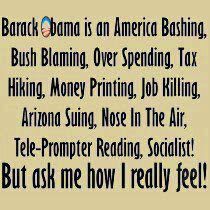 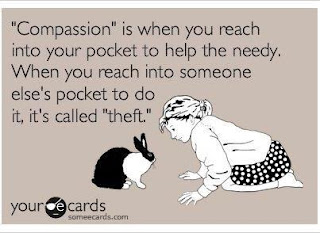 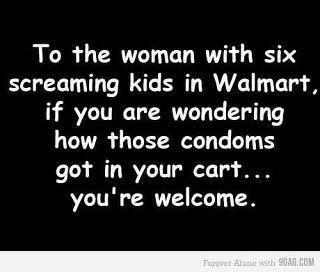 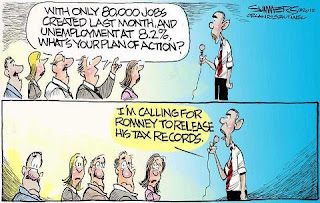