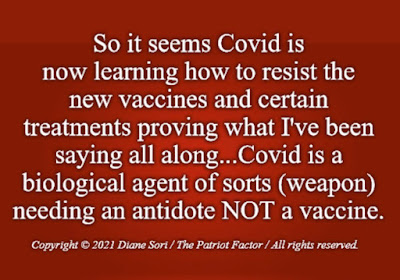 Project Veritas released footage of Facebook executives acknowledging they have “too much power” and expressing their commitment to working with the Biden administration on a number of shared priorities.

"In his first day, President Biden has already issued a number of executive orders on areas that we as a company really care quite deeply about," Facebook founder and CEO Mark Zuckerberg says in the Jan. 21 recording. "I think that these were all important and positive steps, and I am looking forward to opportunities where Facebook is going to be able to work together with this new administration on some of their top priorities, starting with the COVID response."

Nick Clegg, Facebook's vice president of global affairs, responded to criticism from world leaders about the company’s decision to ban former President Trump. Clegg said he’s hearing them argue that the move “shows that private companies have got too much power and they should be only making these decisions in a way that is framed by democratically agreed rules."

According to Campus Reform, GOP lawmakers have demanded that the University of Pennslyvania  Biden Center release foreign donation records. Three House Republicans sent a letter to the University of Pennsylvania, asking that they reveal the source of anonymous foreign donations from China. The lawmakers referenced concern over links between China and President Joe Biden.

The center, named in honor of Democrat presidential candidate Joe Biden, accepted a $22 million gift from an anonymous Chinese donor. Federal law requires any foreign gift over $250,000 must be disclosed to the government. Whoever receives the gift must also disclose the identity of the donor.

The National Legal and Policy Center filed a complaint last week with the Department of Education over the University of Pennsylvania’s Biden Center for Diplomacy and Global Engagement’s failure to disclose these gifts from China.

Read entire article here: https://gellerreport.com/2021/02/biden-%e2%98%ad-center-caught-concealing-tens-of-millions-from-china.html/
Posted by Diane Sori at 9:50 AM No comments:

Hope you can tune in to RIGHT SIDE PATRIOTS on https://www.rspradio1.com. Click 'LISTEN LIVE' starting at 6:50 pm EST with the show beginning at 7pm EST.
Posted by Diane Sori at 7:04 AM No comments: