Mr. Obama, the Devil Is in More Than the Details With Iran Deal
Bruce Bialosky / Townhall Columnist

Our president has been spending tremendous energy promoting a preliminary agreement negotiated with Iran a couple of weeks ago. Since then the Iranians have questioned some assertions from the Obama team. Most of the Americans questioning the agreement have relied on the fact that what was announced was only a framework, and the final agreement is supposed to be delivered to the world by June 30th. Over and over we have heard the catchphrase “The devil is in the details” -- even from Mr. Obama. Based on what the president has said, the devil is in the framework.
Mr. Obama immediately summoned Thomas Friedman of the New York Times to the White House for a friendly interview to explain his positions on the framework and what lies ahead. As usual Mr. Obama established his position as the only reasonable one, and implemented his favorite technique by creating a straw man that represents the only alternative position which is war. As important as that interview was to revealing the Obama PR plan, it pales in comparison to what was revealed in his interview with Steve Inskeep of NPR’s Morning Edition.

This interview occurred subsequent to the Israeli government establishing its own position on the agreement. Prime Minister Netanyahu suggested many things should be included in the agreement. First, that Iran should recognize Israel. Second, that it should stop funding groups like Hamas and Hezbollah. One could easily argue that putting a condition of Iran recognizing Israel would be out of sync with the purpose of the negotiations. That is despite the fact that recognizing Israel would be a large step toward a more peaceful resolution of matters in the Middle East.

There are worse weeks to have when announcing a presidential bid.
A new poll conducted in the Sunshine State finds that Marco Rubio has a slight (if statistically insignificant) lead over perhaps his biggest rival in the hunt for the 2016 Republican presidential nomination: Jeb Bush.
Politico reports:


Sen. Marco Rubio’s splashy presidential-campaign announcement and his subsequent media blitz has likely helped him catch up with friend and former mentor Jeb Bush in their home state of Florida, according to a new poll of 400 registered Republican voters.

Rubio garnered 31 percent support from Republicans and essentially tied Bush’s 30 percent, according to a Mason-Dixon Polling & Research survey conducted Tuesday through Thursday and shared exclusively with POLITICO. The other likely and announced presidential candidates polled in the single digits and 17 percent were undecided.

Rubio’s slight edge is statistically insignificant, in part, because it falls easily within the margin of error. But the poll is instructive nonetheless.

One of the greatest and most pressing concerns for Rubio before taking the plunge, I assume, was whether or not he could secure enough donors and supporters to lock up his home state—a state that he just so happens to share with establishment juggernaut Jeb Bush. If he can't win Florida, so the argument goes, he might as well sit this one out. So, of course, the skeptics urged Rubio stay in the Senate, defer to his mentor, and keep quiet presumably because Bush is unbeatable in Florida, and thus launching a presidential campaign undercutting him would inevitably go down in flames.

Ultimately, however, Rubio refused to back down.

“I've heard some suggest that I should step aside and wait my turn,” Rubio said earlier this week when announcing his presidential bid. “But I cannot. Because I believe our very identity as an exceptional nation is at stake, and I can make a difference as president.”

He has a compelling message that moves people to open their wallets—and their minds, too. Thus, as this poll seems to demonstrate, perhaps Rubio didn’t make a mistake after all giving up his Senate seat.

Perhaps—and this might be news to Team Bush and everyone else watching—the state of Florida is very much up for grabs. 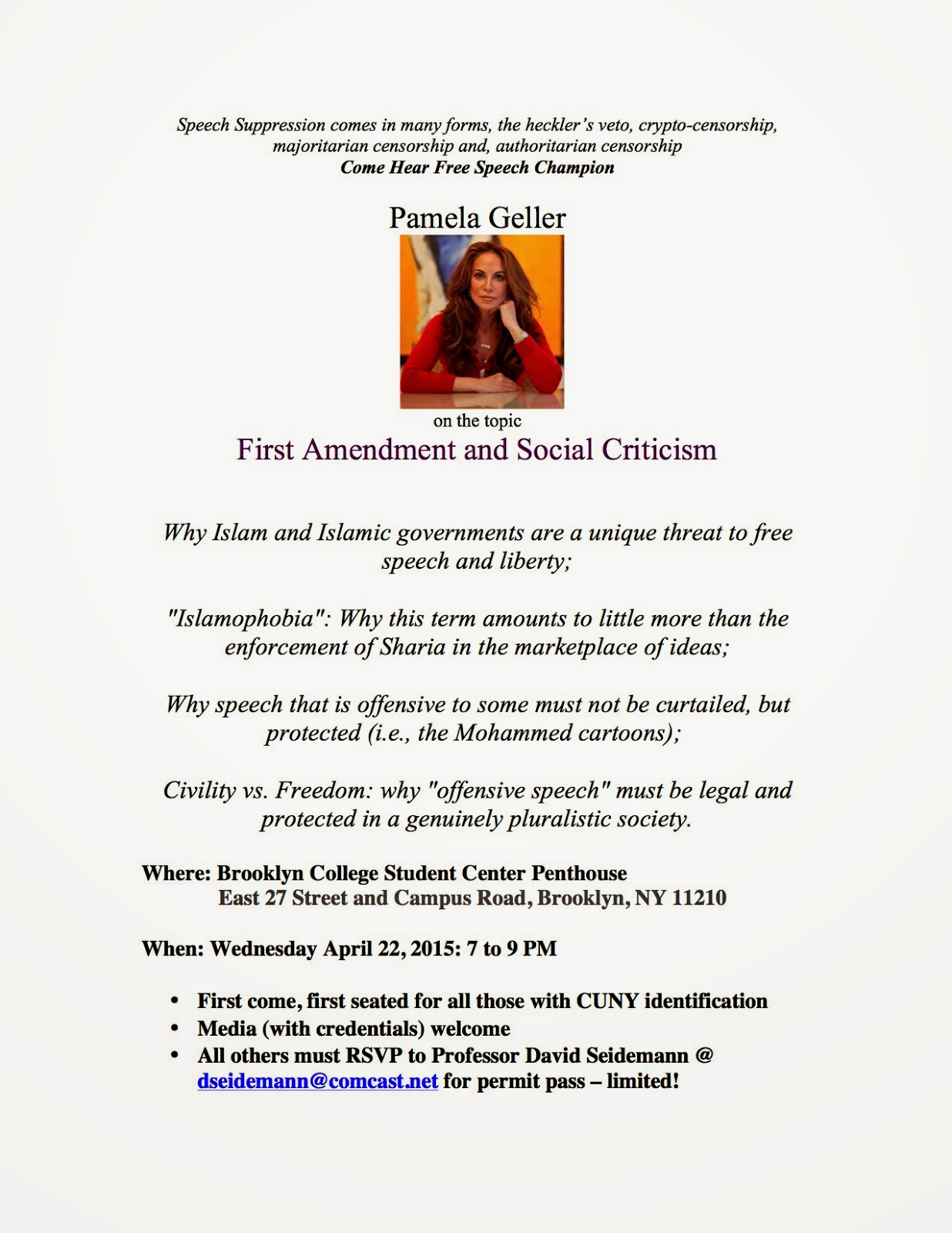 Iranian opposition activist: “Obama is the son of a Shiite father… Some people call him the Iranian lobby in America.”

This claim has been going around for years. One reason why it never dies is because Obama never does anything to disconfirm it. “Commentators on Arab TV: Obama Supports Iran Because His Father Was a Shiite,” MEMRI, n.d. (thanks to Steve): On March 25, during an interview on Hiwar TV, broadcasting from London, Syrian writer […]

If someone is ever inclined to write a comprehensive history of broken campaign promises, they would do well to make the midterm elections of 2014 their grand centerpiece. Americans are used topoliticians who overestimate their ability to get things done, but rarely has an entire political party failed its voters like Republicans have.

Worse, they have a new champion in Jeb Bush. He has joined hands with Senate Minority Leader Harry Reid in asking Mitch McConnell to drive one more nail into the coffin of the GOP. “I think that presidents have the right to pick their team,” Bush said in New Hampshire, regarding the decision over whether or not to confirm Loretta Lynch as Attorney General. “The longer is takes to confirm her, the longer Eric Holder stays as Attorney General.”

That’s the kind of line that sounds good on a stage, but it doesn’t carry a lot of water. Republicans demolished Democrats last November, largely because they vowed to fight this president on a number of issues. One of those issues was executive amnesty, which was at that time only a veiled threat. Confirming Lynch, who did not hesitate to support the president in his actions, would be (yet another) stamp of approval on that amnesty.

Worse than that, though, McConnell himself specifically promised that if voters saw fit to give Republicans the Senate, there would be no vote to confirm any Holder replacement who supported Obama on amnesty.