Slaughtered Over Cartoons
By: Diane Sori

This is but some of what the islamic terrorist savages
slaughtered 12 people in a Paris newsroom over... 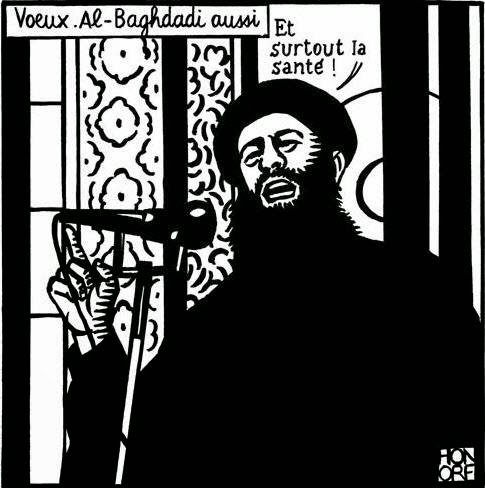 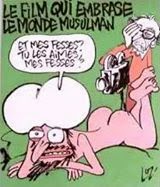 So to these people it is OK to mock
Christians and Jews
but if you dare to
mock mohamed or islam you die. 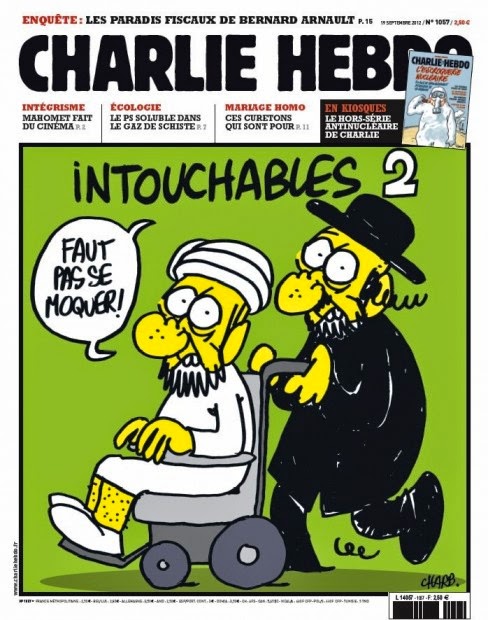 And while Obama did call the slaughter an 'act of terrorism'
he still refuses to call it an 'ISLAMIC act of terrorism'
and that is key for this man and his ilk refuse to accept the fact that we ARE at war with islam and have been since 2001. 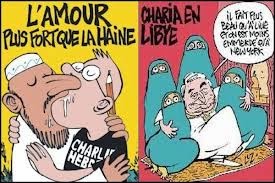 And guess what folks...what happened in Paris can
and probably will happen here. 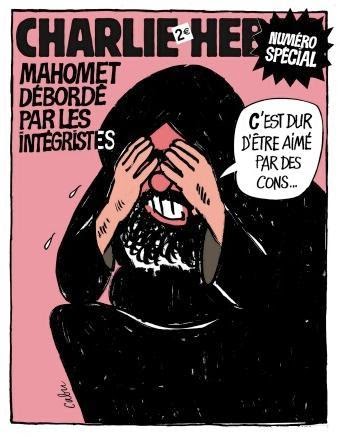 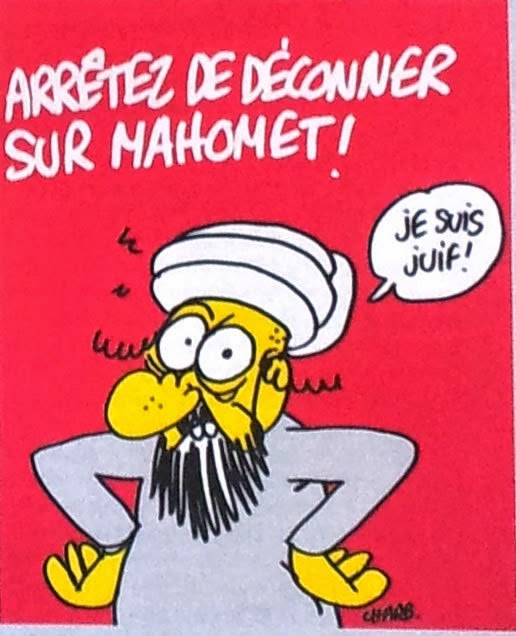 Be warned and be afraid...be very afraid.

Email ThisBlogThis!Share to TwitterShare to FacebookShare to Pinterest
Op-ed:
More of the Same Old...Same Old
By: Diane Sori

"Well, we have heard from a lot of Republicans that, 'Gee, I would vote for somebody besides Speaker Boehner but nobody will put their name out there as running so there's nobody else to vote for.'"
Texas Congressman Louie Gohmert, one of those challenging Speaker John Boehner

NOT good folks NOT good at all as here we had a chance to get rid of the crybaby, Obama placating, Speaker of the House John Boehner and what happens...he's overwhelmingly elected to a third term. I just do NOT get it as we put conservatives into power this past election...or did we.

And some we thought of as true conservatives actually voted for this man to retain his position...people like Rep. Trey Gowdy who I believe should have known better. Missing the actual vote because his flight from South Carolina was canceled due to in-climate weather, Rep. Gowdy issued this statement, "Had our flight not been canceled, I would have voted for our Conference nominee, John Boehner. The position of Speaker of the House is a difficult job as evidenced by the fact that so few members seek the position. Speaker Boehner was approved overwhelmingly by the Conference in November. In fact, not a single other name was placed in nomination." 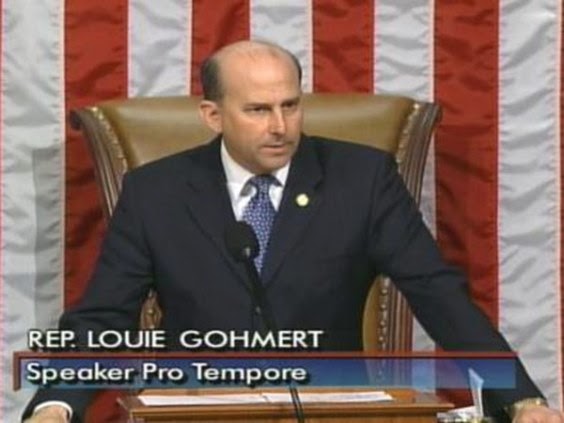 True but NOT totally true.

True that NOT a single other name was placed for 'official' nomination yet three Republicans did want to unseat Boehner, those being conservative hardliners Rep. Louie Gohmert from Texas and from Florida Rep. Ted Yoho and former Florida State House Speaker Daniel Webster. Opening their names up for consideration as Speaker was quite noble but when you add their votes together...along with the other votes submitted as any American citizen can become Speaker whether they are House members or NOT...and even though NO sitting Speaker has had so many defections from their own party in the first vote of a new Congress...and needing but 29 defectors to stop Boehner from getting re-elected... sadly all together they only were able to garner a miserly 24 votes* (plus one Republican from Texas who voted 'present') allowing Boehner to easily get 216 votes, which was more than enough to get him re-elected, especially when only 408 members of the House participated in the Speaker election.

So with Boehner technically now needing just 205 votes to again secure the Speaker position, helping him along were 18 Democrats who missed the vote to attend the funeral of former Democratic New York Governor Mario Cuomo, as their absence lowered the number of votes needed for Boehner to retain the Speakership. And his rubbing Democratic elbows so many times really paid off for Boehner as they now in kind knowingly or NOT returned the favor by their very absence helping to secure him a third term.

And while Boehner said he would NOT play tit-for-tat against those who opposed him, Rep. Daniel Webster and Rep. Richard Nugent (R-Fla.) who led the charge were both kicked off the House Rules Committee (which controls how legislation is considered on the floor), Rep. Tim Huelskamp (R-Kansas) was stripped of a subcommittee chairmanship after he announcing he’d oppose Boehner, and Rep. Randy Weber (R-Texas), was removed as a lead sponsor of an energy bill that is heading to the floor this week, all because they wanted Boehner replaced so just know that Boenmer's gavel will fall again against those that opposed him.

And listening to House GOP Conference Chairwoman Cathy McMorris Rodgers (Wash.), nominate Boehner was truly a sickening Obama-style moment. Saying, “He is a reformer who works everyday to make government more accountable to the people,” and that “He calls himself a regular guy with a big job,” is just plain nonsense as 'regular guys' don't make just under a quarter of a million dollars plus perks per year.

But NO matter how he got there Boehner's being re-elected is a truly sad reflection on today's Republican agenda, especially after the Obama/Democratic shellacking they received his past November...sad commentary when many of those we elected and who we were led to believe were TEA Party candidates...candidates who promised to do the bidding and will of 'We the People'...pulled the wool over our eyes with this vote...the first vote of the 114th Congress as the Constitution mandates that the House Speaker to be sworn in before any other business is conducted.

And so apparently the status-quo will continue on even though Republicans nationwide made it clear that we want a leadership change within the GOP itself, as we are sick and tired of Boehner pushing ahead with Obama's agenda...and with Obama's prodding of course...to get passed contentious pieces of legislation...legislation like the $1.1 trillion federal spending bill passed just a few short weeks ago and last March's Medicare (anything but) 'doc fix' legislation which Boehner and crew rammed through by voice vote instead of going through the standard voting procedures.

So with the final vote standing at 216 votes for Boehner, 164 for 'Botox Queen' Nancy Pelosi, and 28 for various other candidates**, we are in for yet another RINO fest...at least for awhile...all while the Boehner dissenters shored up their conservative credentials and conservative base...a good thing. And we now know that those 24 are indeed worthy of re-election in two years so maybe a bit of good came out of a NOT so happy day...a NOT so happy day that sadly will be repeated for under Boehner's leadership...or should I say lack thereof...there remains NO joint effort between the House and Senate to repeal ObamaCare ...there remains NO major overhaul of the tax code or entitlement reform planned...there remains NO bill to overturn Obama's EO amnesty bill...and there remains NO plan to secure the border. And we still do NOT know if enough Democrats will cross party lines to help pass the much wanted Keystone Pipeline. 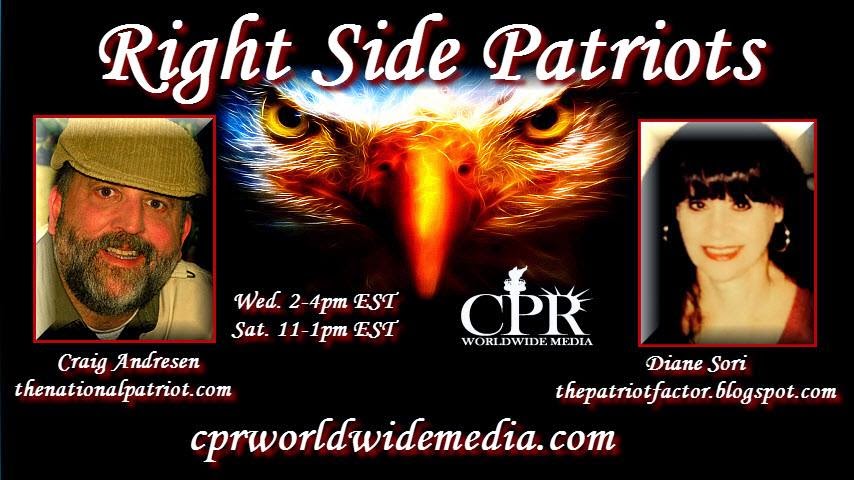 Today, on RIGHT SIDE PATRIOTS on CPR Worldwide Media from 2 to 4pm EST, Craig and Diane will discuss the ramifications of John Boehner again being elected Speaker of the House, yet another cop shooting in NYC along with de Blasio's reaction, and other import issues affecting us all.