A former co-president of a Maryland based nuclear material transportation company was handed an 11 count indictment connected to alleged the Russian bribery and Uranium One scheme on Friday, reports The Daily Wire.

Mark Lambert, the aforementioned former co-president of the company specializing in nuclear transportation services in the United States and abroad was charged “one count of conspiracy to violate the Foreign Corrupt Practices Act (FCPA) and to commit wire fraud, seven counts of violating the FCPA, two counts of wire fraud and one count of international promotion money laundering," according to a Department of Justice report. The company's name was withheld from that report.

The DOJ press release, issued Friday, goes on to say, “The charges stem from an alleged scheme to bribe Vadim Mikerin, a Russian official atJSC Techsnabexport (TENEX), a subsidiary of Russia’s State Atomic Energy Corporation and the sole supplier and exporter of Russian Federation uranium and uranium enrichment services to nuclear power companies worldwide, in order to secure contracts with TENEX."

"According to the indictment, beginning at least as early as 2009 and continuing until October 2014, Lambert conspired with others at “Transportation Corporation A” to make corrupt and fraudulent bribery and kickback payments to offshore bank accounts associated with shell companies, at the direction of, and for the benefit of, a Russian official, Vadim Mikerin, in order to secure improper business advantages and obtain and retain business with TENEX.”

Email ThisBlogThis!Share to TwitterShare to FacebookShare to Pinterest
Professor Claims Anti-Semitism and ‘Islamophobia’ Are Equal Threats

Are “Islamophobia” and anti-Semitism comparable? Reza Zia-Ebrahimi, senior lecturer in history at King’s College London, maintains that the answer is yes. Zia-Ebrahimi recently made this argument with a talk co-sponsored by Harvard University’s Saudi-funded Alwaleed Islamic Studies Program and titled, “When the Elders of Zion Relocated to Eurabia: Conspiratorial Racialisation in Anti-Semitism and Islamophobia.” Speaking […]
Read in browser » 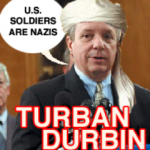 In 2010, Democrat Sen. Dick Durbin (better known as "Turban Durbin" for his Muslim-pandering policies) advocated on the Senate floor for ending the process known as “chain migration,” whereby newly naturalized citizens can bring an unlimited number of foreign relatives to the U.S., a term that he now claims is "racist" when advocated by President Trump.

Durbin, though, is now attacking Trump for popularizing the term “chain migration,” claiming the technical immigration term that he has previously used is offensive to African-Americans, as Breitbart News reported:

Condi Rice: Trump Dealing With NKorea in 'His Own Way'

Former Secretary of State Condoleezza Rice said Saturday that President Donald Trump, with his strong rhetoric toward dictator Kim Jong Un, is trying "in his own way" to let North Korea know that he takes their nuclear ambitions seriously.

"In his own way, what the president's trying to do is to say to the North Koreans you have no idea how seriously I take this," Rice, 63, who served under former President George W. Bush, told CNN host David Axelrod. "And, by the way, that is not a bad thing.
"I think it has gotten the attention of the Chinese as well," Rice said.

Trump and Kim have exchanged heated rhetoric in recent months, as the dictator has increased testing of missiles of various range — and a hydrogen bomb in September.

The president has called Kim a "maniac," a "bad dude," mocking him as "short and fat" and slammed him repeatedly as "rocket man."

Kim, on the other hand, has charged that he would "tame the mentally deranged U.S. dotard with fire," referring to Trump.

Email from a Muslim: “Anyone who doesn’t understand that living conditions under Islam are intolerable is simply blind to reality”

Last Wednesday, the Geller Report brought a harrowing report from a young woman who grew up Muslim, but whose eyes had opened to the oppression and violence that Islam brings, only to be shut down by non-Muslim leftists when she tried to tell them the truth.

Now comes an even more harrowing and eye-opening report from this same courageous woman:


Hi Ms. Geller,
I’m sorry to bother you again, but I’ve also like to share some horrific stories with you. Thank you for taking your time for reading this.

First some background info on myself:

Email ThisBlogThis!Share to TwitterShare to FacebookShare to Pinterest
And damn proud of it! 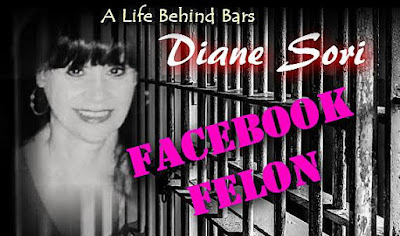 Facebook Has Now Crossed The Line
https://thepatriotfactor.blogspot.com/2018/01/op-ed-facebook-has-now-crossed-line-by.html
Posted by Diane Sori at 9:28 AM No comments: