ICYMI: RUBIO: THE REAL FISCAL CLIFF IS OUR UNSUSTAINABLE LEVEL OF DEBT

Rubio: “The real fiscal cliff is the fact that the middle class is not growing, the economy is not growing and our country continues to owe more money than our economy produces every single year.”

RUBIO: This was not a fiscal cliff. The real fiscal cliff is the fact that the middle class is not growing, the economy is not growing and our country continues to owe more money than our economy produces every single year. I mean our debt's $16 trillion, our economy does - produces less than that every single year. So think about it, our debt is now larger than our economy. And the fundamental issue before us is how can we get the middle class growing again, how can we get the economy growing again, and how can we bring the debt under control which is one of the reasons why the economy and jobs aren't growing. And this bill [has] nothing to do with that. Now look, I appreciate the hard work that went into it and that the folks that worked on it were trying to make the best of a tough situation where taxes were going to go up automatically anyway but I just continue to get frustrated that we're always being given false choices to vote on here. And- and I just, you know I - we're going to be right back at this in two months when the debt limit issue comes up.

HANNITY: Well, you know I used the analogy earlier today: this is the equivalent of putting a Band-Aid on a gun wound and the Band-Aid was infected. You know, it just seems that bad to me. Is there any cutting in this at all, because if you read the CBO numbers, and I know some conservatives don't agree with them, that this fiscal cliff deal is going to add $4 trillion to the deficit compared to current law? Now I know they include tax cuts as lowering income to the government, but is that about right?

RUBIO: Well it is, and obviously, and now we get real technical on it, it depends on which baseline you're using to compare it from. Were you assuming the tax cuts were going to go away? Were you assuming they were going to stay in place? Are you assuming the sequester is going to go in in two months? So there's a lot of assumptions still ... Here's a better way to understand it, you know, our economy today is headed toward an unsustainable level of debt, I mean at 22 - 23 trillion before the end of the next four years. And what's driving that - the single greatest thing that's driving that, it's not foreign aid and discretionary spending, it's the entitlement programs, in particular medicare, which is going bankrupt and needs to be saved. And the longer we wait to deal with that the harder it's going to be to fix this and more disruptive it's going to be to fix it.
Posted by Diane Sori at 11:35 PM No comments:

Facebook has never been known for being friendly to conservatives, but in the last two days, many grassroots conservative bloggers have found the site even less friendly, with many reports of bloggers being blocked from posting their content.

The problem appears when Facebook decides someone is posting to different pages too fast.

Diane Sori, who blogs at the Patriot Factor, told Examiner Thursday that she received the warning before being blocked for two days. When asked, Sori said she has been blocked five or six times before.

After seeing other conservatives complain about the same thing, we decided to put it to the test.

Sure enough, after posting to a few sites, we received the warning to slow down.

We took Facebook's advice and waited a half hour to post something else. After one post, we received the message again. After inserting the code, we immediately got a message that we had been blocked for two days. We contacted Facebook about the problem, but got no response.

According to Sori, this is only happening to conservative bloggers. We spent some time looking for liberal bloggers complaining about the same thing, but did not find any.

"Facebook denied us our right to free speech by NOT allowing us to post our thoughts on the Fiscal Cliff fiasco of Tuesday night," she said in a direct message. "That," she said, "was the theme our blogs had in common."

This is not the first time the social media giant has been accused of censoring conservative speech. In late December, Infowars reported that Facebook began purging sites supportive of the Second Amendment right to keep and bear arms.

"NaturalNews.com’s Mike Adams contacted us to alert us to the fact that 'Facebook banned our account for posting this,' with an attached image of a Gandhi quote about how the British disarmed the citizenry during their rule in India," Paul Joseph Watson wrote on Dec. 27.

Watson also said that Facebook had suspended user accounts "that questioned the official narrative behind the Sandy Hook school massacre."

A website called facebookcensorship.com documents what it says are attacks against conservatives and Christians dating back to 2010.

Sori told Examiner that conservatives do have alternatives to Facebook.

WepluribUs, The Dryer Report, Freedom Torch, Freedom Connector, and Tea Party Community all give grassroots conservatives a place to gather where they can be free from Facebook censorship.
Posted by Diane Sori at 10:42 PM No comments: 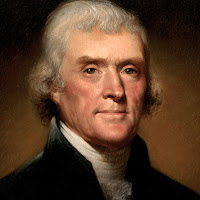 "I think we have more machinery of government than is necessary, too many parasites living on the labor of the industrious."

Posted by Diane Sori at 6:53 PM No comments:

Email ThisBlogThis!Share to TwitterShare to FacebookShare to Pinterest
Op-ed:
85 Republicans should just put a 'D' after their names
By: Diane Sori 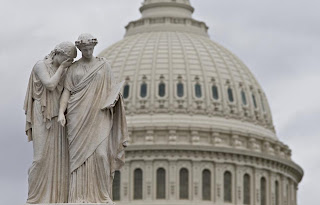 With Tuesday night's passage of the so-called 'Fiscal Cliff Bill,' Barack HUSSEIN Obama kept his campaign promise to fundamentally change America. America has now become like socialistic Europe, changed drastically from the America our Founders intended. Obama's constant bloviations that income taxes must be raised on the rich, because they don't pay their fair share, finally resonated with 85 sellout Republicans. And so they passed this joke of a bill...but the joke is on 'We the People' as the $600 billion worth of tax hikes and ridiculously miniscule spending cuts will come from our pockets NOT theirs.

Welcome to socialism American style with more on the horizon.

Obama cackled immediately after the bill passed that this was a victory for the middle class, but whether those who voted for this abomination care to admit it or NOT taxes for most Americans will go up this year despite Obama's bold-faced lies. It is anything but a victory for middle class taxpayers as these tax increases and minimal spending cuts (delaying oh so wrong automatic cuts to the defense budget by only two months) will probably send our economy back into recession by year's end.

Why...because the current payroll tax breaks will end and go up by 2% hurting virtually all taxpayers, even though the Bush tax cuts stay for individuals making less than $400,000 and married couples making less than $450,000 (at least the Republicans insisted on this), but does let them lapse for income above those thresholds.

Bet you didn't see that one coming...and that's Obama's New Year's gift to the middle class...stinks doesn't it...and remember, ObamaCare will now go into effect and that monstrosity taxes primarily the middle class...so much happiness from one man (insert sarcasm here).

Simply, in a vote of 257 to 167, 85 Republican representatives sold out to Obama and allowed this to happen...NO other way to put it. 85 Republicans turned their back on a Republican core principal...NO NEW TAXES period! And lets NOT forget that now $4 trillion will be added to the deficit over the next 10 years...$4 trillion more dollars on top of the $16 trillion debt we already have.

Obama owns that debt...but the 85 sellout Republicans helped him secure that and stick 'We the People' and our children with it.

And what makes this even worse is that the 85 Republican sellouts voted for this bill simply because they feared that if the bill failed Republicans would be blamed for tax increases. Guess what...as I previously stated we're getting them anyway!


So even with the passage of this abomination NOTHING is over because in a few weeks the battle will continue, this time over the debt ceiling and automatic spending cuts that would hit the Pentagon and defense budget hard. Democrats will continue pushing for tax hikes as part of those debates, while Republicans will continue demanding spending cuts and entitlement reform.

But thanks to Tuesday's vote, Republicans demanding anything is nothing but a joke as Obama now rules the roost and arrogantly gloats so, as witnessed by his statement after the vote, “I will NOT have another debate with this Congress on the bills they racked up.”

Uh...excuse me...the Republicans have in NO way ever racked up as many bills as this arrogant miserable excuse of a president has done...and all on the backs of 'We the People.'

And so the battle will rage on but with 85 Republicans selling out there's little chance of anything good coming from 'Fiscal Cliff part two...The Debt Ceiling.'

The selling out of America continues...Obama built that and Obama owns that...along with the 85 Republican sell-outs who might as well just put a 'D' after their names.
Posted by Diane Sori at 12:52 AM 3 comments: