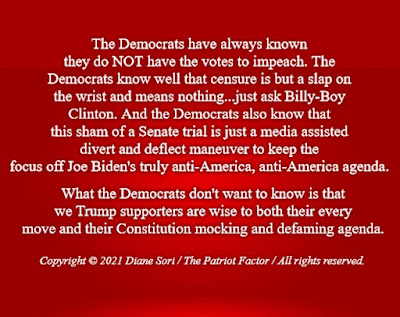 Impeachment 2.0 Could Be Moot If Law Enforcement's New Capitol Riot Lead Pans Out

Law enforcement officials are officially launching an investigation into allegations that the January 6 riot on the Capitol was preplanned. Specifically, the agencies are investigating whether or not the rioters planned their course of attack by taking tours of the United States Capitol and whether or not foreign interference accompanied.
If investigators conclude that foreign interference took place on Jan. 6, this would not be the first time another country attempted to influence America's elections. Back in November, former Department of Homeland Security Secretary Jeh Johnson warned about foreign adversaries attempting to meddle in the 2020 presidential election.
Read entire article and see tweets here:https://townhall.com/tipsheet/bethbaumann/2021/02/10/law-enforcements-new-capitol-riot-lead-crushes-the-dems-impeachment-push-n2584571?utm_source=thdaily&utm_medium=email&utm_campaign=nl&newsletterad=02/11/2021&bcid=3d4d66d62ccaf8073faf9aa664866a8a&recip=19180747
Posted by Diane Sori at 10:10 AM No comments:

The U.S. is joining the world’s worst human rights abusers.

The Biden Administration is bringing America back into the anti-Semitic and corrupt U.N. Human Rights Council. “No other country not Iran, not Syria, not North Korea has an agenda item devoted solely to it. Agenda Item 7 is not directed at anything Israel does. It is directed at the very existence of Israel. It is a blazing red siren signaling the Human Rights Council’s political corruption and moral bankruptcy.” Appalling.

The U.S., which severed all connections to the UNHRC, will seek full membership during election time at the U.N. General Assembly. 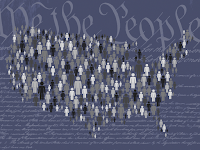 History has shown that sometimes the very tone of a presidency can be set with something as simple as a few words spoken or with promises made but sadly not kept. But even if history is temporarily put aside in what is today's politically divisive America, one can see that it's actually “identity politics” alone that has set the tone for the new Biden administration. And when “identity politics” is coupled with anything but “misspoken” words a very dangerous precedence has been set.

And with the role of President of the United States having in its unofficial job description as he being the one who should not only help unite our country during a time of war but also during a time when political, economic, and/or moral strife overtakes the American home front, words spoken can and at times do take on a cleverly veiled meaning. Take for example these words spoken by President Biden, words to the affect that, "They put their lives on the line and it’s a hell of a price to pay. And every single day...by and large the vast, vast majority of these men and women are decent, honorable people who put themselves on the line. We owe them,"...words which on the surface seem to unite yet words that are anything but uniting. 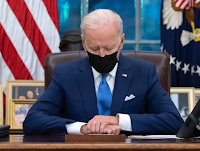 Cloaked words...grievous, uncalled for, and totally inappropriate words...words reeking more of an insult buried within partisan driven political platitudes...words that are anything but true heartfelt words of condolence or uniting for they were words read from a prepared script. Yet those were indeed some of the very words Biden spoke from the Oval Office upon hearing that two F.B.I. agents, Special Agent Daniel Alfin and Special Agent Laura Schwartzenberger, were murdered in cold blood, with three other agents being wounded when trying to serve a federal search warrant in a suspected child pornography and violent crimes against children case here in the South Florida city of Sunrise.

And while Joe Biden's preceding words regarding the two agents...agents whose specialty was investigating crimes against children...were a bit more on the humane and the presidential side, as in, "I can only imagine how these families are feeling today...how my heart aches for the families," the old foot-in-the-mouth Joe quickly resurfaced showing his and his party's true feelings about those who wear what I call “all shades of blue.” And it came via both his unneeded and so unnecessary addition of the two words “vast majority”...words which clearly suggested that too many of those currently in law enforcement are neither honorable nor decent...while at the same time being not only words that bolstered the Democrats belief that law enforcement itself must become a thing of the past, but were words alluding that “blue” lives really don't matter in regards to what has now become the malicious and oh so cleverly orchestrated “uncivil” public discourse.

And said discourse is now overwhelmingly one-sided in nature while at the same time reeking of “identity politics,” what with the BLM sorts coupled with their condoners and appeasers not only promoting their own specifically focused interests, but actually being the ones deciding what will be allowed and won't be allowed to become part of said public discourse...most especially the discourse as it pertains to all aspects of law enforcement.

Unfortunately in today's America...an America now solely under what is Democrat-Socialist party rule...said public discourse seems to dictate that,“Black Lives Matter” more than any other lives do...law enforcement lives included... never mind that it's both reality and morality combined that dictates that either all lives matter equally or that no lives matter at all...with “all” being the operative word that must encompass those “wearing all shades of blue” too.

But when the President of the United States willingly substitutes the what should be correct implication of the word “all” for the politically deemed correct phraseology of “vast majority”...the president knowingly and deliberately has then added his voice to the divisive rhetoric that not only separates the political parties, but actually fuels on the rancor now existing between black and white folks and those supporting law enforcement versus those who do not. And sadly, the later includes now Vice-President...eventually to become Obama's defacto third presidential term...Kamala Harris...the very woman who not only wears her disdain for law enforcement on her sleeve but does so in full public view.

And to add even more fuel to the above stated what has become partisan driven, racially divisive rancor, while at the same time covering up for yet another of Joe Biden's infamous anything but “misspeaks,” his Press Secretary Jen Psaki...a “see no evil, hear no evil, speak no evil,” Democrat party shill...claims that with law enforcement's “roles being questioned over the last several years,” that what Joe Biden wanted to do with his words was to “show his support for law enforcement” because “he believes that the men and women who have been serving our country in a variety of capacities have been criticized, threatened, and questioned over the last several years.

Such pretty sounding words devoid of all substance and meaning for if one truly wanted to show their support for those wearing “all shades of blue,” one would not politicize the word “all” by tuning “all” into “vast majority” especially when said words are used in reference to memorializing the two agents whose family, to my knowledge, Joe Biden in his role as president, has yet, as I write this, to personally call.

What a sad commentary...both emotionally and morally... from the man who claimed when running for president that he wanted to “unite” all Americans as one...those in “blue” most definitely included...but who with his words stated has done quite the opposite. But what can you expect from a figurehead president whose idea of uniting equates to the liberals and progressives being in charge, at least that's what Biden's string puller has told him he must do.

Now remember back to June 2020 to see the foreboding of what was to come when then candidate Joe Biden told a group of black supporters that, “10 to 15 Percent of Americans are ‘not very good people,” while at the same time not only outwardly accusing President Trump of dividing this country along racial lines, but also pledging that if elected president he most assuredly would try to bring the races together. Well folks, that is one promise Joe Biden never intended to keep for when one is but a “placeholder president” there is no way our country's best interests are part of any racially uniting agenda. And why...because racial division coupled with playing the races against each other is a must needed component used to both help manipulate an election's results and turn the public discourse against the police.

And when a country is as divided as we are now courtesy of Barack HUSSEIN Obama, the very man who set the tone for both the current ongoing racial divide and the ever increasing anti-police rhetoric with his, “If I had a son...” comment regarding the thug Trayvon Martin, know that with one half of our fellow countrymen...of which I am proudly one of...still rightfully not accepting of an election manipulated, rigged, and outright stolen, the sum total of Biden’s talk of “healing," “restoring decency," and respecting “law and order,” are but Joe Biden's pandering to those who bought into his Obama fed lies and rhetoric along with being “payment,” if you will, to those whose votes were easily bought and paid for with promises of even more “free stuff” to come.

We now are living in an ideologically split America...a split equally dividing us right down the partisan middle...with our side knowing as fact that as long as the Democrat party hierarchy keeps trying to impeach a Republican president who has already left office; as long as half the country knows that dishonestly and illegitimacy worked in tandem to steal the election; and that as long as a “place holder” occupies the White House with a worst nightmare yet to come...as in Kamala Harris...what Joe Biden calls both “healthy dialogue” and “compromise” are now and will remain next to impossible...with promised “unity” not even close to being on the political radar.

And with Biden's fingers crossed behind his back promise to Republicans that things can be different if, and only if, they are willing to work with him and his party, know that his aforementioned words “all” and “vast majority” in regards to law enforcement are proof that neither he nor the Democrats have any intention of working towards bipartisanship. And if Republicans don't start getting their act together Joe Biden can, in the two years leading up to the midterm election, succeed in shoving not only his racially driven anti-law enforcement agenda down our collective throats but his anything but uniting agenda as well. And this would, in turn, leave a shift in the balance of power truly becoming but an unreachable Republican pipe dream. Case closed.

Tomorrow, Friday, February 12th, from 7 to 9pm EST, RIGHT SIDE PATRIOTS Craig Andresen and Diane Sori discuss 'Unity vs. Identity Politics'; 'Obama’s Third Reich and Other Things I Believe'; and important news of the day.

Hope you can tune in to RIGHT SIDE PATRIOTS on https://rspradio1.com. Click 'LISTEN LIVE' starting at 6:50 pm EST with the show beginning at 7pm EST.
Posted by Diane Sori at 6:35 AM No comments: