Wednesday, August 19th, on CPR Worldwide Media from 2 to 4pm EST...a special RIGHT SIDE PATRIOTS report all about Hillary and the one thing that might finally put her in an orange jumpsuit with GITMO stenciled on the back...the emails. 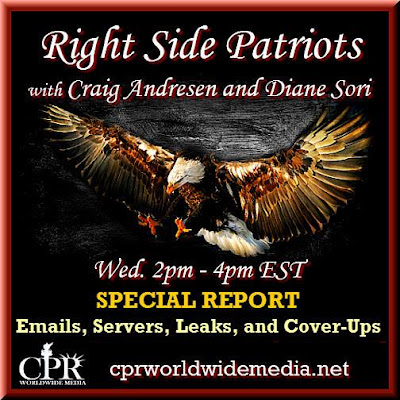 Posted by Diane Sori at 7:43 PM No comments:

The Iranian Supreme Leader keeps giving fresh indications that he is as bellicose as ever and does not consider the nuclear deal to be the slightest impediment to his plans. “We will not let Americans gain influence: Iran’s Khamenei,” Reuters, August 17, 2015 (thanks to Lookmann): Iran’s supreme leader Ayatollah Ali Khamenei said on Monday […]

Posted by Diane Sori at 1:41 PM No comments:

Hamas Top Dog Haniyeh: Hamas will not accept “a separate state in Gaza”

The leader of Hamas,  the party who won the “legislative elections,” has declared that the terrorist group “will not accept a separate state” in Gaza. They want to destroy the whole Jewish state. This has been the Muslim objective since the state of Israel was established and before — all the way back to the Jew-hatred of Muhammad.

And yet the world is working furiously to recognize and establish a terror state whose sole objective is genocide.

After his nuclear pact with Iran, you can be sure that Obama’s next jihad objective is to make a genocidal deal with his coreligionists in Hamas and Fatah on the final destruction of Israel.

Obama means to destroy the Jewish state, in accordance with...

Email ThisBlogThis!Share to TwitterShare to FacebookShare to Pinterest
Investigative Report:
Emails, Servers, Leaks, and Cover-Ups...
Part 2 of 2
By: Craig Andresen and Diane Sori / Right Side Patriots on www.cprworldwidemedia.net 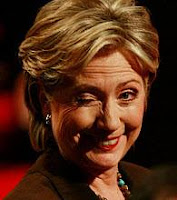 Yesterday, in Part 1 of 'Emails, Servers, Leaks, and Cover-Ups' (http://thepatriotfactor.blogspot.com/201...) we outlined the more than suspicious nature of Platte River Networks, the company that has been in charge of Hillary Clinton’s private email accounts and server since 2013. Given how deep the scandal goes, not to mention the cover-up of the entire situation from alpha to omega...it should not be a bit surprising that the Director of Sales and Marketing for Platte River Networks, one David DeCamillis was once accused of 14 counts of fraud while raking in $1.5 million dollars as an executive for $500 million dollar Ponzi scam artist Lou Pearlman. DeCamillis then took the position at Platte River Networks and declared bankruptcy owing some $24 million dollars in debts.

All of this, along with the disclosures we related in Part 1 of this 2-part report leads one to wonder just what sort of background checks or vetting was done by Hillary Clinton before striking the deal with Platte River Networks. Easy money would say none, but if you were going to violate the Espionage Act of 1917 and knew you would have a great deal to hide...would you go with an above-board company or with an outfit like Platte River which is looking none too good right now?


And who do you suppose paid for the wiping of those servers? We suspect it was Arab monies...via donations to and possibly laundered through the Clinton Foundation...that picked up that tab.

Let's now get down to the emails of Hillary's that we actually know of, who leaked them and why.

Last Tuesday, with a wink and a nod, Hillary finally agreed to turn over her private server to the FBI. Why...because she had ample time to wipe it completely clean and sanitize whatever was there that forensic analysts would have found.

What was on that private server when the FBI finally got their hands on it?

Read the full article here: http://www.thenationalpatriot.com/2015/08/17/emails-servers-leaks-and-cover-upspart-2/
Posted by Diane Sori at 12:00 AM No comments: