Wishing all my blog followers of the Jewish faith a very
Happy New Year. 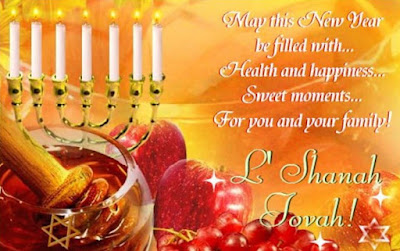 It's over...or is it. Only time will tell but for now American troops have come home not in tangible defeat per se for we were not militarily defeated, but defeated in that their “sense of purpose” was negated by the powers that be who would not allow them to fight to win. Winning “hearts and minds” once again prevented our troops from rendering the enemy dead, just like it's politics alone that sees us leaving American citizens behind to face what is an unthinkable fate with the media still not calling the guilty to task.

But before I get into that let's turn the clock back a bit to roughly two weeks ago when President Trump was still being blamed by Mr. “Blood on his Hands” Joe Biden for the Afghan debacle. Two weeks ago when America's heroes bravely fought on in the guise of an all-volunteer group of U.S. Afghan veterans who launched a daring and dangerous mission behind Biden's and the State Department's back......a mission they called the "Pineapple Express"...to not only bring some of our “at-risk” Afghan allies and their families to safety, but who “unofficially” worked with our military to... Read entire article here.

Posted by Diane Sori at 7:12 AM No comments:

U.S. Secretary of State Antony Blinken denied on Tuesday reports that the Taliban had blocked Americans attempting to fly out of of a northern Afghan city, but said the group had not allowed charter flights to depart because some people lacked valid travel documents.

Reports have emerged over the past few days that 1,000 people, including Americans, had been stuck at Mazar-i-Sharif airport for days awaiting clearance for their charter flights to leave. One organizer blamed the delay on the State Department - criticism echoed by Republicans who have said not enough has been done to facilitate the charter flights. read more

Blinken was speaking at a news conference in Qatar, a U.S. ally that has emerged as a key interlocutor to the Taliban, which seized power in Kabul on Aug. 15 after the Western-backed government collapsed.

Blinken said Washington had identified a "relatively" small number of Americans seeking to depart from Mazar-i-Sharif.

Email ThisBlogThis!Share to TwitterShare to FacebookShare to Pinterest
Not Shocking: The Taliban Are Hunting Americans Stranded by Biden in Afghanistan
Matt Vespa / Townhall Tipsheet

Are we shocked? The Taliban know as long as Joe Dementia remains president, we’re not going to re-invade. We’re out of Afghanistan. Our longest war is over. It was a humiliating defeat that is shared by presidents of both parties, yes. But Joe is the one who left Americans behind. Why? Well, he set an arbitrary deadline and he didn’t want to upset the terrorists by staying longer. I’m not saying we should have made that an indefinite proposal, but at least keep some troops on the ground until all our people are out. Also, that was a promise he made with ABC News’ George Stephanopoulos. I guess that was a lie. So, with Americans trapped and a weak president, what do you think will happen when the Taliban finds our people? They knew who to look for; we gave them lists. These lists were supposedly meant to ensure a speedy departure when we trusted the Taliban to be TSA Kabul in the waning days of our involvement there. It’s clown town. With no troops around, these are kill lists. And yes, the Taliban have now declared it open season on Americans (via Fox News):
Read more and see videos here.
Posted by Diane Sori at 6:58 AM No comments:

Email ThisBlogThis!Share to TwitterShare to FacebookShare to Pinterest
RIGHT RIGHT SIDE PATRIOTS...LIVE!

Today, Tuesday, September 7th, from 7 to 8:30pm EST, RIGHT SIDE PATRIOTS Craig Andresen and Diane Sori discuss 'Leaving Americans and Others Behind'; 'A Coup From Behind the Curtain;' and important news of the day.

Posted by Diane Sori at 6:40 AM No comments: