While today is Easter Sunday...the Holiest of Days to Christians worldwide...I cannot help but to think of the 90,000 Christians murdered last year at the hands of ISIS and other islamic terrorist groups simply because they were Christians.

And I cannot help but to think about how our media played down both Egyptian President el-Sisis's visit here just a few short weeks ago...the very man who tries to protect his country's Christian population...as well as Israeli Prime Minister Netanyahu's visit... the very man who without his protection there would be NOT one Christian nor one Christian holy site left in the land of Jesus' birth, life, death. and resurrection...in the land where Christians and Jews unite together in our Father's love.


And who did the media play up...who did the left fawn over... Jordan's King Abdullah's visit...Muslim Brotherhood operative Abdullah...a man who is NO friend to Christians...a man also striving for the Levant.

But you want to know the saddest thing of all...the collective silence of America's Christian communities both from the lay person and the clergy. If America's Christians and those Christians in other Western countries do NOT raise up their voices in unison...if they do NOT fight back with more than just 'on their knees' prayers...the demise of Christianity worldwide will be on their consciences as their blood will be on the swords of the islamic invaders...as the flower of Christianity sadly withers and dies.
Posted by Diane Sori at 10:16 AM No comments:

Email ThisBlogThis!Share to TwitterShare to FacebookShare to Pinterest
Wishing all my blog followers of the Christian faith
a very Happy Easter. 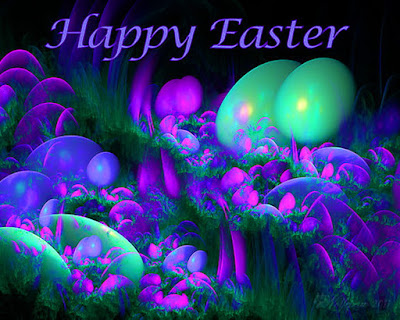