“Empathize With Our Enemies?"

During her recent speech before a half empty auditorium at Georgetown University, former Secretary of State and Democrat Party frontrunner for the White House in 2016, Hillary Clinton suggested that we try to see things from our enemy’s perspective.

And I quote, “Showing respect even for one's enemies. Trying to understand, in so far as psychologically possible, empathize with their perspective and point of view.”

Suggesting that we must “empathize” with the likes of ISIS, Boko Harum, al Qaeda, Iran and North Korea to name just a few seems a bit of a stretch. But I guess we must take Ms. Clinton at her word.

Though after meeting with her political advisors following her speech I’m sure a clarification about what she ‘really said’ will soon be forthcoming. As often happens when Hillary’s tongue gets in front of her eye teeth and she can’t see that what she’s saying is just plain stupid.

But it does make one wonder about that phone call at three o’clock in the morning she’s always telling us about. Will she pick up the phone and ask Kim Jong Un, “How’s the foot feeling ?”; or when Mullah Omar of the Taliban calls will she ask, “How’s your wife (or wives) and kids doing ?”; and after accepting the Iranian leader’s collect call will she say, “I guess I can see your point about wanting to blow us up” ?

Considering her enormous record of achievement as secretary of state, such as,…………Considering her enormous support among Democrats and the liberal media, Hillary can get away with saying any number of stupid things. Her political advisors, aides and her allies in the news media will quickly swoop in to sweep up, after her messing up, as she once again says something so ridiculous that it begs one to question whether she’s fully recovered from that concussion she claims to have suffered.

You know, the one that delayed her testifying before the congressional committee looking into the Benghazi attacks until she had her table pounding indignation fully rehearsed.

I guess we’ll just have to sit back and enjoy the entertainment as her advisors and media allies try to undo the potential damage her recent and future remarks might cause her political ambitions. After all, the heir apparent to Barack Obama can’t appear to be as clueless and out of touch as he has for the past six years.

But that’s just my perspective. I wonder if Hillary empathizes ?
Posted by Diane Sori at 2:02 AM 6 comments:

In the wake of President Obama’s executive amnesty, some on the Right have quite fervently put forth the suggestion that House Republicans should cancel the State of the Union address as some sort of response, or slap on the wrist, if you will. And it’s an idea that’s gained steam among members of Congress and pundits, alike.

But the move would most likely be seen as petty, and one the liberal media would eat up. In the end, it would also accomplish nothing in terms of changing the president’s immigration actions.

It’s a good thing, then, that House Speaker John Boehner has rebuffed those pleas.

"The more the president talks about his ideas, the more unpopular he becomes," Boehner said on Thursday. "Why would I want to deprive him of that opportunity?"
Posted by Diane Sori at 1:54 AM 4 comments:

The 18-year long reign of Sen. Mary Landrieu (D-LA) has finally come to an end in Louisiana. In a landslide victory in Saturday’s runoff election, Republican Bill Cassidy defeated the incumbent and captured the ninth Senate seat for the GOP, capping off a victorious midterm election for his party. Cassidy pulled in 56 percent of the vote, to Landrieu's 44 percent.

The road was rocky for Landrieu from the start. The public found out about her improper use of taxpayer funds, then the fact she doesn’t even own a home in Louisiana. Then, she dissed her constituents. Because of all her missteps and Cassidy’s growing lead, Democrats quickly gave up on Landrieu after the general election on November 4. Now, it’s clear Louisianans have given up on her as well.

And with that, this very long midterm election is over.
Posted by Diane Sori at 1:48 AM 1 comment:

Email ThisBlogThis!Share to TwitterShare to FacebookShare to Pinterest
Today we remember...today we honor those lost. 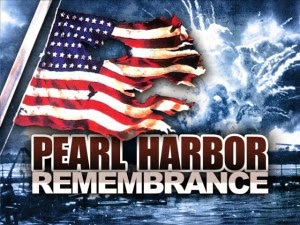 Posted by Diane Sori at 1:36 AM No comments: