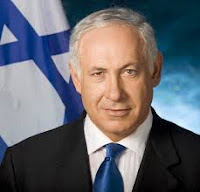 Israeli Prime Minister Benjamin Netanyahu Saturday praised President Donald Trump as being "right" for his executive order to begin building a wall on the U.S. border with Mexico to stop illegal immigration, calling it a "great idea."

In addition, former U.S. Ambassador to Israel Daniel Shapiro noted how Trump's decision might affect the relationship between the United States and Israel.

Trump and Netanyahu will meet in Washington next month.

Trump signed the order Wednesday at the Department of Homeland Security in Washington, fulfilling a longstanding campaign promise.

American taxpayers are expected to pay for the upfront costs, though Trump continues to assert that Mexico will reimburse the money through various unspecified means.

The order was among 12 directives President Trump signed since his Jan. 20 inauguration.

Israel built its border fence with Egypt in 2013 — completing the project the following year — and it has drastically cut the number of immigrants and refugees from Africa who cross into Israel from the Sinai Peninsula.

Trump also cited the Israeli barrier in his interview Thursday with Sean Hannity on Fox News.
"The wall is necessary because people want protection, and a wall protects," he said. "All you have to do is ask Israel.

"They were having a total disaster coming across — and they had a wall.

The court’s stay is temporary; the White House will have it reinstated as soon as possible.

The federal court for the Eastern District of New York issued an emergency stay halting President Donald Trump’s executive order banning entry to the US from seven majority-Muslim countries tonight, following widespread protests at airports around the country.

The left will do everything to undermine our freedom movement. We must fight back with even greater ferocity.

Who is the treasonous judge? Stay tuned.

UPDATE: Shortly after 9 p.m. ET, Judge Ann Donnelly (EDNY) granted the ACLU’s Emergency Motion for Stay of Removal on behalf of a number of people who arrived at U.S. airports, pursuant to lawful visas or refugee applications, but were not admitted entry.

The order states that petitioners have shown a “strong likelihood of success” and that their removal would violate the Due Process and Equal Protection clause, and cause irreparable injury. (Note, this order only applies to those already in the country, and thus protected by the Constitution; the same analysis does not apply to those outside the United States).

As a result, the court issues what is effectively a nationwide stay, enjoining all of the named respondents, including President Trump, Secretary Kelly, and the acting director of the CBP, from the “commission of further acts and misconduct  in violation of the Constitution as described in the Emergency Motion for Stay of Removal.”

The critical part is what they are enjoined from doing: http://pamelageller.com/2017/01/federal-judge-temporarily-blocks-trump-immigration-order-report.html/
Posted by Diane Sori at 8:36 AM No comments: